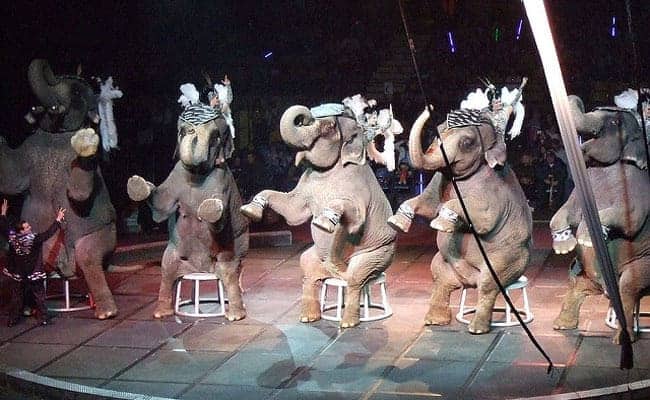 Even though we celebrated when Ringling Bros. announced it would be retiring its elephants, and later closing down, there are still many other circuses and companies dragging them around the U.S. for entertainment. Fortunately, the public is turning against this form of cruelty, and New York is the latest state to confirm this.

The Elephant Protection Act, which was just signed by Gov. Andrew M. Cuomo, will forever ban the use of elephants in any kind of entertainment acts, including circuses, carnivals, parades or trade shows, as of October 2019.

“The use of elephants in these types of settings is dangerous to their health and potentially abusive,” Governor Cuomo said in a statement. “The Elephant Protection Act furthers this administration’s efforts to fight animal cruelty, and create a stronger, more humane New York.”

Research, undercover investigations and news reports have all exposed not only the problems inherent with keeping elephants this way, but also the heartbreaking and violent abuses they’re exposed to behind the scenes, which all causes them tremendous physical and emotional suffering.

“Elephants have been exploited and abused in entertainment acts for too long. Confinement, torture and unhealthy living conditions have led to early death for these intelligent, gentle animals. Today, New York has become the leader in ending this horrible practice. Elephants will no longer be subjected to cruel treatment for our amusement,” said Assemblywoman Amy Paulin, who sponsored this bill along with Senator Terrence Murphy.

New York now joins a growing number of cities and states have taken a compassionate stand for animals by passing ordinances prohibiting wild animal acts and the use of cruel training tools. Still, animal advocates are continuing to push for change on the federal level because the mobile nature of circuses makes it difficult for law enforcement and inspectors to follow up on incidents and violations of laws.

The Traveling Exotic Animal and Public Safety Protection Act would end the use of all wild and exotic animals in traveling circuses once and for all, and send a strong message that using some of the earth’s most iconic species for nothing more than our fleeting amusement is no longer acceptable.

You can show your support for animals in entertainment by signing and sharing the petition asking Congress to pass the Traveling Exotic Animal and Public Safety Protection Act.

For more updates on progress being made around the world, and info on how to help animals in circuses, check out Stop Circus Suffering.

We invite you to share your opinion whether performing elephants in circuses should be banned? Please vote and leave your comments at the bottom of this page.