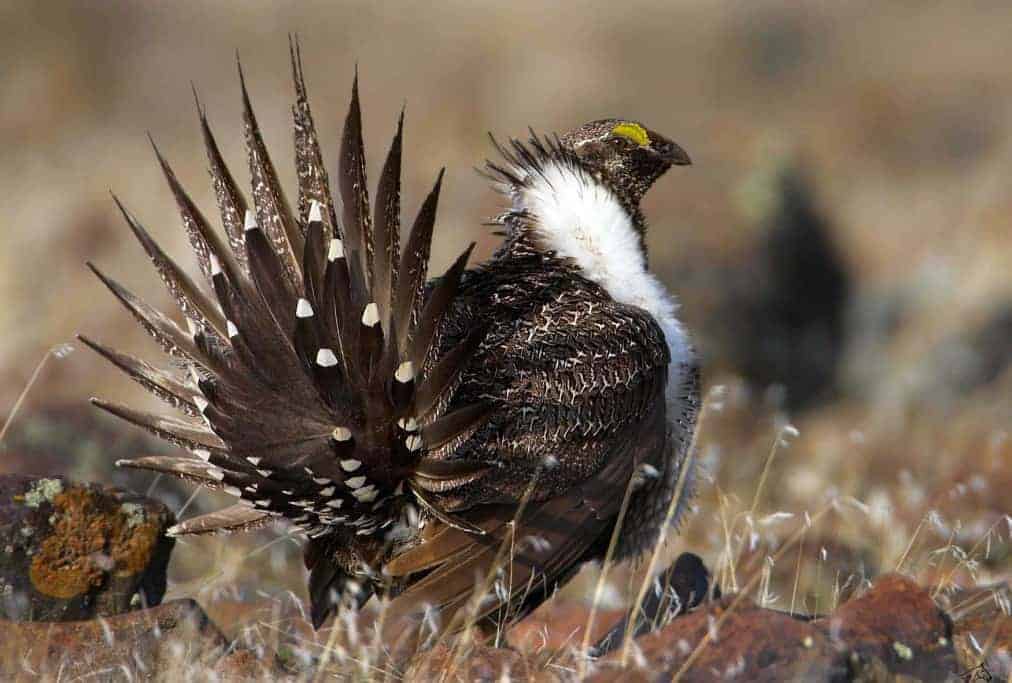 Rep. Rob Bishop (R-UT) and Sen. Jim Risch (R-ID) have introduced legislation that is an extreme and irresponsible attack on your public lands and the wildlife they support. This bill has the Orwellian title of the “Greater Sage Grouse Protection and Recovery Act,” (S.273, H.R.527).

These bills would do the opposite of what their titles suggest by handing over management of your federal public lands to states that want more industrial destruction of sage grouse habitats, and by blocking conservation efforts under the Endangered Species Act and other federal laws that protect our environment. A more accurate title would by the “Greater Sage Grouse Extinction Act.”

Tell your elected representatives that you support sage grouse and oppose the gutting of federal environmental protections!

This bill would undermine the most essential environmental protections on federal lands. State sage grouse plans are far weaker on habitat protection than the recent federal sage grouse plans (which are not biologically adequate but, for now, that another matter).

Where state and federal plans differ, the Bishop-Risch extinction act would give state governors in pro-industry states like Wyoming, Utah, and Idaho control over all decisions on federal public lands that involve sage grouse – that’s virtually every public land decision!

And to cap it all off, this bill would block lawsuits on these decisions, meaning that state governors could violate federal environmental laws as much as they like without worrying that their actions will be overturned by the courts!

This bill also attacks the Endangered Species Act by preventing the greater sage-grouse from being protected under the ESA before 2027, regardless of how low their populations go, or how much scientific evidence shows that urgent protections are needed to avert extinction.

Make a phone call to your Representative and Senatorsor writeand urge themto vote against extinction and stand up for our federal environmental safeguards!

Phone calls are even better than emails. Please call or write today!

This article was first published by The Wildlife News on 27 Mar 2017.

We invite you to share your opinion whether protections on the Greater Sage Grouse should be removed? Please vote and leave your comments at the bottom of this page.