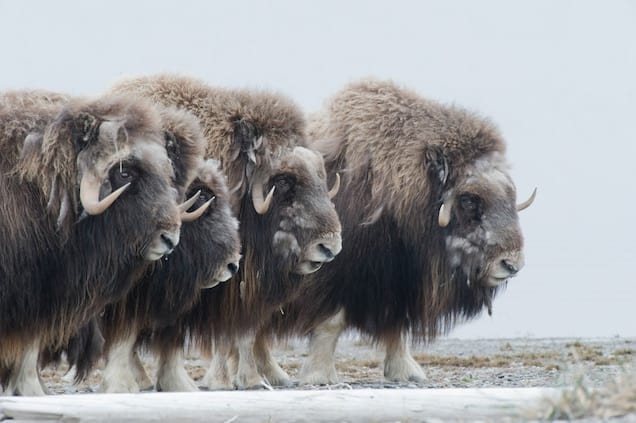 When Alaska’s Arctic National Wildlife Refuge was established in the 1960s, the U.S. government had several goals in mind—chief among them protecting the region’s unique wildlife and wilderness.

But the region has one extremely contentious asset that has sparked controversy for decades—nearly 10.3 billion barrels of petroleum under the ground.

Now, Congress is proposing legislation through the budget reconciliation process that could open up this region to drilling. A partisan budget bill that is expected to pass this week could quietly allow companies to begin oil and gas operations in the state in order to offset budget and tax cuts.

The bill is supported by Republican Senator Lisa Murkowski of Alaska and Secretary of the Interior Ryan Zinke, whose eyes are on the region’s petroleum. They say that resource is capable of generating $1 billion in government revenue.

Across the aisle, Democrats led by Senator Ed Markey (D-MA) are proposing an amendment that could protect the refuge. They say it’s essential to preserve one of America’s most expansive and untouched natural areas.

Drilling advocates argue that oil and gas extraction can be done safely, while environmentalists are quick to point out that accidents are possible and have happened on more than one occasion.

Essentially, Republicans argue that the refuge holds the keys to energy independence and an economic boom, while Democrats say oil and gas drilling will disrupt delicate ecosystems and the communities that rely on them. The debate represents a schism in American political ideology that claims to champion the same goals but attempts to meet those goals through totally different methods.

So what’s at stake, anyway?

Wildlife and wilderness are vague terms, but the photos above show exactly what those words mean. The region is home to 36 species of fish, massive herds of caribou, and birds that migrate north from throughout the country.

As environmental reporter Craig Welch wrote for National Geographic about the Obama administration’s proposal to legally protect ANWR in 2015:

“It is the only refuge in the United States that is home to grizzly bears, black bears, and denning sites for polar bears, and it provides a wildlife corridor that stretches from the Canadian border across Alaska to the Chukchi Sea.”

In a New York Times op-ed, the Wildlife Conservation Society’s Martin Robards and George Schaller describe the region thusly: “This is a landscape of surprising beauty and biological diversity: 31,000 square miles of the craggy Brooks Range, valleys of spruce forest and flower-filled tundra extending north to the Arctic Ocean.”

Most Americans will never be able to visit ANWR, so photos and videos taken by those who can are the next best thing. View the photos above to see the refuge for yourself.

We invite you to share your opinion whether the Alaska Refuge should be opened up for drilling? Please vote and leave your comments at the bottom of this page.