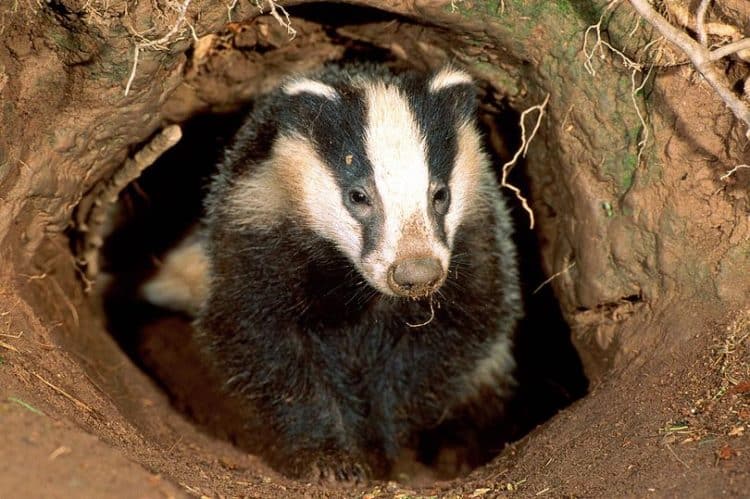 Just one in 12 badgers found dead on roads has bovine tuberculosis, a Government-backed study has revealed – sparking calls to scrap the controversial cull.

Researchers from Nottingham University collected and tested 610 “roadkill” badger carcasses, but found only 51 infected with the disease.

The revelations came from a £497,000 study funded by the Department for the Environment, Food and Rural Affairs – the Whitehall ministry responsible for tens of thousands of badgers being culled.

A 37-page report by Professor Malcolm Bennett, of Nottingham University’s School of Veterinary Science and Medicine, outlined findings showing just 8.3% of the dead animals his team surveyed had bTB – despite the creatures being blamed for giving the disease to cows across England.

Up to 64,657 badgers are due to be slaughtered this autumn to curb the spread of bTB.

The study was ordered in 2016 and completed in June 2018 – meaning three more “culling seasons” have taken place since it was finalised.

Animal welfare campaigners said the report proved the controversial killing programme was doomed to fail to stop the spread of bTB.

He told the Mirror the study “clearly shows that the vast majority of badgers being killed under cull licences are completely TB free and their death will have no impact whatsoever on lowering bovine TB in badgers or cattle”.

He added: “It’s a national disgrace that badgers are being pushed to the verge of local extinction in areas of England where they have lived since the Ice Age as a result of culling, when the Government have evidence to prove the vast majority do not carry bovine TB.

“The Government could kill every badger in England but bovine TB will remain in cattle herds as it’s primarily a cattle-based disease.”

Prof Bennett’s report says: “Carcasses were collected by a range of stakeholders: farmers (recruited through the NFU and local TB groups such as the Cheshire TB Eradication Board), veterinary practices and wildlife groups.

“In addition, some local authorities and businesses engaged with the study and contributed badgers, and university staff involved in the study also collected carcasses encountered while travelling.”

Of those, 51 “were culture positive and confirmed by PCR (polymerase chain reaction test) as MTC (mycobacterium tuberculosis complex)”, according to the report.

That found only three badgers out of 372 tested had bTB, though rates were already thought to be lower in those areas.

Cull opponents seized on the findings to renew calls for the scheme to be axed.

Mr Dyer said: “In September the Government hugely expanded the badger cull across England, which could result in over 65,000 more badgers being shot by the end of 2020.

“They claimed this huge increase in badger killing was justified in view of the high level of bovine TB in the badger population.

“However, this publicly-funded study on the prevalence of bovine TB found in badgers shows this is not the case.”

The Government has claimed the cull will begin to be phased out in the next few years, with vaccination of badgers being increased instead.

In July, it announced trials for an inoculation for cows will get underway amid moves for a vaccine by 2025.

A Defra spokesman said: “Bovine TB is one of the most difficult and intractable animal health challenges that the UK faces today, causing considerable trauma for farmers and costing taxpayers over £100million every year.

“No one wants to continue the cull of a protected species indefinitely – that is why we are accelerating other elements of our strategy, including vaccination and improved testing so that we can eradicate this insidious disease and start to phase out badger culling in England.”

It is understood publication of the report was delayed to allow the researchers time to finalise further analysis and publish in a peer reviewed journal.

This article was first published by The Mirror on 8 November 2020. Lead Image: Badger cull critics called for the scheme to be scrapped (Image: Getty).

We invite you to share your opinion whether the badger cull in England should be abandoned and replaced by vaccination? Please vote and leave your comments at the bottom of this page.