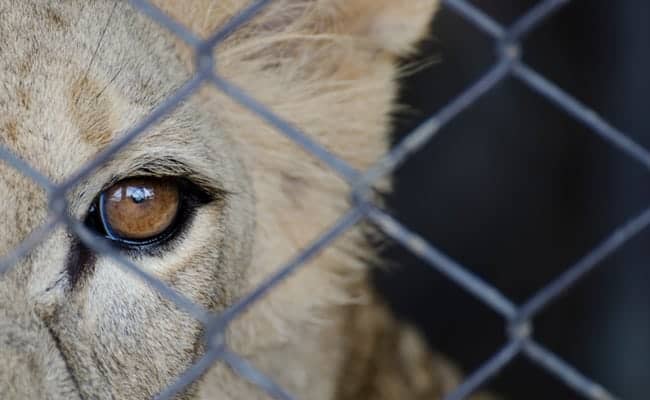 In a victory for wildlife, South Carolina has officially passed a law that bans keeping dangerous wild animals as pets.

The new law, which was just signed by Governor Henry McMaster, will now ban the private possession of big cats, non-native bears and great apes.

“We applaud the provisions of this bill that prohibit the private ownership of dangerous wild animals such as tigers, bears and chimpanzees, which is critical for ensuring public safety and animal welfare. South Carolina’s lawmakers have taken a very important step forward in passing this law,” said Kim Kelly, South Carolina senior state director for The Humane Society of the United States.

Before this, South Carolina was one of just five states that have no statewide regulations regarding the private possession of dangerous wild animals, and it’s a big problem for both animals and us.

Not only does keeping wild and exotic animals as pets pose serious welfare concerns for them, it also poses a number of health and safety risks for us.

Due to their very nature, even if they were born in captivity and hand-raised, they still have their instincts and innate needs that can’t be provided for in most private settings. Sadly for these animals, many people take them on without fully understanding that, and are unable to provide them with the specialized care, housing, diets and socialization that they require to keep them both physically and psychologically healthy. While sellers are happy to pawn off adorable baby animals, those babies quickly become too difficult, destructive and dangerous to handle.

Some may be lucky enough to make their way to sanctuaries, but there isn’t room for all of them, and others may end up languishing in completely inappropriate situations.

As Care2′s Laura Goldman pointed out earlier this year when this legislation was introduced, there have also been a number of incidents in South Carolina involving dangerous wild animals who attacked people, that point to a need for far tougher restrictions on private possession of dangerous wild animals.

There are a couple unfortunate provisions: people who own exotic animals as of January 1, 2018 will be allowed to own them for the remainder of their lives. Additionally the lawdoesn’t include roadside zoos,but they will at least have to take additional measures to continue keeping them.

Hopefully the remaining four states, including Alabama, Nevada, North Carolina and Wisconsin, will soon follow with legislation that will bring an end to people trying to keep dangerous wild animals as pets.

There’s also hope that this issue will be addressed on the federal level with legislation including the recently reintroduced Big Cat Public Safety Act, which will make it illegal to keep big cats as pets in the U.S.

We invite you to share your opinion whether the keeping of dangerous wild animals as pets should be banned? Please vote and leave your comments at the bottom of this page.

With failing taxation, the only reason some species are here today is people raising them. Scimitar Oryx is one, raised in Texas hunted in Texas. Sent from Texas back to Sub Sahara countries for release,

There are fewer and fewer habitat areas where”wild animals” can survive outside of mans controlled environmental impact. The only hope for many species will be with in mans protection. Laws which are passed that prevent a individual from caring for an injured or homeless member of a species that can not be released into a safe environment is usless in protecting that species. We are loosing species to extinction daily because of false protections setup by agencies intent to protect the public. However very few laws protect the habitat in which those species are require to have for survival. If… Read more »

Thank for news. This law another crumb that will inadvertently benefit animals tho’ it’s purpose is concern for human health & safety risks from keeping them as pets. A good thing but too many others left languishing in Roadside Zoos. Alabama, No. Carolina next & Nevada & Wisconsin or a Fed. law, is still left to hope for.

Depends. I feel that if the owner of an exotic animal goes out of there way to get all the legal paper and all there things he need to properly care for the animal then not it shouldn’t be band but if the exotic animal is to the point of Extinction or the owner won’t be taking care of their animal properly or get the required legal papers then yes ownership should be band

yes, humans are not fit to look after wild animals, they belong in the wild!