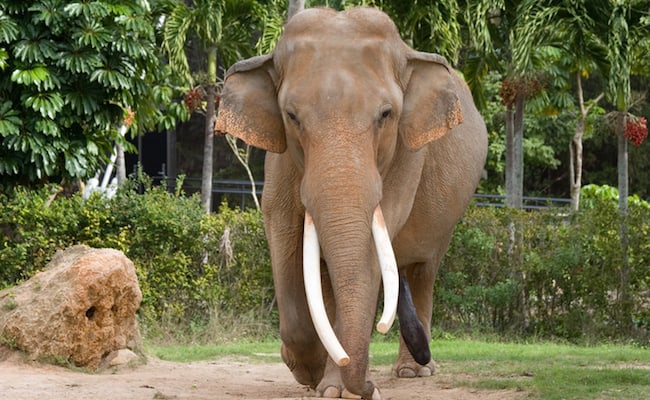 A newly published study in Nature Communications imparts some critical information about how captivity negatively affects the lifespan of elephants.

In truth, previous research has already established that elephants in zoos live fewer years than those that roam free. The new ground this study breaks is in looking at the lifespan of elephants that were born into captivity and those that were captured from the wild. On average, those that had a taste of freedom and then were kidnapped lived three to seven years less than the elephants that only knew captivity.

From that data, it can be inferred that the trauma of being snatched and transported to a new “home” takes years off the elephants’ lives. It makes sense, yet the confirmation makes it no less sad.

The researchers also charted the various means of capture to determine whether sedation, lassoing or stockade was less injurious to the elephants in the long-term, but no difference could be found. “This means that all these methods had an equally negative effect on the elephant’s subsequent life,” said the study’s author, Dr. Mirkka Lahdenpera.

One difference the study did pinpoint was that older elephants suffered the most. Elephants captured in their youth lived longer than their counterparts that weren’t captured until adulthood.

Furthermore, elephants were most at risk of dying within the first year of being captured, suggesting that their bodies don’t cope well with the abrupt and involuntary change in lifestyle.

Add to that they don’t breed at rates comparable to the elephants born into captivity, and you’ve got to wonder why it’s even “worthwhile” for enterprises to pull elephants from the wilderness. Even today, 60 percent of elephants in zoos have been taken from the wild, which goes to show how unsuccessful reproductive efforts have been.

Animal experts say they can trace the progressively broken spirit of elephants through years of captivity. It’s no wonder that they may lose the will to live prematurely.

Last year, troubling video footage of elephants being captured to be placed in zoos surfaced, and it’s no wonder that the experience is traumatizing enough to shorten their lives.

At this point, 5,000 of the approximately 15,000 remaining Asian elephants in the world are being kept in captivity. Considering that no method of capture is healthy for the longevity of these creatures, the lesson should be that wild elephants ought to be left in the wild.

In honor of World Elephant Day and this newly acquired knowledge, let’s use our collective effort to help free an elephant that should have never been yanked from the wild in the first place. Billy the elephant was born in Malaysia, then captured and brought to cramped quarters at the Los Angeles Zoo.

Join hundreds of thousands of other Care2 members in signing this petition to call on the zoo to release Billy from captivity and live out his remaining days at a sanctuary.

We invite you to share your opinion whether the keeping of elephants in captivity should be banned? Please vote and leave your comments at the bottom of this page.