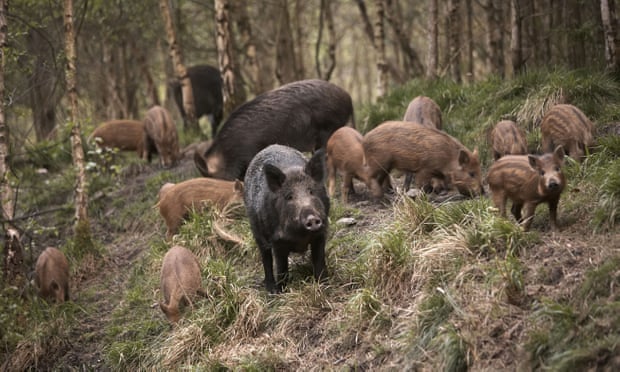 The National Trust has been criticised for planning to cull wild boar at its Stourhead estate in Wiltshire.

It said it had taken the “difficult decision” to remove the animals from its land following reports that members of the public were feeling intimidated by the prospect of coming face-to-face with a wild boar. The charity added it felt it needed to sanction a cull to protect its staff.

The trust said: “Following recent reports of an unlicensed reintroduction of wild boar on land adjacent to the Stourhead estate and several reports of members of the public being confronted and intimidated, we have taken the difficult decision to remove the animals from the estate.

“We only made this decision after considering the alternatives and after consulting with Natural England. Unfortunately, there are some instances where humane control is necessary – for instance where there are safety concerns for our visitors, staff or volunteers; or to protect other species or habitats. We never take this decision lightly.

“Any cull of wild boar will be carried out by an experienced and licensed marksman who conforms to National Trust standards of safety and animal welfare.”

The 2,650-acre estate is known for its lake, which reflects classical temples, grottoes and rare and exotic trees. It has attracted visitors in the autumn when the colour of the trees can be particularly striking.

Matt Mellen, an environmental campaigner from Frome in Somerset, said: “I think its inappropriate for the National Trust to be hiring marksmen. I think a lot of National Trust members wouldn’t want their membership fee spent on that. There must be more humane ways to keep them off the Stourhead lawns – such as electric fences.

“There used to be wolves and bear and lynx in the UK but compared to countries like France and Germany we have very low levels of wildlife.”

Richard Bray, also from Frome, spotted two boars in a cleared area on the edge of a wood while driving to work. He said: “I stopped to take a picture of them, they took no notice of me at all, they didn’t seem bothered. The idea of culling them makes me a bit angry.”

Fred Nicholls, who farms about six miles from Stourhead, said he saw wild boars regularly in woods near his property. He said: “They’ve been there for years. The general public need to be made aware just how dangerous they can be. You can’t have them about. They cause too much damage and they are a danger to the public.”

This article was first published by The Guardian on 19 Nov 2018.

We invite you to share your opinion whether the National Trust should be allowed to slaughter wild boar on its estates? Please vote and leave your comments at the bottom of this page.