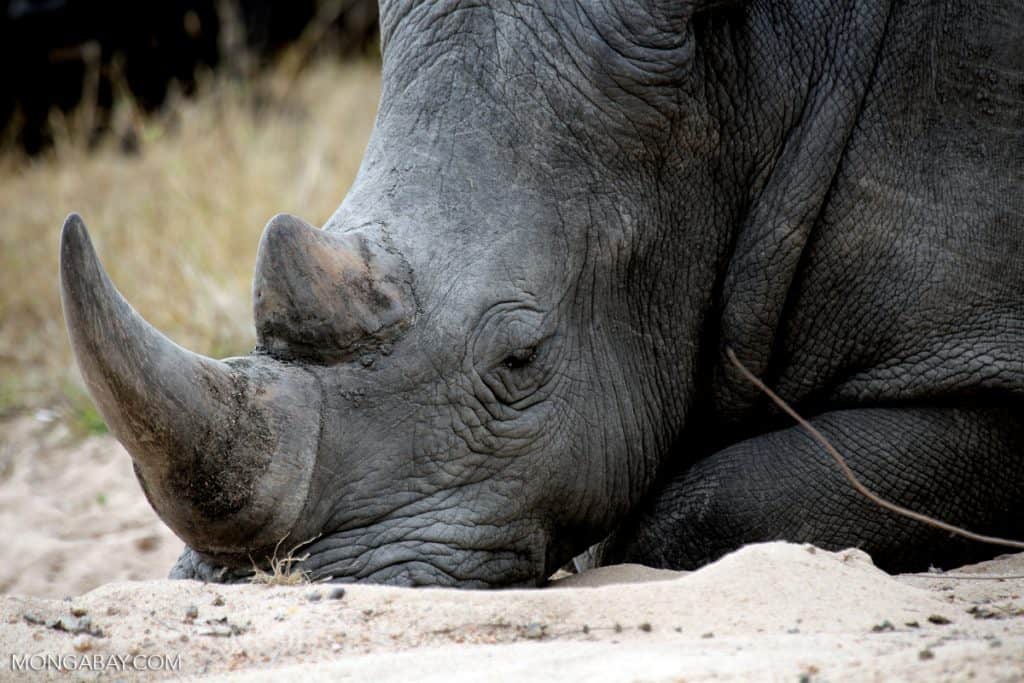 A top court in South Africa just made it legal to trade in rhino horns within the country.

Commercial rhino breeders have welcomed the decision, arguing that an open, legal trade in rhino horns will end the poaching of rhinos and will help pay for their protection.

However, several conservationists argue that there is no domestic market for rhino horns within South Africa and that a legal domestic trade would only worsen rhino poaching in the country.

“Legal trade in rhino horn is not the way to stop rhino poaching,” Susie Watts of WildAid’s Africa Program, said in a statement. “All it does is stimulate demand and provide a cover for illegal trade. Legalizing trade in ivory, for example, did not saturate the market, but encouraged consumption. Elephant poaching skyrocketed as a result.”

“There is no domestic demand for rhino horn products and, as the pro-trade lobby very well knows, the reason why the moratorium was implemented in the first place was to prevent domestic trade from being used as a cover for smuggling,” Watts added.

South Africa, home to 70 percent of the world’s 29,500 rhinos, is currently reeling from a poaching crisis. In 2016, an estimated 1,054 rhinos were poached, while 1,175 rhinos were killed in 2015, and another 1,000 were poached in 2014. In February this year, armed poachers broke into a rhino orphanage, took the staff hostage and killed two rhinos.

The biggest markets for rhino horns — made of the same material as fingernails and hair — occur in Vietnam and China, where they’re primarily used in traditional medicine as cures for anything ranging from hangovers tocancer.

“Whilst we are studying the implications of the order handed down by the Constitutional Court, it should be noted that the court’s decision should not be construed to mean that the domestic trade in rhino horn may take place in an unregulated fashion,” Environmental Affairs Minister Edna Molewa said in a statement.

Molewa added that all domestic trade in rhino horn would besubject to “obtaining the relevant permits and to applicable provincial legislation being obtained.”

This article by Shreya Dasgupta was first published by Mongabay.com on 06 Apr 2017.

We invite you to share your opinion whether the sale of rhino horns should be legalized? Please vote and leave your comments at the bottom of this page.