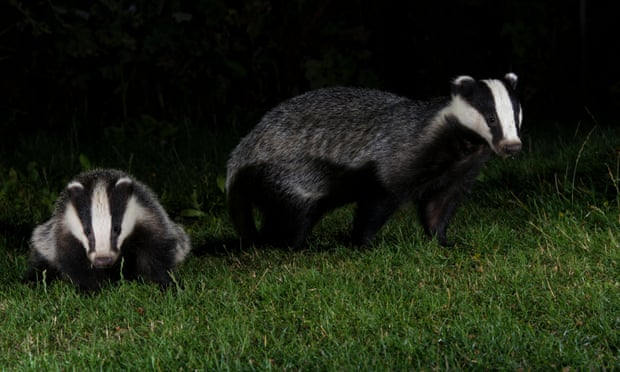 No new mass culls of badgers will be allowed in England after 2022, under government plans announced on Wednesday.

Since 2013 more than 100,000 badgers have been killed in culls that are intended to reduce tuberculosis infections in cattle. About 30,000 cattle are slaughtered each year at a cost of £150m.

The drive to eradicate bovine TB (bTB) will instead focus on vaccinating badgers and cattle and tightening restrictions on the movement of cattle. The environment secretary, George Eustice, said progress was being made on a cattle vaccine and it could be available from 2025.

Large-scale badger culling is usually licensed for four years, meaning any new culls permitted in the next two years would end in 2025. Eustice said limited culling may be allowed after that in “exceptional circumstances to address any local disease flare-ups”.

Ministers announced their intention to phase out badger culling in March 2020, and Wednesday’s statement sets out a timetable for the first time. A public consultation on the plans will also consider steps to increase the uptake of farm biosecurity measures and to improve the testing of cattle.

An independent review published in 2018 found that the frequent trading of cattle and poor biosecurity on farms was severely hampering efforts to tackle bTB and said it was wrong to blame badgers as the main cause of the outbreaks. It said it was “highly desirable” to move from culling to vaccination of badgers.

Eustice said on Wednesday: “Bovine TB is a slow-moving and insidious disease that causes devastation for farmers. Our badger control policy has helped to turn the tide on this disease but no one wants to continue the cull of badgers for a moment longer than necessary.”

In a statement to parliament, he acknowledged that “badger culling is one of the most contentious and divisive policies within our bTB eradication strategy”.

Dominic Dyer, of the animal charity Born Free, said: “The badger cull policy has increasingly become political poison for the government. To date over 140,000 badgers are believed to have been shot, at a public cost of over £60m, in areas stretching from Cornwall to Cumbria.

“Despite the huge cost and cruelty of badger culling, the government has provided no reliable scientific evidence to prove this policy alone is having any significant impact on lowering bTB in cattle in or around the cull zones. The [end of culling] is better for farmers, taxpayers and the future of badgers.”

The government said a scientific study of the first four years of culling showed significant reductions in bTB infections in cattle. But the study’s authors said changes to how the cull was conducted over time “in response to political climate” made the analysis challenging. One of the areas studied recorded a rise in bTB the year after the study ended.

Prof Rosie Woodroffe, of the Zoological Society of London, who worked on a previous 10-year trial of badger culling, said: “Replacing badger culling with badger vaccination is likely to be good news for both badgers and farmers, because the available evidence suggests that vaccination will be a better tool for eradicating TB in the long term, as well as being more humane, less environmentally damaging and cheaper.

“Farmers are rightly calling for evidence on how effective badger vaccination is in protecting cattle from TB. Although the evidence available is promising, the data are limited and the government would have benefited from investing more in securing this evidence at an earlier date. Still, better late than never.”

Stuart Roberts, the deputy president at the National Farmers Union, said: “Farmers would like to use all effective measures to control this disease. But if the government wants to phase out one successful measure [badger culling], it must be 100% satisfied that any changes to an alternative must be proven to be equally effective. Make no mistake, this disease continues to devastate farming businesses and their families.”

This article was first published by The Guardian on 27 January 2021. Lead Image: Badger culls were carried out to reduce tuberculosis infections in cattle. Photograph: Toby Houlton/Alamy.

We invite you to share your opinion whether the UK Government should abandon its failed, large-scale badger culling? Please vote and leave your comments at the bottom of this page.