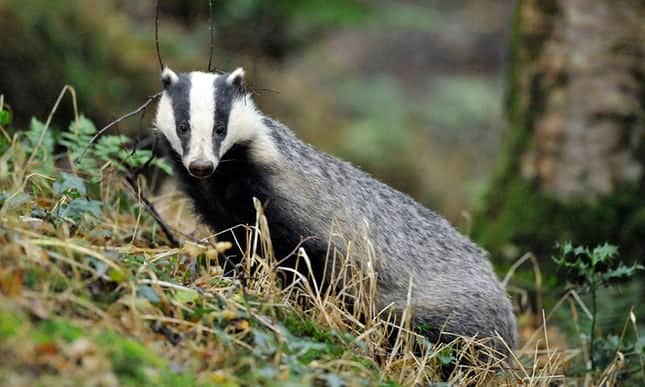 The cost of policing the controversial badger cull in just one of the 21 zones last autumn approached the £1m mark – the equivalent of more than £1,000 for every animal killed there.

Objectors to the cull described the bill for Cheshire as a horrendous waste of public money and called for the policy to be scrapped on economic as well as animal cruelty grounds.

The zone in Cheshire was one of 11 new areas where the cull, which is designed to help eradicate bovine TB in cattle, took place in the autumn of 2017.

In January, a member of the organisation Wounded Badger Patrol asked Cheshire police under freedom of information legislation how much the operation for policing the cull – codenamed Operation Aviator – cost.

At first the force said it did not hold the information but a member of the patrol, appealed, writing: “Having been out in the cull zone five nights a week and the police liaison for one of the groups, I know how many police officers were taken off normal duties … as well as seeing the number of police in cars/riot vans out each night of the cull period.”

Last month the force apologised for not providing the information and revealed it had charged the Home Office £831,000 for the badger cull operation.

According to government figures, 736 badgers were killed in the Cheshire zone in 2017 over 48 days. In all, there were 21 cull zones in England in 2017 involving seven police force areas.

“During a time of economic austerity it’s shocking that not far short of a million pounds of taxpayers’ money can be found to police the government’s badger cull in Cheshire.”

Jay Tiernan, of the Stop the Cull group, said: “We think everyone should be asking how is this policy delivering its forecast of saving money.” Stop the Cull will be asking its supporters to contact the National Audit Office and request an investigation.

Dominic Dyer, CEO of the Badger Trust, called the bill in Cheshire “horrendous”, adding: “The badger cull is becoming the most expensive wildlife destruction policy in British history.

“To date we estimate that the government has spent over £50m of public funds killing just over 35,000 badgers. If the badger cull is massively expanded as [the environment secretary] Michael Gove plans, we could see public costs spiral to over £100m by 2020.”

A government spokesperson said the average cost of policing each zone had declined significantly year on year and it expected the same to happen in Cheshire.

The spokesperson said: “Bovine TB is the greatest animal health threat to the UK and costs taxpayers more than £100m each year.”

We invite you to share your opinion whether the UK’s failed badger cull policy should be abandoned? Please vote and leave your comments at the bottom of this page.