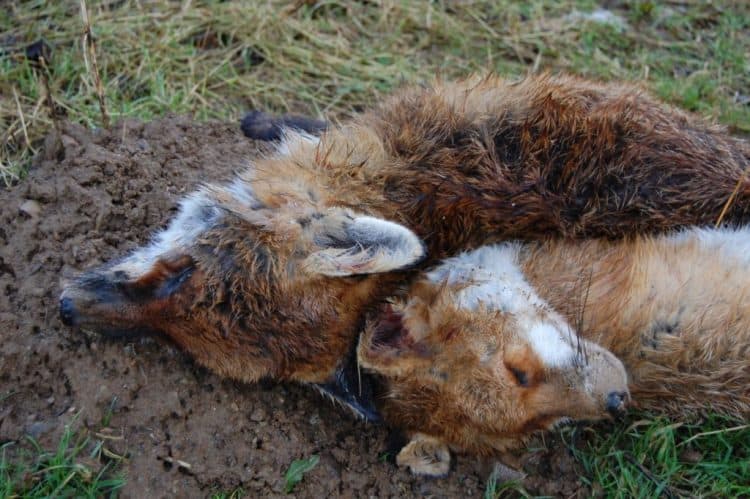 There was a documentary released recently which looked at ‘balance’ in journalism and politics. It pointed out how the desire for balance can actually skew the real story – take climate change for example.

The vast majority of scientists now believe that climate change is real. However, news stories about the subject are obliged to include the view of those who do not believe it is real – leading to stories that are so ‘balanced’ that they will lead readers to think that opinion is split down the middle.

Snaring – catching and killing wild animals with a wire noose – is another prime example. According to a 2014 poll, 77% of the British public think snares should be banned. In addition, a 2015 poll showed that 68% of MPs think they should be banned. Yet, they are not banned. The UK is one of only five countries in the EU in which snaring is still legal.

What, then, is the problem? Maybe we need to look more closely at what snaring actually is, and why it is used.

It is legal to set snares to catch foxes and rabbits. The first question that should be asked is ‘why foxes and rabbits’? That may seem obvious, as these two species have been widely labelled as pests and therefore it is assumed that they must be stopped from going about their business when it conflicts with human interests.

The truth though is not so clear. Empirical evidence, for example, shows that fox predation accounts for only a very small proportion of lamb losses, and has a negligible financial impact. According to Defra, 95% of lamb losses are due to farm husbandry practices.

Killing foxes is also a pointless exercise, as a new fox will fill the gap left by a dead one within three or four days. Another reality is that if you kill foxes, then the number of rabbits will increase – so why not just let nature take its course.

Back to snares. The so-called ‘free-running neck snares’ that are legal are intended to hold a trapped animal alive until the snare operator returns and kills it. ‘Free-running’ means that the wire tightens as the animal struggles and is meant to relax when it stays still.

The reality though is that many animals die in the snares. This will be a slow, painful death from strangulation, evisceration, exposure to the elements, predation, starvation or dehydration.

Defra, the government department in charge of the environment, has ducked claims that snares should be banned by saying that their use is controlled by a Code of Practice. The department’s snare report in 2012 found that 95% of gamekeepers were aware of the Code of Practice, yet not a single fox snare operator they visited during the production of the report was fully compliant with it.

At the League Against Cruel Sports, we rely on facts and evidence to back up our campaigns, so our investigators took some secret footage to see for themselves if snare operators were following the Code of Practice. You can see the video below (note, it’s not for the squeamish), and within just a couple of minutes we recorded several violations to the Code.

These included setting snares along a fence line (where the animal can become tangled); setting snares near to a hole (into which they can fall and strangle themselves); setting them in bad weather (as they could die of cold or exposure); and not removing a snare from a location at which an animal had been killed by a snare. A snare was also deliberately used to catch a pheasant, which is illegal under the Wildlife and Countryside Act (1981).

Common sense, and this evidence, shows that is it simply impossible to enforce regulations for a practice that occurs primarily on private land in remote locations.

This is the argument we have been putting to Defra, most recently just a few months ago when they consulted on the Code of Practice, but again no major changes were made. So we’re saying enough is enough – a complete ban is the only way to stop what is an inhumane, indiscriminate and unnecessary practice.

Which takes us back to my original point. If the evidence against snares is so overwhelming, and public opinion is so much against them, why haven’t we banned them already?

There’s one other statistic that perhaps gives us a clue. The impression may be given that snares are used widely by farmers to protect their livestock, but Defra found that actually only 5% of landholdings in England and Wales use snares, and the use of both fox and rabbit snares was far more likely on landholdings which host game bird shooting.

Going back to the climate change analogy – when the vast majority say one thing, but equal importance is given to the views of the minority – then what are politicians to do? I’d say there’s only one thing they should do. Have courage, do the right thing, and ban snares.

This article was first published by Politics.co.uk on 25 Mar 2015.

We invite you to share your opinion whether the use of snares should be banned in the UK? Please vote and leave your comments at the bottom of this page: