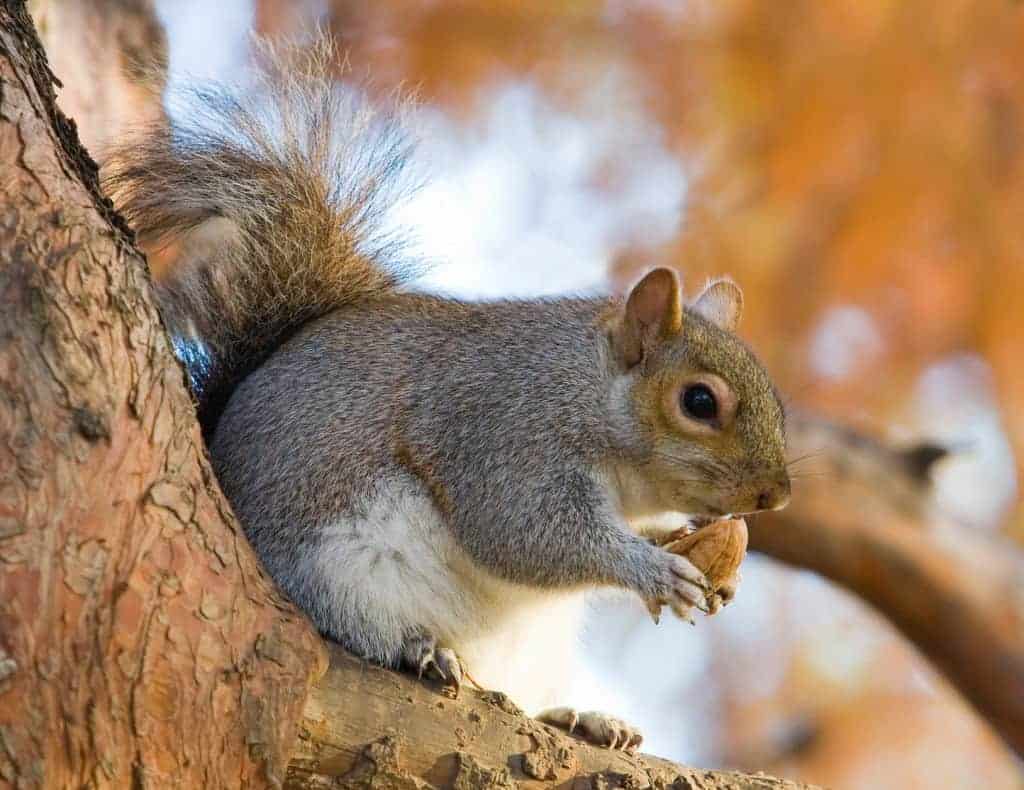 An army of 5,000 volunteers is being sought to save the red squirrel from extinction by monitoring populations, educating children – and bludgeoning grey squirrels to death.

The Wildlife Trusts’ biggest-ever recruitment drive is focused on areas of northern England, north Wales and Northern Ireland where invasive grey squirrels first introduced by the Victorians are driving the retreating red squirrel population to extinction.

More than 2.5 million grey squirrels are continuing to spread north through England and into Scotland, out-competing the 140,000 remaining red squirrels and spreading the squirrelpox virus, which does not affect greys but rapidly kills reds.

“In most of the UK there are only a handful of refuges left for red squirrels,” said Dr Cathleen Thomas, programme manager of Red Squirrel United, a conservation partnership started in 2015. “Without help, experts predict this beautiful and treasured creature could be extinct within as little as 35 years.”

Volunteers for Red Squirrel United will be asked to monitor red squirrel strongholds in Northumberland, Merseyside, Wales and Northern Ireland, and report any grey squirrels entering these areas. Volunteers will set up camera traps to film squirrel behaviour and teach the public and school children about the way in which greys have rapidly driven the reds to extinction across southern Britain since 1945.

Supported by Heritage Lottery and EU Life funding, volunteers can also undertake training to trap and kill grey squirrels, which are caught in a cage-trap, put in a bag and knocked over the head.

“It’s not everyone’s cup of tea and we don’t expect people to do it if they are not comfortable but we do have volunteers who carry out the dispatch themselves,” said Thomas. “We don’t just say ‘do it how you like’ – we have very strict animal welfare guidelines. Nobody does it happily but it’s one or the other [reds or greys] and we’re in a position where we have to decide.”

Culling is controversial but scientific monitoring shows that reds swiftly recolonise areas cleared of greys. There were fewer than 40 red squirrels left on Anglesey in 1997 but a successful drive to eradicate all grey squirrels on the island by 2015 has seen the red squirrel population bounce back to 700 today.

Thomas added: “We do get animal rights activists saying we shouldn’t kill anything because all living creatures have a right to life and to some extent I agree but if we don’t do anything the reds will go extinct and in quite a horrific way. Given that the greys were brought over here by humans, it’s something we have to make a conscious decision about.”

Julie Bailey, who lives in Cumbria’s Eden Valley, used to watch dozens of red squirrels at her garden feeders. A grey squirrel arrived in Christmas 2009 and within a month all her reds had died of squirrelpox virus. “It was absolutely devastating,” she said.

She began volunteering for local red squirrel groups – there are 14 such community groups in Cumbria alone – recording red squirrels, and trapping and shooting greys.

“Pulling the trigger on grey squirrels was difficult if I’m honest because I’d never actually killed anything like that before,” said Bailey. “But because we’ve been culling the greys we’ve managed to get the reds back and they are still hanging on.” Despite three outbreaks of squirrelpox, Bailey now has six to eight red squirrels in her neighbourhood.

“It is a winnable war but not without boots on the ground,” she added. “We have some fantastic conservation projects but if we haven’t got someone sitting under that tree or checking that trap we’re at a loss.

“It’s an unfortunate part of red squirrel conservation that we have to kill grey squirrels. But we have an obligation to undo the damage the Victorians did by bringing them here in the first place.”

This article was first published by The Guardian on 24 Feb 2017.

We invite you to share your opinion whether the Wildlife Trust’s campaign to slaughter grey squirrels be stopped? Please vote and leave your comments at the bottom of this page.