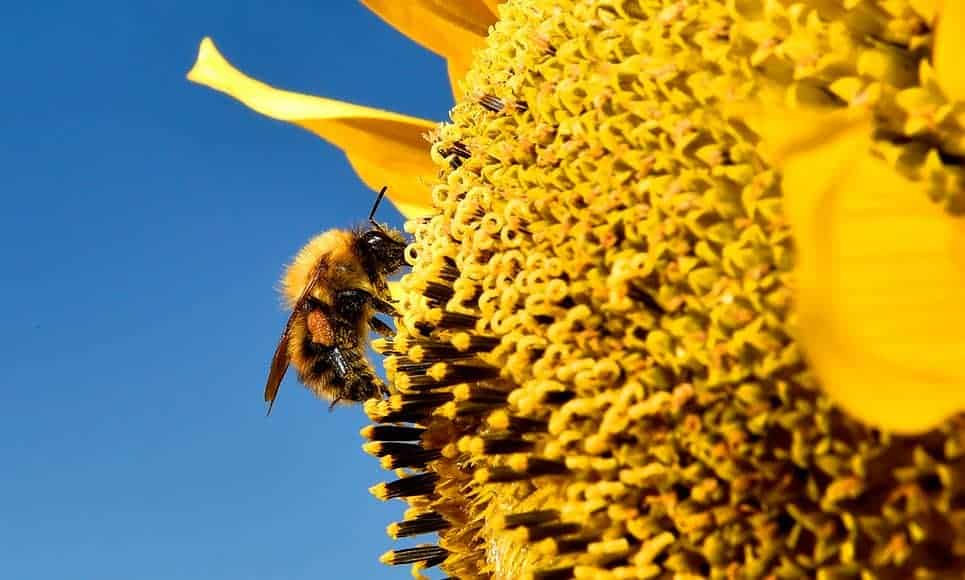 The most widely used class of insecticides in the world is facing a slow death. Called neonicotinoids, or neonics, these bug killers have long been used to treat millions of acres of farmland in the US.

But research showing that they sicken or kill bees and other pollinators means neonics could soon lose their grip in North America. The European Union has already temporarily banned several varieties of the insecticide and now, local and national governments in the US and Canada are moving to phase out some versions too.

The US Environmental Protection Agency (EPA), which mandated new labels for neonics with clearer language on their proper use, temporarily halted the approval of new outdoor neonics while it reviews the risks posed by five types. It expects to publish its assessments and open them up for public comment starting this year.

However, some researchers and farmers say regulatory actions are unwarranted because the problem is the unnecessary use of the pesticides as a preventive measure, and banning them would take away an effective way to protect crops.

Regulatory scrutiny of neonics already has forced major chemical companies to come up with alternatives.

Maryland is the first state to ban the use of neonics in homes and gardens, a law that will take effect in January 2018. Minnesota Governor Mark Dayton issued an executive order last August that requires farmers to demonstrate a need for pest control before using neonics. The state’s agriculture department is also looking at tightening regulations governing seeds treated with the pesticides.

Neonics, the nicotine-based pesticides, gained popularity because they are powerful killers. Introduced in the 1990s, sales of neonics-coated seeds took off in the US in the mid-2000s, and by 2011, at least a third of soybean acres and nearly 80% of corn acres were treated with these pesticides, according to researchers at Penn State University.

The widespread use of neonics made them suspects in the massive deaths of pollinators. Nearly 30% of American honey bees died last winter. More than a quarter of the 46 bumblebee species in North America are considered at risk. Another study found that up to 40% of pollinators, including bees and butterflies, are in decline worldwide.

Scientists are still investigating causes for the declines, though they have reasons to believe that pesticides, fungicides, disease and a loss of habitat are all contributing factors. A growing body of studies shows that neonics threaten the health of honey bees and other pollinators, but there’s little evidence that tie the pesticides directly to the declining population of these insects. Neonics can dissolve in water and become part of the irrigation runoffs that get into nearby waterways, harming aquatic insects.

Anticipating more regulatory changes, chemical makers have rolled out alternatives to neonics. Dow AgroSciences has developed Isoclast Active, an insecticide that targets many of the same pests as neonics, and Syngenta says it is working on new formulations that could have similar effects. Other companies such as Stockton and BioFence are marketing pest killers made with biological ingredients such as bacteria and plant extracts.

Some governments decided more research is necessary to determine neonics’ impact on beneficial insects. The EU imposed a temporary ban on three neonicotinoids in 2013, and scientists there are currently reevaluating the risks of these pesticides. The Canadian province of Ontario is phasing in regulations that require corn and soy farmers to prove they need neonics to protect their crops. Nearly 100% of corn seed and 60% of soy seed sold in the province are treated with neonics. Grain farmers have protested the new rules, claiming they will suffer crop losses to pests.

Meanwhile, the Canadian government is calling for a ban on all uses of a type of neonics called imidacloprid, and is also launching reviews on two other neonics: clothianidin and thiamethoxam.

This lack of consensus is driving debate over whether banning neonics is necessary and what could take their place to help farmers fight pests.

Christian Krupke, a professor of entomology at Purdue University, said the problem is the indiscriminate use of the pesticide on all crops as a preventative measure, when studies show that the risk of these pests damaging crops is actually very small.

“There’s very little evidence that the rates we’re using are necessary for production,” said Krupke. “We don’t need them on every single seed all of the time.”

He calls for more responsible use of neonics, rather than an outright ban. Farmers need to take a more measured approach to pest control, rather than using neonics and others insecticides on all of their crops, he said. One strategy involves first identifying if there are in fact harmful pests present. If so, a farmer should first try to manage them with techniques such as rotating crops or choosing pest-resistant plants – the use of pesticides should be a last resort, the EPA said.

Farmers have expressed concerns that banning or limiting neonics will lower their yields. So far, evidence from the US and Europe shows these fears may be unfounded.

In 2014, a group of Iowa farmers grew soybeans with and without neonics seed coatings and found no significant difference in crop yields. A Penn State study found that using neonics could in fact decrease yields by killing beetles that eat crop-damaging slugs, leading these slugs to proliferate.

Studies in France and Italy have shown that reducing pesticide use on crops hasn’t affected crop production.

“The EU did a pretty hard line with a dramatic reduction of neonics,” said Krupke, “and you didn’t see a corresponding collapse in crop production and pest damage.”

While chemical firms are developing alternatives to neonics, they are finding it a challenge to come up with compounds that work just as well, said Syngenta spokesperson Ann Bryan.

“We do have a number of active ingredients in our pipeline that have the potential to offer some of the functionality of neonics, but know of no insecticides on the horizon in the industry that can replace neonics one-for-one,” she said, adding that the company spends nearly $4m per day globally to research and develop new pesticides.

Environmentalists, meanwhile, argue that switching from one pesticide to another is not the answer to restoring the population of pollinators, and that stronger governmental screening of new pesticides is needed.

Neonics were marketed in the 1990s and 2000s in the US as “reduced risk” in comparison to other insecticides in high use at the time, noted Aimee Code, pesticide program director at environmental nonprofit the Xerces Society.

“If industry and government agencies had done their due diligence in testing these chemicals prior to putting them on the market, they likely wouldn’t have been registered for such large scale use,” she said. “What we need is a more thorough regulatory system so that we better understand the consequences of use before products are put on the market.”

This article was first published by The Guardian on 05 Feb 2017.

We invite you to share your opinion whether there should be a complete ban on neonics to save our bees? Please vote and leave your comments at the bottom of this page.