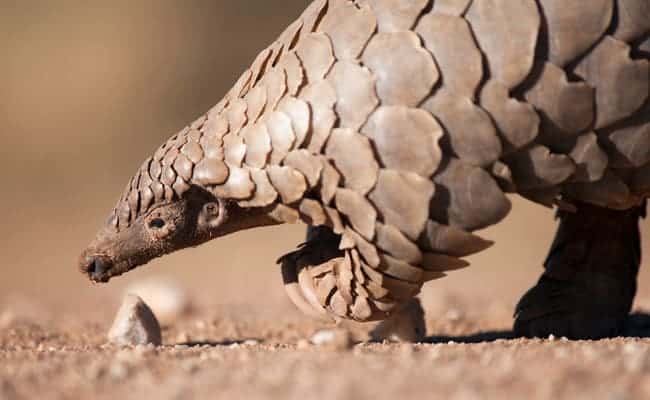 Thai officials, acting on a tip, stopped two pickup trucks this week and made the heartbreaking discovery of 136 live pangolins, and nearly 1,000 pounds worth of their scales.

Although these pangolins were lucky to be found while still alive, many others aren’t as fortunate. Sadly, these unique little creatures are being hunted to the brink of extinction for both their meat, which is considered a delicacy by the affluent in some countries, and for their scales, which are mistakenly believed to have medicinal properties.

The Director-general of Thai Customs Department, Kulit Sombatsiri, told Reuters, “The smugglers keep doing this because the payment is so high and there are lots of demand for the consumption of these wild animals.”

Even though some progress has been made to stop the trade, including giving them the highest level of protection available under international law, large-scale seizures like this one continue to highlight the need for more action on their behalf.

Pangolins might not get the attention that other charismatic species like elephants, rhinos and tigers get, but they’re now considered the most heavily trafficked mammal in the world and serious concerns have been raised that humans will eat them off the face of the earth if drastic measures aren’t taken to stop the trade.

According to the International Union for the Conservation of Nature (IUCN) more than one million have been poached from the wild over just the past decade, which breaks down to one pangolin being taken from the wild every five minutes.

Sombatsiri added that his department has already seized more than 2.9 tons of pangolin-related items and made 34 arrests this year, but record-breaking incidents elsewhere have also raised serious concerns about the future of pangolins.

The survivors in this case are being cared for at a conservation area by Thailand’s Department of National Parks, Wildlife and Plant Conservation. Hopefully they will be returned to their rightful place in the wild, and their tragic ordeal will help raise awareness about the threat trafficking continues to pose.

You can help show your support for pangolins by signing and sharing the petition urging leaders of nations with the power to make a huge difference for pangolins to develop and implement comprehensive strategies that will stop trafficking within their borders.

We invite you to share your opinion whether there should be a tough crackdown on the trafficking of Pangolins? Please vote and leave your comments at the bottom of this page.