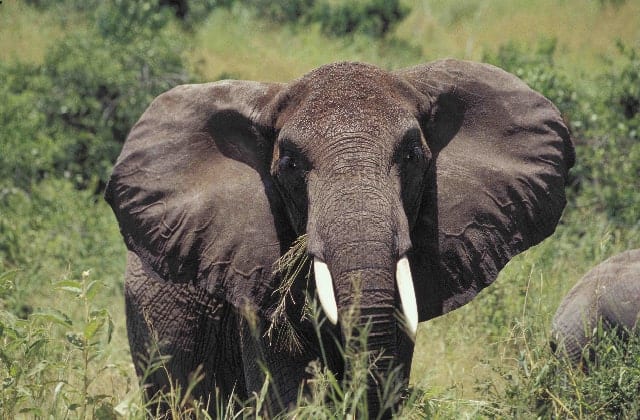 The EU has traditionally been a global leader in tackling the problem of wildlife trafficking and in encouraging other countries to take action. Last year it published a far-reaching Action Plan against Wildlife Trafficking, which set out a comprehensive list of actions to address the problem.

So why is it dragging its heels when it comes to saving elephants and closing its domestic ivory market?

One study led by the Wildlife Conservation Society showed a 65 percent decline in Central African forest elephants between 2002 and 2013. Photo credit: WCS Congo.

Sales of ivory within the EU are subject to controls but are still permitted, with restrictions, for ‘old’ ivory items. Such restrictions are challenging to enforce as new ivory from recently killed elephants is indistinguishable from old ivory without detailed DNA analysis.

The existence of legal ivory markets thereby provides a loophole through which newly poached illegal ivory can be laundered; this is an ongoing problem. The only way to ensure illegal ivory can’t enter the marketplace is by closing down legal domestic markets.

The EU’s slowness to tackle this issue is surprising given its strong track record in taking action on other wildlife trafficking issues and the support and financial assistance it has provided and continues to provide to other countries regarding both wildlife trafficking and other conservation issues. However, in terms of global action on ivory it is now lagging behind.

Last year the US adopted a near-total ban on domestic ivory sales and earlier this year China took strong steps towards closing its domestic market, which it has announced will be finalized by the end of 2017. Some countries within the EU such as France have also taken action, and recently the UK announced its intention to close its domestic ivory market as well.

The EU is currently running an online public consultation until the 8th December to gather views from citizens and stakeholders on this issue.

Today in Africa as many as 96 elephants are killed daily to fuel the global ivory trade. Photo credit: Julie Larsen Maher/WCS.

WCS has worked with other NGOs to prepare a guidance document for citizens to help respond to the consultation, which is available on the MEPs (Members of the European Parliament) for Wildlife website. We urge concerned citizens to take this opportunity to have their voices heard and hope that as a result the EU will finally take decisive action.

This article was first published by The Wildlife Conservation Society on 07 Dec 2017.

We invite you to share your opinion whether there should be an EU-wide domestic ivory ban? Please vote and leave your comments at the bottom of this page.