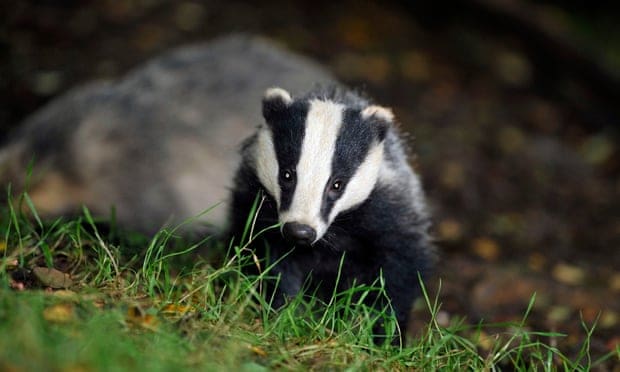 More than 32,000 badgers were killed in England this autumn during the annual cull, which is intended to reduce tuberculosis in cattle.

Government officials claimed the culls were effective and starting to reduce prevalence of the disease in cows. But independent scientists said the officials were cherry-picking data and making up targets as they went along.

TB in cattle costs taxpayers £100m in compensation each year, with 33,000 infected animals slaughtered in 2017. The environment secretary, Michael Gove, approved a huge expansion of badger culling in September. This resulted in the largest number of animals killed to date.

An independent review of TB control, commissioned by Gove and published in November, concluded that frequent trading of cattle and poor biosecurity on farms was “severely hampering” control efforts. It was wrong to blame badgers as the main cause of the outbreaks, the scientists said, although Gove had told them not to assess whether the current badger culls were working.

Data published on Tuesday shows that in the 30 culls taking place across England, 32,601 badgers were shot this autumn, the highest number on record.

An earlier 10-year trial of badger culling showed it was vital to kill at least 70% of badgers in an area to reduce TB in cattle, but as a protected species badgers must not be wiped out either. Therefore, minimum and maximum cull targets are set.

“The ways that these targets were altered varied between sites in a completely non-standard way,” said Prof Rosie Woodroffe, of the Institute of Zoology, who was part of the 10-year trial. “The scientific term for this methodology is ‘making it up as you go along’.” She said the government appeared to have no idea of actual badger populations.

However, Woodroffe said the reduction in badger numbers was impossible to estimate from the information gathered and so there was no basis for such confidence. “We are all used to politicians making optimistic statements based on unreliable data. For a scientist to do so is deeply worrying,” she said.

The government’s chief vet, Christine Middlemiss, said the first cull areas, in Gloucestershire and Somerset, were starting to see drops in TB in cattle, and a full analysis of the data was under way.

Woodroffe said: “Claims that the culls are reducing cattle TB is based on cherry-picking data from a report produced by government scientists. It states explicitly that ‘these data alone cannot demonstrate whether the badger control policy is effective in reducing bovine TB in cattle’.” Middlemiss did not mention another cull area, Dorset, where TB rates appear to be rising.

Dominic Dyer, the chief executive of the Badger Trust, said: “This is the largest destruction of a protected species in living memory. By the end of 2018, the government will have spent over £50m of public funds killing over 67,000 badgers [since 2013], which could push the species to the verge of local extinction in areas of England where it has lived since the ice age. The badger cull is a cruel, costly and ineffective policy and its continuation is a national disgrace.”

This article was first published by The Guardian on 28 Dec 2018.

We invite you to share your opinion whether this protected species should continue to be slaughtered to the point of extinction? Please vote and leave your comments at the bottom of this page.

No, the eradication of this beautiful animal will never stop bovine tb. Other forms of life can tread it through the fields where the cows graze, hell, we could treat it through too. Stop the slaughter!!!

As I have commented many many times – vaccinate the livestock! Slaughtering wild animals or – even more ridiculous – vaccinate wild animals – sheer stupidity! If the cattle are in danger of getting TB – its up to the OWNERS to manage their livestock! This is the same issue that is causing our (US) native bison to be slaughtered every year – to (wait for it) prevent cattle from getting brucellosis! Then there is the issue of domestic sheep spreading disease among wild mountain goats – again KILL the wild animal to protect the domestic one – without OWNERS… Read more »

Unscientific. Inoculation of cattle and badgers the best. And what about it being spread by humans and cattle movement? Makes me sick.

What?!! Who is responsible for this??

So much for Great Britain being a nation of animal lovers

It has nothing to do with the vast majority of British people: just our vile government and their supporters.