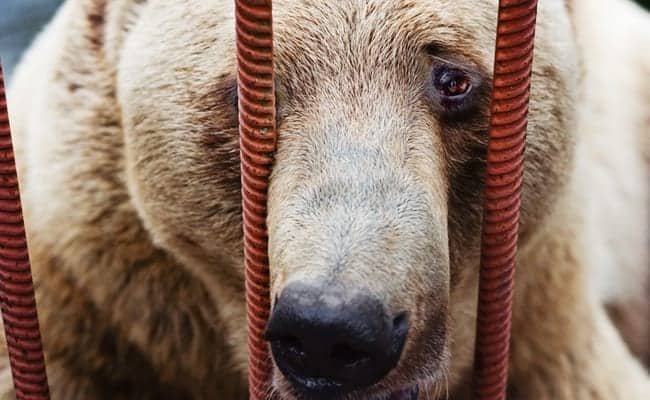 In a win for animals, online travel agency company Responsible Travel has pledged to stop promoting zoos. The company will instead be working to support better ways for consumers to learn about and appreciate wildlife.

Facilities that keep animals in captivity have continued to use education and conservation as major justifications for continuing the practice, but it’s becoming increasingly clear that those arguments don’t hold up.

In a statement, the company said that while they and their users value wildlife and conservation efforts (its wildlife-related vacation sales have gone up 25 percent over just the past two years), they believethat animals should not be held in captivity.

Responsible Travel made the announcement with the support of Born Free Foundation and actress Joanna Lumley.

According to Responsible Travel, there is plenty of evidence to support the inhumane nature of keeping wild animals captive, there are better ways to educate people without captivity.

While some zoos do fund good conservation work, so little funding from zoos is being allocated toward it that it’s essentially not worth supporting when there are more effective alternatives.

As for endangered species that zoos continue to claim they’re helping save, a vast majority of species kept by zoos are not actually endangered, and even for those who are, most captive breeding programs don’t involve returning any of them to the wild.

“We believe tourism plays a role in funding conservation, and crucially, in ensuring local people and governments benefit sufficiently to make conservation viable. Zoos are not appropriate in 2017. They are relics of the past, and the arguments to justify keeping animals in captivity no longer stand up. The sad reality is that the animals are held captive primarily for our entertainment not for reasons of conservation and it is time that this stopped,” said Responsible Travel CEO Justin Francis.

Responsible Travel, which works with 375 tour operators around the world, has since removed any tours that include visits to zoos from its site and is now researching other types of facilities to promote, including rescue and rehabilitation centers that are caring for non-releasable animals, along wildlife conservancies and parks that don’t participate in captive breeding programs and endangered species conservation centers.

The change represents a major shift in attitudes about keeping animals in captivity, and while other tourism-related companies including Virgin Holidays and TripAdviser have taken stands against some harmful activities, this marks the first time a company has taken a stand against zoos.

“The world is changing. Things that seemed impossible only a short time ago are now within reach. In my lifetime, a global shift in public consciousness, a movement, may see – if not an end – a massive reduction in the exploitation of wild animals in their millions in thousands of zoos worldwide,” said Will Travers OBE, President of Born Free.

Hopefully this will help set a standard and other tour operators will adopt Responsible Travel’s stance that “zoos are outdated, unethical and unnecessary,” and more people will seek out other kinds of opportunities to engage with wildlife and our environment.

We invite you to share your opinion whether travel companies should stop supporting zoos? Please vote and leave your comments at the bottom of this page.