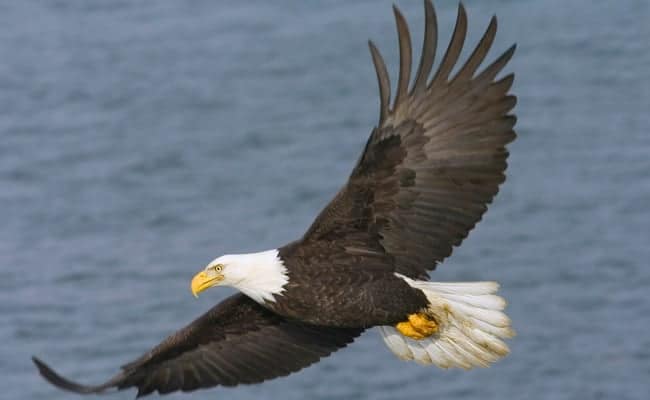 Those opposing the ESA want to make it easier to develop anywhere — even in wilderness areas that encroach on crucial habitats.“‘States, counties, wildlife managers, home builders, construction companies, farmers, ranchers, and other stakeholders are all making it clear that the Endangered Species Act is not working today,’” said Senator John Barrasso (R- Wyoming), as quoted by the Los Angeles Times.

Barrasso is among the western Republicans who would like to turn federal land over to state control, supposedly because the states know best. But of course, that leaves open the door for private exploitation of public lands.

“The usual argument against the act is roughly that it is not used to protect species, but to stifle development,”the LA Times editorial board explains. But history has shown that the Endangered Species Act does protect species.

The Importance of the Endangered Species Act

Desert tortoises, burrowing owls, tiger salamanders and mountain yellow-legged frogs are just a few of the endangered species my son has been involved in protecting under the ESA.

Whenever a utility company or a transit authority in California is proposing major work over a number of acres, they are required under the ESA to first hire wildlife biologists to check that no endangered species will be harmed.

There are numerous stories of creatures brought back from the brink of extinction, but probably the most famous is the bald eagle: In the early 1960s, the count of nesting bald eagles plummeted to about 480 in the lower 48 states. Today there are some 14,000 breeding pairs in the skies over North America, as testament to the importance of the ESA.

Another success story is that of the California Condor.

How the Endangered Species Act is Under Attack

Since the 115th Congress was sworn in on January 3, 2017, at least 24 legislative attacks have been introduced seeking to strip federal protections from specific species or undercutting the Endangered Species Act. These attacks build on more than 230 pieces of legislation that attempted to weaken the Endangered Species Act since 2011, when the Republican Party took control of the House of Representatives.

As Randy Paynter, the founder of Care2, explains in his petition:

“House Natural Resources Committee Chairman Rob Bishop has said he “would love to invalidate” the law. Other Republican lawmakers would like to limit logging restrictions under the act, stop lawsuits to protect species, or force one species off the list for every species added to the list.”

“Additionally, salmon, walrus, wolverines and other important species would be at risk under a weakened ESA because the protection of their habitat is opposed by energy, mining, logging and agricultural industries.”

2,270 Endangered Or Threatened Species Under The ESA

Currently, there are around 2,270 species listed as endangered or threatened under the ESA, which was signed into law by President Nixon in 1973. It is worth noting that the act was approved by huge margins in both chambers; the House vote was an incredible 355-4. How times and the Republican party have changed.

These 2,270 included both animals and plants, species that have become so rare they are in danger of becoming extinct. Threatened species are plants and animals that are likely to become endangered throughout all or a significant portion of their range within the foreseeable future.

Why Is The ESA So Important?

Care2’s Robin Marty writes: “The Trump administration couldn’t make their intentions any more clear: They are prepared to poison both the land and the people of the U.S. if it means making donors a profit.

If Congress and President Trump gut this nature-protecting act, it would be calamitous for hundreds of plant and animal species, local ecosystems, and the complex interconnections that sustain the natural world.

We can’t let that happen.

We must stand up against the deadly fossil fuel industries and let our leaders know that we won’t back down.

If you agree, please sign and share this Care2 petition, demanding that Trump protect the Endangered Species Act.

We invite you to share your opinion whether Trump should be allowed to destroy the Endangered Species Act. Please vote and leave your comments at the bottom of this page.