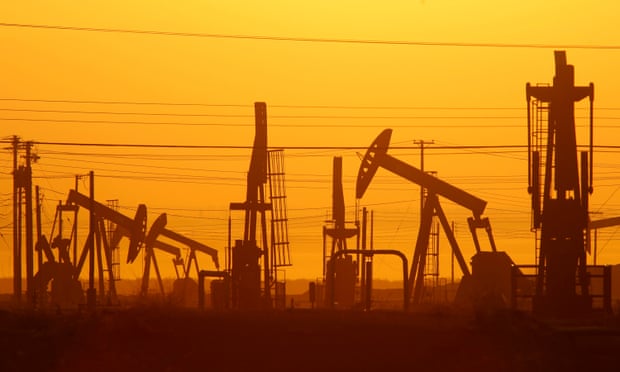 On April 25, the Trump administration released details of its plan to open up more than a million acres in California to oil drilling and hydraulic fracturing – including areas close to Sequoia, Kings Canyon and Yosemite National Parks.

This is horrible news.

The plan would end a 5-year moratorium on leasing federal land in the state to oil and gas developers, but it comes at a time when opposition to drilling for fossil fuels in California is growing.

The Bureau of Land Management (BLM), which is part of the U.S. Department of the Interior, released the proposal to bring oil and gas extraction to 1,011,470 acres of public and private land in California in its 174-page “Hydraulic Fracturing Draft Supplemental Environmental Impact Statement.”

The backlash was immediate.

“The Central Valley has some of the worst air quality in the nation, and we know fracking and drilling make air quality worse,” said Clare Lockwood, a senior attorney at the Center for Biological Diversity.

“We will push back every step of the way against this reckless plan to subject more of California’s land, wildlife, and communities to fracking,”emphasized Monica Embrey, a senior campaign representative at the Sierra Club.

Previous plans have resulted in failure.

In 2013, a federal judge ruled that by issuing oil leases in Monterey without examining the environmental dangers posed by fracking, the federal government had violated the National Environmental Policy Act. The ruling was the result of a lawsuit brought by Earthjustice, the Center for Biological Diversity and Los Padres ForestWatch.

Three years later, another judge overturned a similar plan for drilling and fracking.

Those rulings all happened under Obama, but last year a federal court ordered the Trump administration to stop issuing permits for fracking off the California coast.

Now the Trump administration is reintroducing its 2018 plan to bring fracking to large swaths of land in California.

The opposition to this latest plan is likely to be fierce, as environmental groups get ready to fight back against Trump’s stubborn refusal to accept the promise and popularity of sustainable energy.

The president continues to deny the impact of climate change, despite all the evidence to the contrary, and he continues to line the pockets of his Big Oil and Big Gas cronies.

There are plenty of reasons why fracking is a bad idea, some of which Care2’s Kevin Matthews explains here.

Many California activists have called on Governor Newsom to ban all new fracking in the state. They point to a study from the California Council on Science and Technology,which reveals that fracking can poison drinking water with toxic chemicals.

Other research has found that pollutants from fracking can harm children. Alarmed by the dangers that fracking poses, many European countries, including France, Germany and Ireland,as well as some U.S. states, have banned fracking.

If you’re alarmed by this horrible proposal to expose open over a million acres of California land for fracking, you can take action by submitting your comments to the government over the next 45 days.

You can also take action by signing my Care2 petition, demanding that the Trump administration withdraw plans to open up California to dangerous fracking.

Lead Image Source: Pump jacks are used in an oil field near Lost Hills, California. A proposal by the Trump administration would bring fracking back to the state after a five-year moratorium. Photograph: David McNew/Getty Images

This article was first published by Care2.com on 5 May 2019.

We invite you to share your opinion whether Trump should be allowed to open over 1 million acres in California to fracking? Please vote and leave your comments at the bottom of this page.