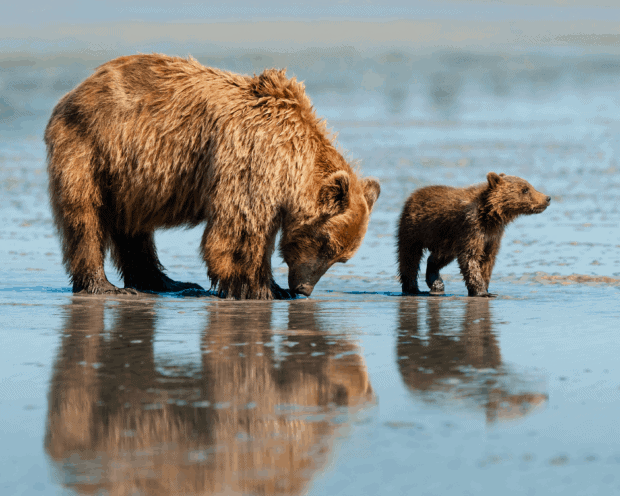 October is the month for scary stories, so here goes. Once upon a time, there were no federal standards to protect water quality in our rivers, streams, bays, and lakes. The result? Rivers like Ohio’s Cuyahoga River caught fire multiple times before the infamous fire in 1969.

The average loss of wetlands in the United States from the 1950s to the 1970s was 458,000 acres per year. So much industrial pollution and agricultural runoff fouled Lake Erie that it was declared dead in the 1960s – the pollution was so devastating that Dr. Seuss referred to Lake Erie’s deterioration in The Lorax.

In 1972, Congress passed the Clean Water Act, which, for forty-five years, has helped safeguard our nation’s water resources. The Act established pollution controls and water quality minimums that states must reach. It also established grant programs for states, territories, and tribes that are critical to help focus local and state efforts to achieve these standards. Over the past four decades, the rate of wetland loss slowed, rivers stopped catching fire, and the number of waters that meet clean water goals nationwide has doubled.

Despite these Clean Water Act successes, there is still a long way to go – nearly half of our nation’s rivers and streams are in poor health. However, the progress we’ve made is in danger of being completely erased. As the Clean Water Act approaches its 45th anniversary, the Trump Administration is mounting an all-out assault on our clean water, through proposed budget cuts and legislative attacks as well as directly weakening the Clean Water Act itself.

The short comment period on EPA Administrator Scott Pruitt’s haphazard effort to repeal the 2015 Clean Water Rule ended several weeks ago. More than half a million Americans asked the EPA to drop its plan to repeal these protections and some of their comments are listed below. Their message is clear – Americans expect the EPA to enforce a strong Clean Water Act and protect our waters, not open them up to more pollution.

“As a hunter and angler, I am deeply appalled at the proposal to roll back the Clean Water Rule. The bedrock of our hunting and fishing opportunities is the wildlife which supports them, and our wildlife – as do we – require the strongest possible protections for water.The hornet’s nest of hunters and anglers who care about public land and clean water is not one that should be kicked. I oppose any rollback of the Clean Water Rule and any weakening of the Clean Water Act.”

“The widely-supported Clean Water Rule helps the Clean Water Act achieve its goals by clarifying which waters are protected by the Act. It better protects millions of acres of small streams and wetlands that serve as critical fish and wildlife habitat as well as provide the drinking water for 117 million Americans. The rule is guided by sound science, extensive and transparent public input, and the law.”

“As a mother and grandmother, I oppose the Environmental Protection Agency’s and Army Corps of Engineers’ proposal to repeal the 2015 Clean Water Rule. I also oppose your plan to weaken common-sense safeguards that protect our water resources via a new rulemaking action. These rollbacks put the waters that we depend on at risk.”

“The Clean Water Act was put in place-indeed, the EPA was created-to protect us and future generations from these pollutants. Overturning these protections serves only to cut costs for the polluters, and thereby increase their profits. Average American citizens will suffer, not benefit, from lifting these restrictions.”

“Clean water is not optional, but essential to life, and so I very much oppose any proposal to repeal the 2015 Clean Water Rule, any plan to weaken common-sense safeguards that protect our water. It is vitally important to safeguard our nation’s wildlife, drinking water, jobs, health, and outdoor economy.”

“This isn’t about politics. It is about basic survival. Our clean water regulations need to be strengthened. We need clean water and air to survive, for us, our children and our children’s children.”

Rolling back the Clean Water Act like this could threaten the drinking water supplies for more than 117 million people by leaving as many as 60% of stream miles and at least 20 million acres of wetlands without the protection of the Clean Water Act.

Weakening these critical protections would harm fish and wildlife habitat and our drinking water supply, threatening America’s hunting, fishing, and outdoor recreation economy as well as putting communities at increased risk from storms and floods.

Defend the Clean Water Act on its 45th Anniversary

History has shown us what happens without nationwide clean water standards. We must move forward, not backward. Stand up for the Clean Water Act and tell Congress, the Administration, and your Governor that you oppose any attack on our clean water.

We invite you to share your opinion whether Trump should be allowed to “roll back” the Clean Water Act? Please vote and leave your comments at the bottom of this page.

Everyone deserves clean water! Exactly why has it become unimportant to this administration? The current goal of “undoing” every regulation that was put in place for OUR protection in the past years seems just a bit idiotic. According to them – we all don’t need clean air or clean water & pollution? Just because its not important to them – does not mean we cant speak up & demand it!

Clean water and clean air are simply not arbitrary, they are crucial for most lives here on this planet, even Trump’s own greed-driven and pompous life, a parasitic life who fails to comprehend that we ALL live downstream. That we as a nation allowed this regime to have the keys to the White House is still a visceral horror to two thirds of our country (and much of the world). There is so much more at stake than implementing xenophobic idealogy (a distraction disguised as protecting our country) or, making more and more and more money. We’ve failed our one… Read more »

Why can’t he just die???? Instead he’s killing our planet. I HATE him and his swamp rich creatures. I hope I live long enough to see our country clean and healthy. People MUST revolt.

In 1972, Congress passed the Clean Water Act, which, for forty-five years, has helped safeguard our nation’s water resources. The Act established pollution controls and water quality minimums that states must reach. It also established grant programs for states, territories, and tribes that are critical to help focus local and state efforts to achieve these standards. Over the past four decades, the rate of wetland loss slowed, rivers stopped catching fire, and the number of waters that meet clean water goals nationwide has doubled.

Trump should be allowed to stop doing whatever he’s doing..