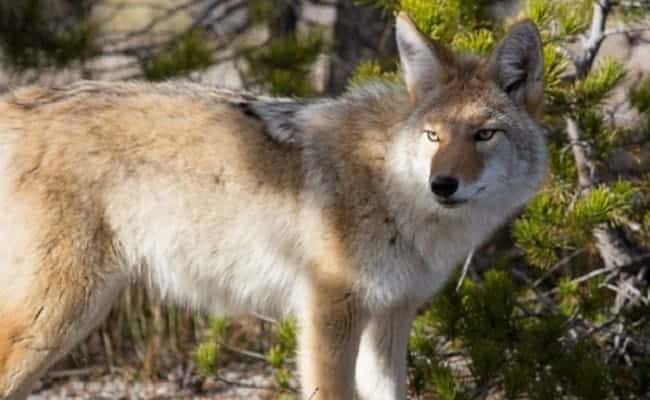 The recent deaths of Casey, a yellow Lab killed by a cyanide bomb in Idaho, as well as two other pet dogs who became unintended victims in Wyoming, have focused attention on the secretive government agency that planted those deadly M-44 explosives: Wildlife Services (WS), a program within the U.S. Department of Agriculture’s Animal and Plant Health Inspection Service.

What exactly does WS do? Its mission is “to resolve wildlife conflicts to allow people and wildlife to coexist,” according to the program’s official website. WS says it helps people resolve wildlife damage and reduces threats to human health and safety.

But the way that WS goes about its mission, funded in large part by taxpayers, is very disturbing. For example, a 2012 investigative report by the Sacramento Bee revealed that since 2000, WS had killed a million coyotes, using cruel and sometimes illegal methods such as steel traps, wire snares and M-44 explosives like the one that killed Casey.

During those 12 years, more than 1,100 dogs, many of them pets, were inadvertently killed by WS. That’s more than eight dogs every month. Millions of other unintended victims – from 150 different species – included federally protected bald and golden eagles, brown bears, mountain lions, wolves and a highly endangered wolverine.

Gary Strader was working for WS when he discovered a golden eagle strangled by a neck snare. When he called his supervisor to report it, he was told to bury the dead eagle as long as no one else had seen it. “That bothered me,” Strader told the Sacramento Bee. “It wasn’t right.” Strader’s job was terminated in 2009.

“The irony is state governments and the federal government are spending millions of dollars to preserve species and then (you have) Wildlife Services out there killing the same animals,” Michael Mares, president of the American Society of Mammalogists, told the Sacramento Bee. “It boggles the mind.”

“The government is supposed to be the protector of animals, not the persecutor, and the USDA’s Wildlife Services has long been a program with the wrong mission and wrong execution,”wrote Wayne Pacelle, president of the Humane Society of the United States (HSUS), on his blog earlier this month. “Too much execution, in fact.”

In an effort to stop the cruel killing of animals by WS, the HSUS and other wildlife protection organizations have just filed a federal lawsuit. The groups want the U.S. Fish and Wildlife Service to conduct what Pacelle called a “long-overdue review of some of the lethal and indiscriminate poisons used by the Wildlife Services program to kill wild animals, including sodium cyanide (used in M-44s) and Compound 1080.”

In response to the outrage after Casey was killed, Jason Suckow, the western regional director of WS, stated in letter to the non profit Western Watersheds Project (WWP) that WS will remove and stop using M-44s on all private, state and federal lands in Idaho. However, the removal isn’t necessarily permanent, since Suckow added that WWP would be given 30 days’ notice before any new M-44s are planted in the state.

That’s not great, but at least it’s a start. WS needs to permanently remove all of its cyanide bombs and cruel traps across the country. Late last month, Congressman Peter DeFazio, D-Ore., introduced the Chemical Poisons Reduction Act of 2017, which would ban M-44s and Compound 1080 everywhere in the United States.

Please sign and share this petition urging the USDA to stop allowing WS to use these dangerous devices.

As Pacelle pointed out, “If President Trump is serious about slashing wasteful government spending, the Wildlife Services program would be a good place to start.”

We invite you to share your opinion whether Trump should cut spending by disbanding wildlife “killing” services? Please vote and leave your comments at the bottom of this page.