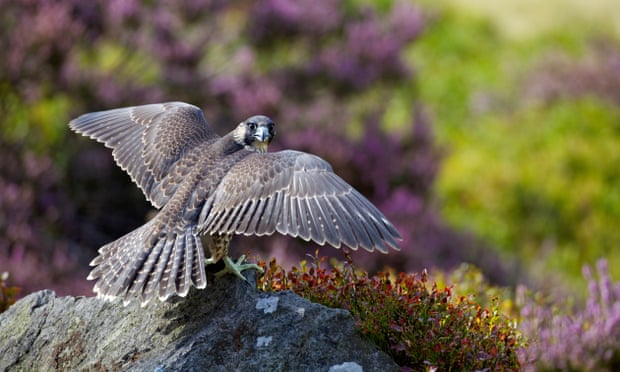 Almost 200 reports of shooting, trapping and destruction of birds of prey were received by the RSPB in 2015, the charity said.

Some 64 out of the 196 reports were confirmed, including the shooting or attempted shooting of 46 birds of prey, including 16 buzzards, 11 peregrines, three red kites, one red-footed falcon and one hen harrier, a new report from the RSPB said.

Illegal persecution of birds of prey is still happening too regularly in the UK countryside, the RSPB said, and it called for tougher legislation and enforcement to allow the birds to thrive.

The charity repeated its call for reforms to grouse shooting, including a licence system for shoots, as it blamed gamekeepers for targeting birds of prey, in particular hen harriers because they preyed on red grouse.

Hundreds of pairs of hen harriers nest in the UK, but in England they are teetering on the brink of extinction as a breeding bird as a result of historic persecution, with just three successful breeding pairs in 2016.

But in what has become an increasingly bitter debate, the shooting industry says grouse estates spend millions of pounds a year on conservation to support wildlife, and it backs the government’s hen harrier recovery plan.

The industry says it wants to see a well-dispersed hen harrier population which co-exists with local businesses.

One of the hen harriers the RSPB has been tracking via satellite tag since it fledged in 2016 has recently been found dead in Northumberland, and while it died of disease, it had survived being shot at an earlier date.

Martin Harper, RSPB director of conservation, said: “Our birds of prey are magnificent creatures and the sight of a hen harrier’s dramatic skydancing display flight is simply breathtaking.

“Everyone should be able to witness this but sadly many people are denied this opportunity.

“Our uplands are deprived of some amazing wildlife because of ongoing illegal persecution and it has to stop.”

This article was first published by The Guardian on 03 Feb 2017.

We invite you to share your opinion whether wildlife crime should be enforced by tougher legislation? Please vote and leave your comments at the bottom of this page:

Editorial Comment: The purpose of this poll is to highlight wildlife crime and to encourage discussion on ways to stop it. By leaving a comment and sharing this post you can help to raise awareness about this important wildlife issue. Thank you for your support.