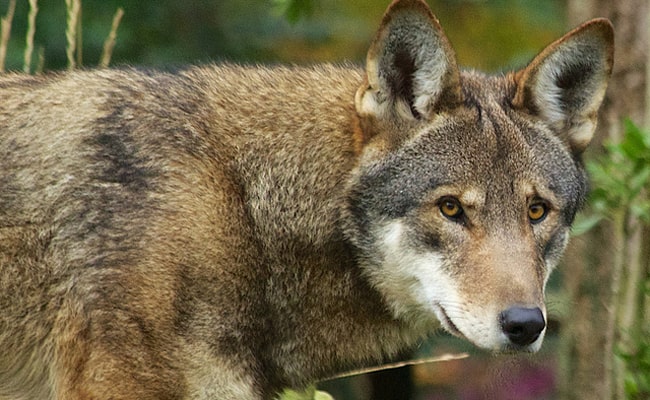 Conservationists were already fighting an uphill battle to save endangered red wolves, a grim picture for the future survival of this species.

These wolves once roamed vast portions of the southeast, but were essentially wiped out by the 1960s due to habitat loss and predator control programs. In 1973, they were protected under the Endangered Species Act and the last remaining red wolves were later captured. In 1980, they were officially declared extinct in the wild.

Seven years later, red wolves, who were part of a captive breeding program, were released in the Alligator River National Wildlife Refuge in North Carolina – the only state where they exist today. Since then, their range has expanded to include 1.7 million acres, covering five counties in the northeast part of the state, but they’ve yet to make a meaningful comeback.

By 2001, there were believed to be 120 red wolves in the wild, but according to the latest five-year status review and species status assessment there are now fewer than 40 left.

Efforts to see them restored to the landscape have been controversial, drawing opposition from a range of stakeholders from private landowners to the state’s own Wildlife Resources Commission. Sadly, the FWS has also failed them by weakening the recovery program, stopping reintroductions, not dealing with coyotes (who hybridize with red wolves), issuing permits for them to be killed and not looking into illegal killings.

Human-caused mortalities have also risen significantly over the past few years to a point where red wolves can’t make up for the losses. They’re being shot, hit by cars, poisoned and threatened by other illegal activity.

The agency concluded in its review that without “substantial intervention,” they could be gone in as few as eight years.

“The red wolf population decline has been catastrophic, yet the Fish and Wildlife Service has not only failed to address that decline, it has actively contributed to it. The agency’s neglect in recent years may well spell extinction for wild red wolves,” said Sierra Weaver, senior attorney for the Southern Environmental Law Center.

While there is opposition to red wolf recovery, there is also widespread support for ensuring their future survival. Last year when the FWS asked for public comments on scaling back recovery, more than 55,000 people submitted one. Wildlands Network went to the trouble of going through them, and found that 99.8 percent of them were in favor of saving red wolves.

Now, more than ever red wolves need people to keep the pressure on, and to show support for stopping assaults on the Endangered Species Act altogether under the current administration.

For its part, the FWS is expected to complete a new recovery plan this year, and is expected to release an environmental assessment and alternatives for future wolf management for public comment this summer.

You can help by signing and sharing the petition urging wildlife officials not to abandon red wolf recovery efforts.

You can also help by checking out and sharing thousands of images of red wolves, and other wildlife they share their habitat with, that were taken by camera traps set up by Wildlands Network on Flickr.

We invite you to share your opinion whether wildlife officials should maintain red wolf recovery efforts? Please vote and leave your comments at the bottom of this page.