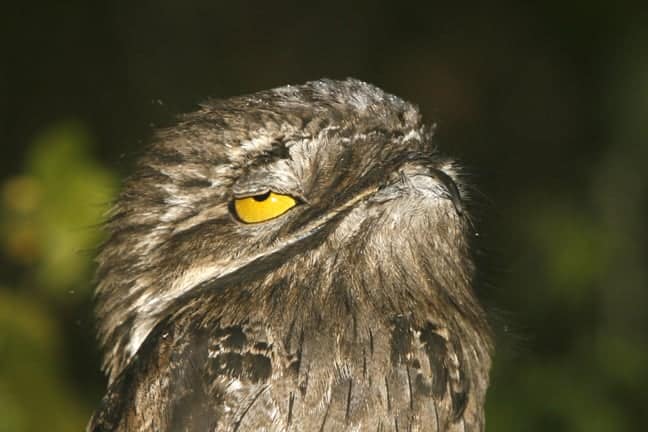 The Potoo is night active. Various indigenous tribes from South America pass on mysterious legends about these birds. Their tail feathers are said to protect a girl’s chastity. Some legends say that the bird is a baby abandoned in the forest by its mother. Other stories tell the fate of a young girl who was transformed into a potoo by witchcraft after she discovered that her jealous father had killed her lover. The sad and melancholy cries of the bird eco through the forest at night. Maybe that is the reason why these birds are also known as Mãe-da-lua (mother of the moon) or Urutau (ghost bird).

Potoos spend the day perched on branches. They resemble stumps or broken branches, and adopt a “freeze” position when in danger. They do not construct a nest but lay a single egg on a depression in a branch or at the top of a rotten stump. One parent, often the male, incubates the egg during the day, then the feeding duties are shared during the night. In the video you see a potoo feeding its chick. An event not easily witnessed as parents feed their chicks infrequently to minimise attention to the nest.