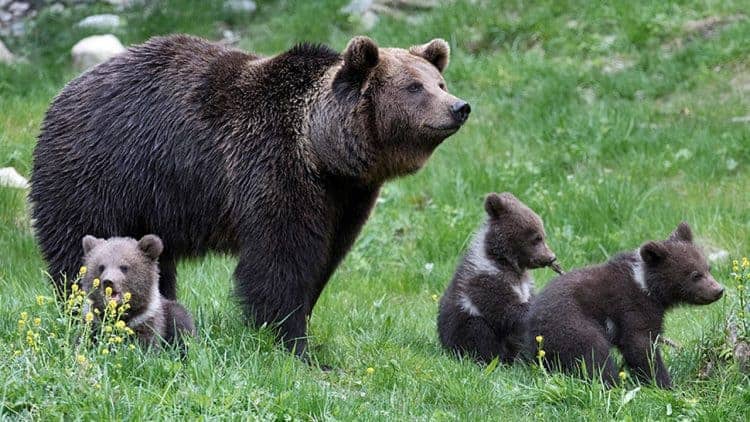 French animal rights groups are celebrating news that populations of brown bears – which had been threatened with extinction – have seen a strong revival in the Pyrenees mountains. Livestock owners, however, warn bears attacks on their flocks are out of control.

Bear numbers rose to from 52 to 64 last year, including 16 cubs – a steady increase since 1995, when there were less than a dozen bears.

The figures were compiled by GSTOP, a transborder brown bear monitoring group that involves the French, Andorran and Spanish authorities. In France, monitoring is done by the French Biodiversity Agency, through the Brown Bear Network.

“It’s a record – never before have nine litters been detected in the Pyrenees since we started studying the bear population,” the NGOs Pays de l’Ours (Bear Country) and Adet et Ferus said.

The 23 percent rise in Pyrenees bears comes despite the recent deaths of three animals at the hands of humans.

Coexistence of bears and humans in the Pyrenees is an old story, wrote RFI’s Mike Woods in a three-part series on tensions between activists and farmers – who complain of bears attacking their livestock.

Paintings of the predators have been found on the walls of prehistoric caves, and shepherds have been wary of them since at least the Middle Ages.

In the 20th century, the large omnivores were hunted to near extinction as humans expanded roads, settlements and farming practices into the mountains.

To stop them from disappearing, the French government began relocating brown bears from Slovenia in the mid-1990s.

Farmers were enraged when the government stepped up its repopulation efforts with a 10-year “bear plan” in 2018.

“It’s getting to the point it’s out of control,” sheep farmer Joel Seguela told RFI at the time, complaining that flocks were being attacked almost every day.

Fast forward two years and a court ruling this week warned livestock owners they can no longer fire warning shots to scare off the bears.

NGOs welcomed the ruling, saying warning shots were not compatible with maintaining bear populations in their natural environment.