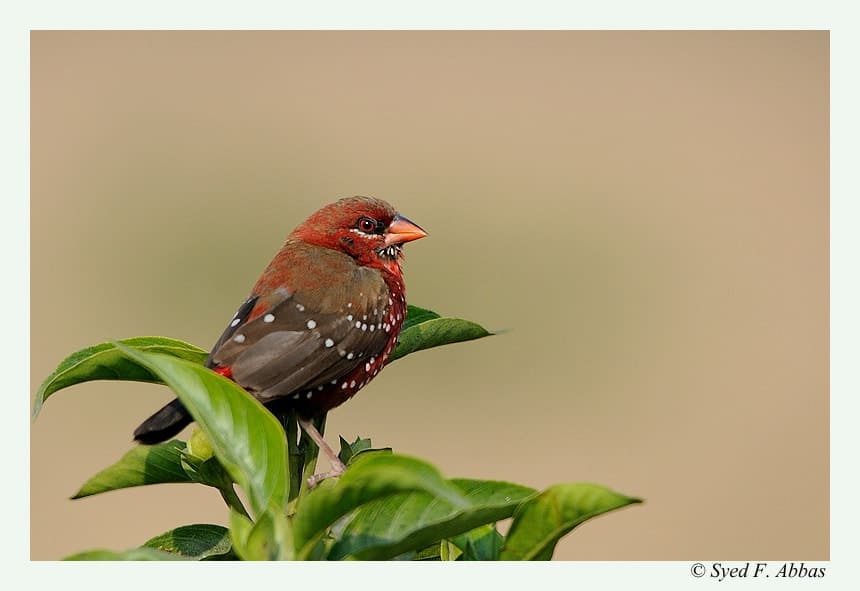 It was December 2011 when I was at a village named Ikrotia at a distance of about 15 kms from  my hometown for birding. I spent 10 days there and captured about 2500 images throughout 10 days.

On the third day of my tour during birding I saw a group of small birds flying in the sky at a long distance. Those were seemed munias but was not sure about the species due to the far distance. I stopped and start watching the group. The birds continued their flight here and there in the sky. After sometime the birds came down and landed on the ground at a distance  of 200feet from me. I saw them and those were Red munias or Red avadavats . Some of them were juveniles, some were females and only one male. They started feeding on the ground. I was watching them and their activities keenly. When I found them normal with the habitat I started advancing towards them slowly and when the distance remains about 50 feet I laid down on the ground and start advancing towards them on my elbows. I was advancing towards them in steps and when the distance remained about 20 feet I felt that they were also advancing towards me having their food simultaneously. I stopped myself and took my position. These munias were advancing continuously towards me and taking their food. I was following them in viewfinder now and when I found them looking  fine in the viewfinder I start firing the shutter and continue shooting till the birds were present there. It took about 5 mins for shooting. Suddenly, a shikra flew over the birds and the birds flew very fast. Here are a few frames from that shooting.

Red Avadavat male on the perch