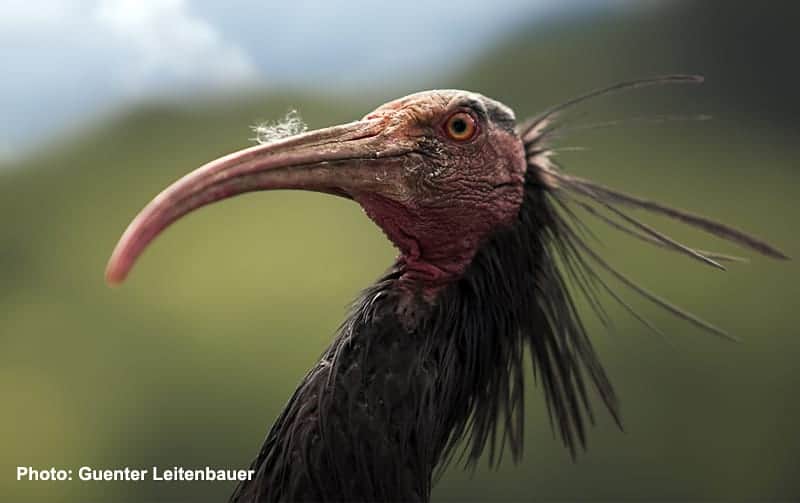 The Northern Bald Ibis, or Waldrapp, is one of the most endangered birds in the world. Once common in Central Europe, it became extinct here by the end of the 16th Century
Revered by the Ancient Egyptians, today there are very few wild birds left in North Africa and the Middle East. In 1997 a free-flying flock of these iconic birds was reared in a small town in Upper Austria and in 2003 Austrian biologist, Dr. Johannes Fritz, started to train a small group of Waldrapp to follow a microlight. The mission – To teach them how to migrate over the Alps to a wintering area in the south of Tuscany. Return of the Waldrapp was my first documentary. Self-funded and with no crew, it was filmed during holidays in 2003 and 2004. The film won the Sonderpreis des Tierschutzbeirates von Rheinland-Pfalz in the Naturale 2004/2005 19th International Nature Film Festival.