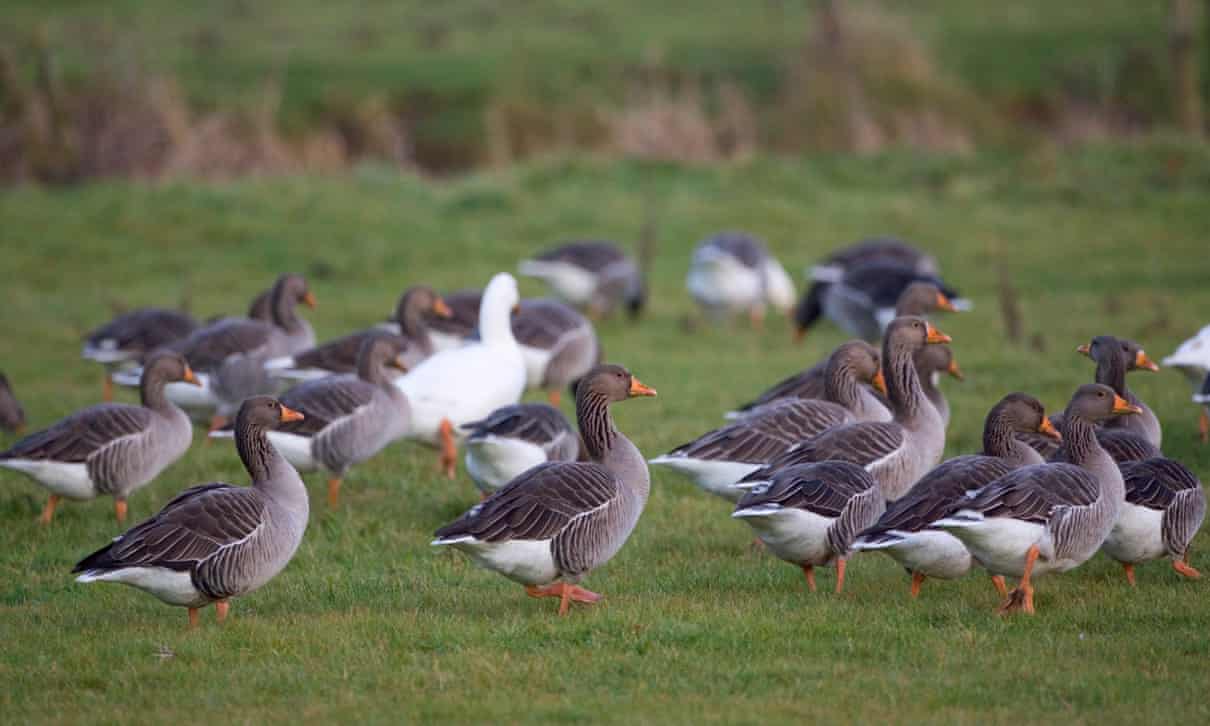 About 60 greylag geese were shot and killed at the national training centre for England football teams from 2018 to 2019 to “preserve safety” because they were defecating on the pitches.

The Football Association said the birds – which it shot after obtaining a licence to kill – also left large amounts of excrement in public areas, and this not only heightened the risk of people slipping over but also raised the possibility of harmful parasites spreading.

Records from Natural England, obtained by the animal rights group Stop the Cull, show the FA was licensed to kill up to 50 greylag geese a year at St George’s Park in Burton upon Trent, Staffordshire, from 2016 to “preserve health and safety of football teams due [to] excessive fouling of the pitches”.

The group criticised the FA for killing the birds because they had “defecated on the lawn” and claimed it was hypocritical to cull the geese after pledging to enrich local biodiversity.

Ina development brieffor St George’s Park submitted to Staffordshire county council in 2014, the FA said it would protect, maintain and enhance the biodiversity and geodiversity of the area.

The management at the national football centre discouraged the feeding of the birds and installed fences around the ponds on the site – two of which existed before St George’s Park first opened in 2012 – and began egg oiling, a more humane method of managing geese populations, in 2018.

Other methods such as scaring, trapping and bird proofing were also used to encourage them to move away.

“As a last resort, after these recommended steps were taken to prevent problems, St George’s Park was granted a licence to control the geese on the property in order to preserve public health and safety on the site,” an FA spokesperson said, adding that about 60 in total were killed from 2018 to 2019.

“This is not just about the birds defecating on the pitches but the public areas where they congregate around the site in sizeable numbers and leave large amounts of excrement behind.

“This not only poses a risk to public health and safety via slips and trips but can also lead to harmful parasites found within geese faeces being transferred around the grounds – including inside publicly accessible indoor facilities – spreading the risk of contracting the diarrhoeal disease cryptosporidiosis.”

The spokesperson added that no greylag geese had been killed this year and there were no plans for further culls since the “preventive” measures had helped reduce the faeces problem.

Cryptosporidiosis is a contagious intestinal infection which can seriously affect people with weakened immune systems but the actual risks posed by greylag geese in transmitting the disease to humans is unclear.

At St George’s Park, the waterfowl may have been attracted to the area due to the creation of a manmade pond near the football pitches. On a planning statement proposing the creation of the national football centre, the architects wrote: “The new open area of water will provide suitable habitat for dragonflies and damselflies, breeding opportunities for amphibians and foraging habitat for bats.

“The margins of the open water will be planted with native species such as sweet flag and common reed and other aquatic species will be included. Public access will be controlled to prevent disturbance to ground nesting birds.”

Jay Tiernan from Stop the Cull said: “There is something sinister in creating a pond which you show off as part of your green credentials, only to slaughter the birds that come to use it because you don’t like bird poo on your lawn.

“Their planning permission application in part hinged on the benefits of the development to wildlife, so to then go and kill the geese is shocking. It’s a terrible act of hypocrisy.”

He added: “Let the wild be wild. Nature should be allowed to flourish, and organisations like the Football Association should be leading the way with a far more holistic approach towards wild animals.”

Thirty-two other licences to kill greylag geese to protect public health were granted in 2018, data published by Natural England shows. And more than 67,000 licences to kill individual geese or destroy their eggs or nests have been granted in the last five years.

This article was first published by The Guardian on 18 April 2020.