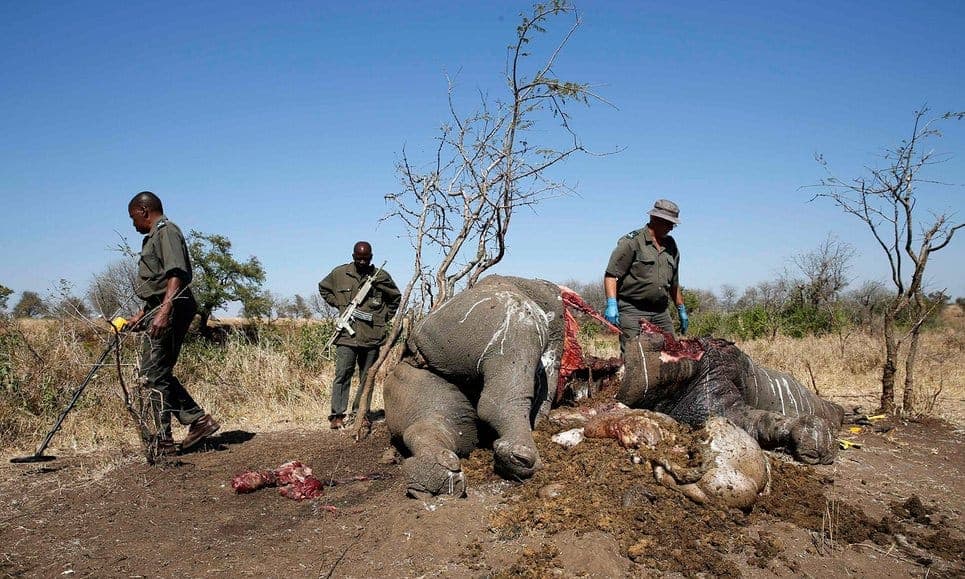 A major investigation into global wildlife crime today names for the first time key traffickers and links their illegal trade to corrupt officials at the highest levels of one Asian country.

The investigation, published by the Guardian, exposes the central role of international organised crime groups in mutilating and killing tens of thousands of animals and threatening to eliminate endangered species including tigers, elephants and rhinos.

The in-depth reporting identifies suspected traders across several continents, from South Africa to Thailand and in the markets of China, where animal parts are used in traditional medicines.

For the past year, the Guardian has worked with independent investigators at Freeland, an anti-trafficking organisation that has been providing information and analytical support to a Thai government surveillance team.

In the absence of effective international attempts to block the business, Freeland has agreed to give exclusive access to intelligence it has accumulated over 14 years that identifies primary traffickers.

It points to two Vietnamese siblings, the Bach brothers, as key suspects who control a primary smuggling route for endangered animals.

Separately, the Guardian will on Tuesday report on evidence it has that suggests the industry has political support across several countries, and that one state even collects a 2% cut from the gross value of illegal wildlife imports. 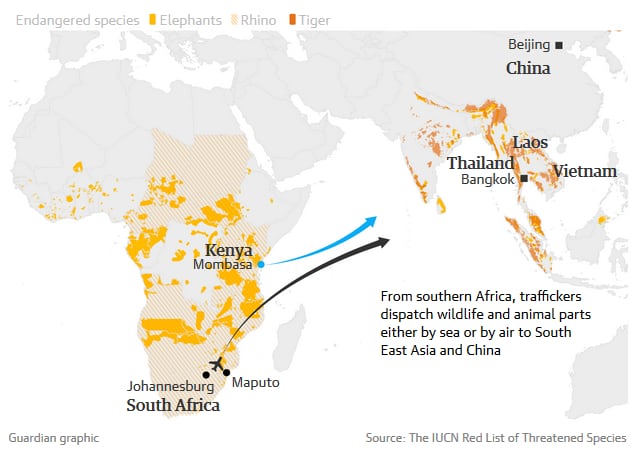 The series is published during a crucial conference in Johannesburg, which opened on Saturday. The 182 nations who have signed the Convention on International Trade in Endangered Species (Cites) are debating the future of animals that are being wiped out by a criminal industry.

The global body is tasked with regulating international wildlife trade, but has no enforcement powers, meaning the slaughter of endangered species and their sale for profit continues unabated.

Worth $23bn (£17.5bn) a year, animal trafficking is the fourth most lucrative black market industry after drugs, people and arms smuggling. But in contrast to those industries, international law enforcement has proven inadequate.

Many iconic animals are heading toward extinction: only 30,000 rhinos are alive today, 5% of the number four decades ago. About 1,000 are killed by poachers annually – and that figure has risen each year in the last six. 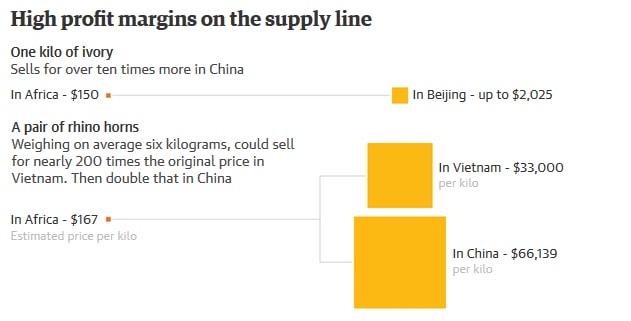 Elephants are being killed in even greater numbers: 20,000 for their tusks last year alone. Tigers, currently numbering 3,500 in the wild, are also in imminent danger.

But smaller animals, too, are facing extinction. Scaly anteaters, called pangolins, are shipped live in fishnet bags across borders for their scales, which are believed by some to help mothers breastfeed. Several vulnerable sub-species of turtles, pythons, antelopes and birds are also in sharp decline.

Freeland’s findings, together with police documents and interviews as well as surveillance footage and bank transfer statements, show the Bach brothers have dramatically scaled up their operations in smuggling these animals during the past three years.

Until today, international attention had been focused almost solely on a Lao man called Vixay Keosavang, who was assumed to be the kingpin of the trade and known as the Pablo Escobar of wildlife trafficking.

But this week’s investigation reveals how Keosavang appears to have removed himself from the trade in 2014 after the US government put up a $1m reward to end his operations, the only monetary reward ever offered for a wildlife trader.

Meanwhile, the role of the Bach brothers has, until now, remained unexposed. And while running their operations discreetly from a Thai town on the border with Laos, they are gathering huge profits from the deadly trade.

The siblings base their operations in Nakhon Phanom, a rural region on the Thai side of the Mekong river that marks the border with Laos. They own multiple properties, including warehouses, apartment buildings, and a fleet of expensive vehicles. Their suspected headquarters is built like a fort, covered almost entirely in a cage of metal bars.

Their cars, which have their licence plates routinely changed, are moved across the border. One vehicle was filmed with a bespoke deep-set trunk that investigators believe provides hidden storage.

This article was first published by The Guardian on 26 Sep 2016.

What horrific people out there who are totally greed and money driven without any sense of dignity or respect for wildlife, wild places and this magnificent planet that they are destroying!

THIS IS MORBID, INHUMANE AND INSANE!!!
THIS SICK ACT SHOULD BE STOPPED NOW!!!