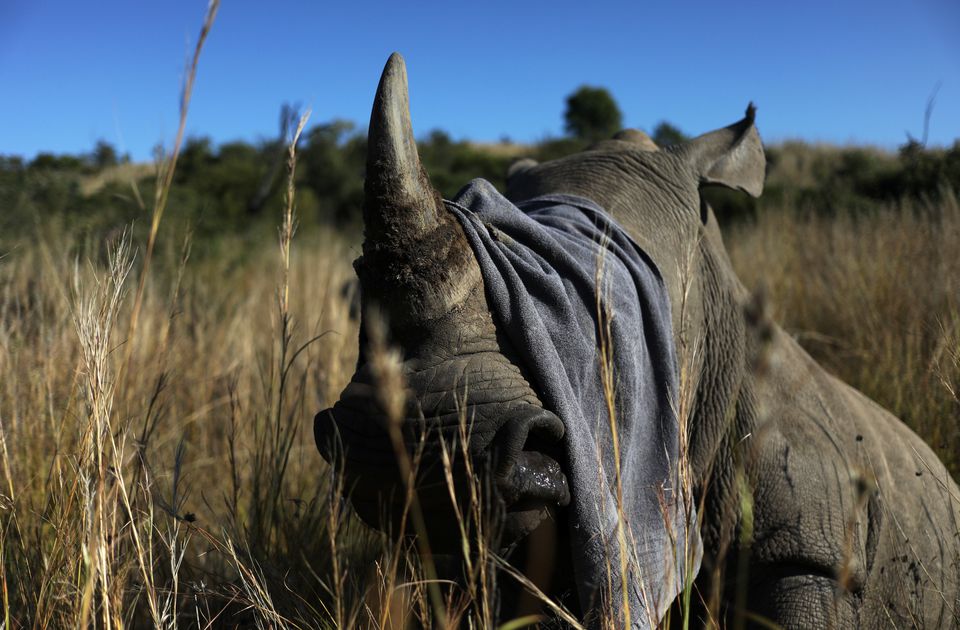 Rhino poaching is on the rise again in South Africa since the government loosened coronavirus restrictions, following a year-long lull due to the pandemic, wildlife parks say.

The strict limits on travel, including international travel, imposed in March last year had the happy side effect of keeping poachers at bay. In 2020, 394 rhinos were poached, 30% fewer than the year before and the lowest yearly tally since 2011.

She declined to say how many incidents had occurred.

“There is a very real and realised threat as poaching pressure has increased since lockdown perhaps to meet the demand from the international markets,” she said.

Rhino poaching often involves both local poachers and international criminal syndicates that smuggle the high value commodity across borders, often to Asia where demand is high.

Their methods are cruel: rhinos are sometimes shot with a tranquiliser gun before the horn is hacked off, resulting in the animal being left to bleed to death, Save the Rhino said on its website.

Other rhinos are killed with high-powered hunting rifles before the horn is removed, said Julian Rademeyer, director of the organised crime observatory for east and southern Africa at the Global Initiative Against Transnational Organised Crime.

Reserves, which have been battling tighter budgets amid a coronavirus-induced lull in tourism, have also been forced to cut back on anti-poaching patrols, compounding the threat to rhinos. read more

Some reserves use dehorning as a way to prevent armed poachers from taking advantage of easier cross-border travel.

Veterinarians cut the horn at the stub, rather than removing it all, which prevents the rhino from bleeding to death. Balule Nature Reserve, located in the greater Kruger system has de-horned 100 rhinos since April 2019.

The country’s environmental ministry is expected to release its 2021 half-year poaching figures at the end of June.

“As [lockdown] restrictions over time have become less, there has been an uptick in poaching as a result,” said Rademeyer.

South Africa has about 16,000 rhinos located within its borders, Frances Craigie, chief director of enforcement at the environmental ministry told Reuters.

But relentless poaching and a drought in the North-East region has hit the rhino population hard. In the Kruger National Park, the number of rhinos has plummeted almost more than two thirds in the last decade to around 3,800 in 2019 from 11,800 rhinos in 2008, a South African National Parks report showed.

This article was first published by Reuters on 4 May 2021. Lead Image: A towel is used to cover the eyes of a tranquillized rhino before it is dehorned in an effort to deter poaching, amid the spread of the coronavirus disease (COVID-19), at the Pilanesberg Game Reserve in North West Province, South Africa, May 12, 2020. REUTERS/Siphiwe Sibeko.