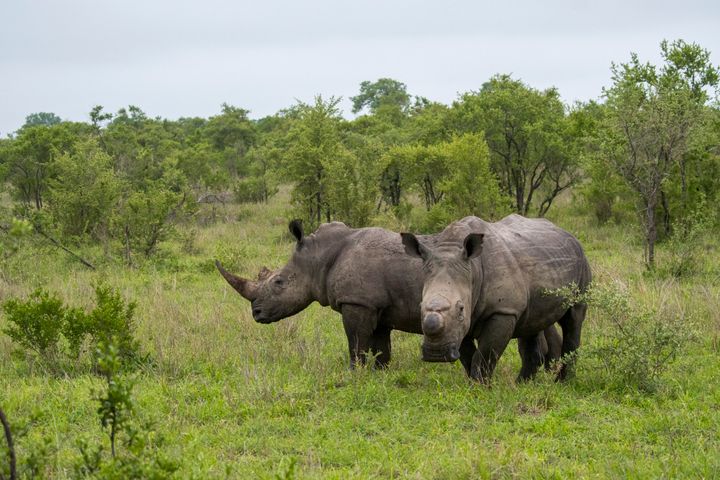 As Africa’s national parks and game reserves have emptied of tourists and reduced ranger patrols amid the coronavirus pandemic, conservationists say a troubling trend has taken root.

Opportunistic poachers, taking advantage of the lull, are maiming and killing rhinos and other endangered creatures in areas usually considered safe from such attacks ― and there are fears these killings could spike substantially as COVID-19 lockdowns and other restrictions continue.

“Poaching doesn’t stop just because there’s a virus — if anything, it picks up.”

In a sobering report last month about the impacts of the pandemic on wildlife crime, the Wildlife Justice Commission said “several prolific poaching bosses in Africa are actively organizing poaching teams to enter parks and protected areas during this time.”

The impacts of those incursions are already being felt.

In Kenya, which usually welcomes 1.5 million tourists a year ― a vast majority of them safari-goers ― “we have seen alarming increases in bushmeat and ivory poaching” since the introduction of COVID-19 restrictions, Sanjayan Muttulingam, CEO of Conservation International, told the Financial Times.

In Botswana, at least six rhinos have been killed by poachers since the country’s flourishing ecotourism industry was shuttered because of the virus. And in neighboring South Africa, at least nine have been poached.

“Those are just the ones we know about,” activist Nico Jacobs told The New York Times.

As the pandemic halts tourism to Africa, poachers are killing rhinos in travel hot spots now devoid of visitors. In Botswana, at least 6 $rhinos have been poached since the virus shut down tourism there and in the northwest South Africa, at least nine. https://t.co/L7Zh5IvkZl pic.twitter.com/hLRO4aKeaR

Jacobs, founder of Rhino 911, a nonprofit that provides emergency helicopter transport for rhinos in need in South Africa, said he’d responded to a rhino poaching report “almost every single day” since the country’s lockdown began.

He recalled rushing to the rescue of two critically endangered black rhinos whose horns had been hacked off by poachers. By the time he found them,  they’d already died from their injuries, Jacobs told the Times.

Black rhino populations declined by 98% between 1960 and 1995, largely due to hunting, according to the World Wildlife Fund. Today, around 5,000 of them remain.

Noah’s Ark Foundation Ranger, Peta Janice Smith says #COVID19 “is directly responsible” for the increase in animal poaching over the last month, due to less patrols and the lack of tourists.#KayBurley
Get the latest on #coronavirus: https://t.co/JXMyP5Ihiv pic.twitter.com/uXmYew3ibs

Poaching of rhinos and other endangered creatures isn’t atypical in Africa, where illegal hunting has driven many species to the brink of extinction. What is out of the ordinary, however, is where the latest killings have taken place: tourist hotspots where, under the gaze of visitors and safari guides, animals were once considered relatively safe from poachers and bushmeat hunters.

“The COVID-19 lockdown illustrates just how important ecotourism is for the conservation of Africa’s natural heritage,” WildAid CEO Peter Knights told HuffPost in a statement. “If the lodges are closed, there are more unemployed people, and without tourists on safari or people working in lodges, you have less surveillance.”

Many reserves have had to cut staff or slash rangers’ pay. And due to health concerns, rangers who are still working are isolated from their colleagues and their families.

“Rangers are facing major challenges: not only are they unable to visit their families, but many have also had to take pay cuts due to the loss of income at many rhino sites, and training that would have otherwise helped to boost morale has been put on hold,” conservation group Save The Rhino wrote in a blog post.

The nonprofit also pointed out that conservation efforts have been stifled amid the virus outbreak. Translocations to establish new populations of endangered species, for instance, and have been put on hold, as have community engagement and education programs.

The pandemic, Save the Rhino noted, has raised serious questions about whether ecotourism is the best and most sustainable way to protect Africa’s most vulnerable creatures.

“We can expect not only poaching of rhinoceros and elephant and other iconic animals, but we can also expect a spike in bushmeat poaching across the continent,” Ives of Rhino Conservation Botswana told the Times last month. “There are going to be a lot of people that are not earning a living and they will turn on the natural world and you cannot blame them. These are hungry people.”

The longer lockdowns continue, the more risky it will be for Africa’s endangered species, CeCe Sieffert, acting executive director of International Rhino Foundation, warned in a statement.

Sieffert noted that poaching in some areas in Africa has actually decreased during the pandemic due to increased police and military presence. But as lockdowns drag on, she pointed out, “risks will increase as desperation also rises.”

This article was first published by HuffPost on 5 May 2020. Lead Image: White rhinos in the Manyeleti Reserve in the Kruger Private Reserves area in South Africa – Photo by WOLFGANG KAEHLER VIA GETTY IMAGES.