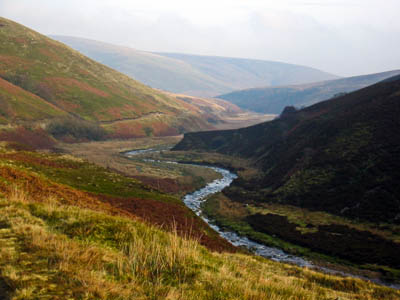 In 2007 at a Hen Harrier meeting set up by the Duke of Westminster, the duke told Ian Grindy, BowlandEstate Manager, United Utilities, that the water authority’s Bowland estate was the worst managed estate in northern England. Game keepers were needed to manage the land the duke suggested. Ian replied with the fact that if game keepers and shooting were allowed on the land there would be no Hen Harriers left on Bowland within 6 months.

As you all know shooting is now allowed. Hen Harrier numbers are crashing and what about all the other raptors. Do we know if shooting is interfering with the Eagle Owls? Where are all the Short eared Owls? Is the management on the land only missing cattle with all sheep removed?

This news from Orkney suggests that land management is the key but there are no game keepers on Orkney! Radio tagging of Hen Harriers show that most birds are taken out in winter not just in spring when territories are being made. The petition in England has very little support. Who is telling the big wigs in the RSPB not to push it? Is it that little set of individuals that do funny hand shakes and can not survive in this world on their own!

Dave Dick’s book seemed to point the finger at these funny men. Why did some police tell the keepers that trouble was coming while others went to the Wall. In my case the police sergeant was involved with the shoot and told me direct that he would not get involved with the case while banging his fist on all the documents related to the case!!

Why was I kept out of the court case by both the RSPB and the police? Why were shooters members of the magistrate. We lost 2 – 1.

Britain certainly seems at a cross roads. The recession will let many businesses fall while others scrape through. This will be a big test for Wildlife tourism. With little money in the economy will people still go to Mull and foreign trips to exotic places where the money is vital to save species and the human race? Will the membership of organisations fall as money is tight? Can the 15% fall out of members in many organisations be recovered each year? Where are these new members going to come from? Certainly not the working class as jobs fail, fuel prices rise and money gets even tighter.

Is there a light at the end of the tunnel? Wildlife is an inspiration to many with a brain. Too many it does not cost a lot to look at Peregrinestaking up in the big cities with 20 pairs already in London removing the feral pigeons let loose by these so-called ‘pigeon fanciers’ costing each town and city a total of £millions to clean up the mess with no money coming from the people whose birds they came from!

Will the rat poison run out when the public and council realise that cats, birds of prey, Polecats, Stoats and Weasels will do it for free. £200 million each year is needed for damage to agriculture, horticulture and private gardens by rabbits. ‘Predators wanted’ will be on the sign. Game keepers given spades not guns to plant millions of trees to capture carbon making new habitats. The only war needed is to take Switzerland and empty its banks of all that ‘criminal’ money. Yes things are looking better already.