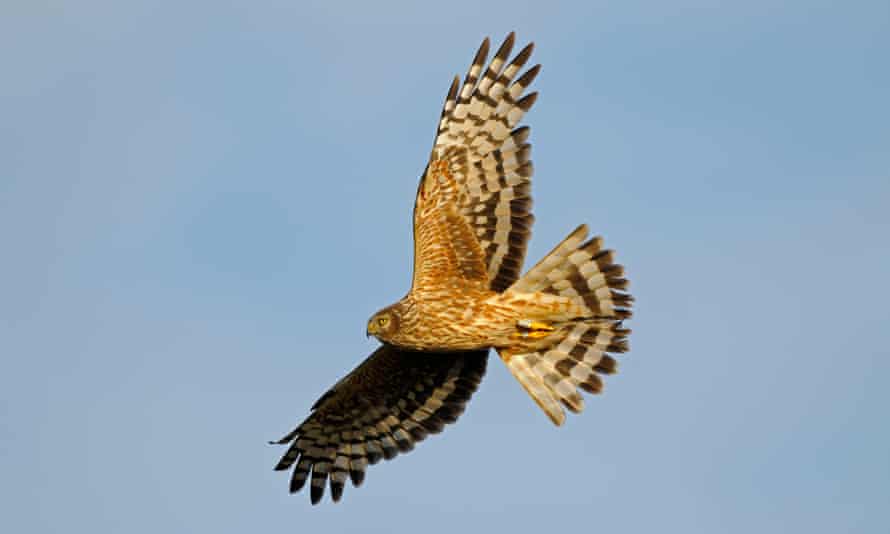 The RSPB has been “overrun” with reports of birds of prey being illegally killed since lockdown began.

Police have been called out to investigate multiple cases of raptors being shot, trapped or suspected of having been poisoned, with the charity saying most incidents were on or close to sporting estates managed for game bird shooting.

The RSPB has logged at least 56 potential offences – more than one a day on average – since lockdown began on 23 March, including 15 confirmed shot birds of prey and 24 birds submitted for further postmortem analysis after suspected illegal killing.

On 29 March, a buzzard was found with its wing fractured by gunshot at Shipton, near York. The buzzard was rehabilitated by a local wildlife expert and recovered. Over the Easter weekend, a red kite was found shot dead near Leeds with 12 shotgun pellets in its body.

The following weekend, the naturalist and broadcaster Iolo Williams recovered a red kite in Powys which had been shot dead.Two further red kites were also reported shot in the area.

In Scotland, the police are investigating several raptor persecution cases and reports of the use of illegal traps on grouse moors.

Mark Thomas, head of UK investigations for the RSPB, said: “Since lockdown began, the RSPB has been overrun with reports of birds of prey being targeted. It is clear that criminals on some sporting estates, both in the uplands and lowlands, have used the wider closure of the countryside as an opportunity to ramp up their efforts to kill birds of prey.

“Spring is the time when birds of prey are most visible and therefore vulnerable, as they put on courtship displays, build nests and find food ready to breed. The criminal actions are targeted and malicious in nature, taking out birds before they have the opportunity to breed, often in areas where they have previously faced persecution.”

Supt Nick Lyall, the head of a national police and policy group tasked with tackling raptor persecution, said he was “sickened” by the number of cases in recent weeks.

“Lockdown has been seen as a green light by those involved in raptor persecution offences to continue committing crimes, presumably in the belief that there are fewer people around to catch them doing so,” he said. “I remain grateful to everyone involved in investigating these crimes, and thankfully in the vast majority of the cases I am aware of, it looks like some really good lines of inquiry are taking place which should lead to arrests and interviews.”

Amanda Anderson, director of the Moorland Association, said: “Any confirmed reports of raptor persecution are cause for concern. The incidents specified near Leeds and York … [by the RSPB] are clearly not on grouse moors, while reports we have from our members in the uplands have suggested that many birds of prey are in fact benefiting from the lockdown restrictions and the subsequent reduction in disturbance from members of the public. Estates across the country have reported a number of raptors including peregrine, merlin and hen harriers nesting and living on those landscapes.

“We condemn any illegal activity and Moorland Association members have signed up to a cross-sector zero tolerance approach to wildlife crime.”

Dr Ruth Tingay of Raptor Persecution UK and co-founder of Wild Justice, said: “The reported surge really shouldn’t come as any surprise. Birds of prey have been ruthlessly targeted on many game-shooting estates for decades; lockdown simply provides the criminals with more opportunity to pursue their targets with little fear of detection or consequence.

“The big question remains the same – lockdown or not: when will this government acknowledge the scale and extent of the problem and hold these shooting estates to account? Wilful blindness can no longer be tolerated.”

Lead Image Source: Hen harriers are among the falcons being targeted. Photograph: Alamy

This article was first published by The Guardian on 15 May 2020.