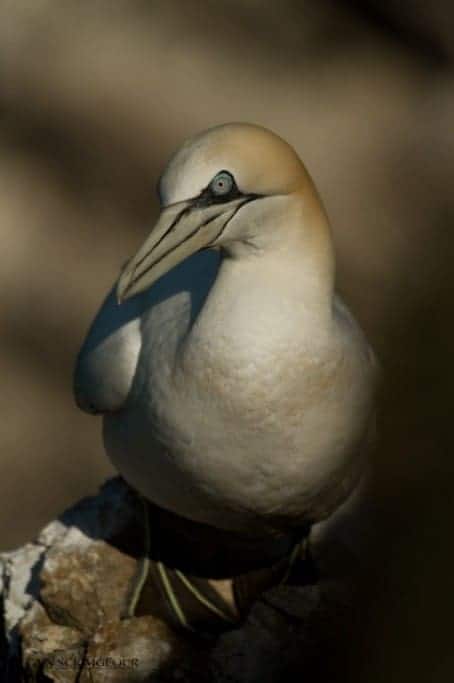 I’ve just came back from some time filming the Gannets ofRSPB Troup Head, for the RSPB, to produce a short promotional film of the reserve. We’d planned for me to stay a week, but it soon turned into a two weeks, when I lost my car keys on the cliffs somewhere (most likely off the cliffs somewhere) and had to get a spare posted up.

The extra week allowed exploration of the base camp,RSPB Loch of Strathbeg, and I’m pleased I did, highlights of summer plumage Ruff, Cuckoo, numerous Osprey, Marsh Harrier, Badgers, Roe Deer, and unbelievable views of Otters, showing some new behaviours (for me) as they hunted the Black Headed Gull chicks from one of the islands.

Whilst filming atRSPB Troup Headthe weather was surprisingly good! Too good at the start of the week, working wonders with my tan, but proved difficult when filming these big white birds.

I’d only visited this site from the land once before when I was residential volunteering last July, so I had a fair amount of exploring to do. My wandering wasn’t a disappointment, finding a few good vantage points allowing me to get closer and eye level with the Gannets. 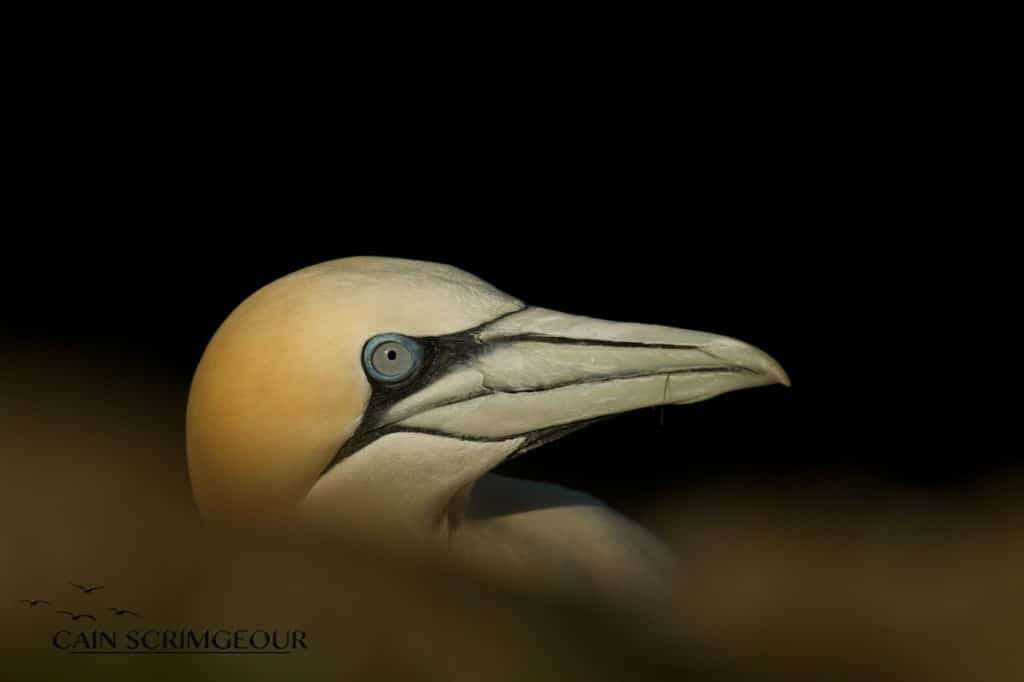 Being in the presence of such prehistoric and beautiful birds was a privilege, they had let me into their lives. 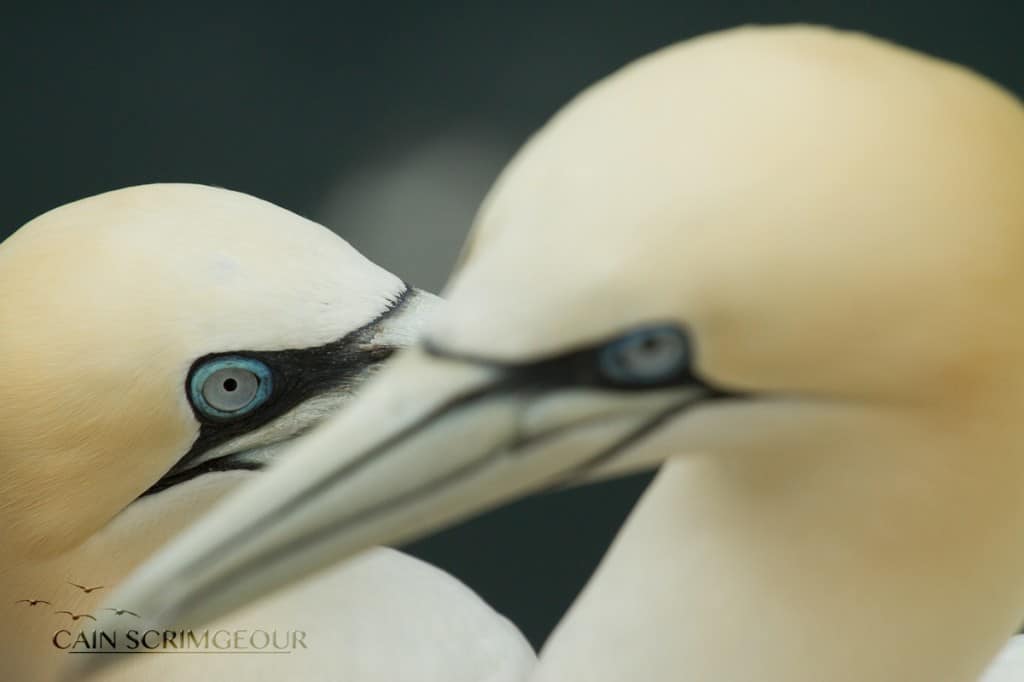 Through this proximity and acceptance I gained some full frame footage of behavioural characteristics associated with the Gannet. I’ll make sure to post a link once the final film has been produced. For the mean time

(listen from 1:15:25) a link to my first radio appearance on BBC Radio Scotland, where I describe my favourite habit of the Gannet. 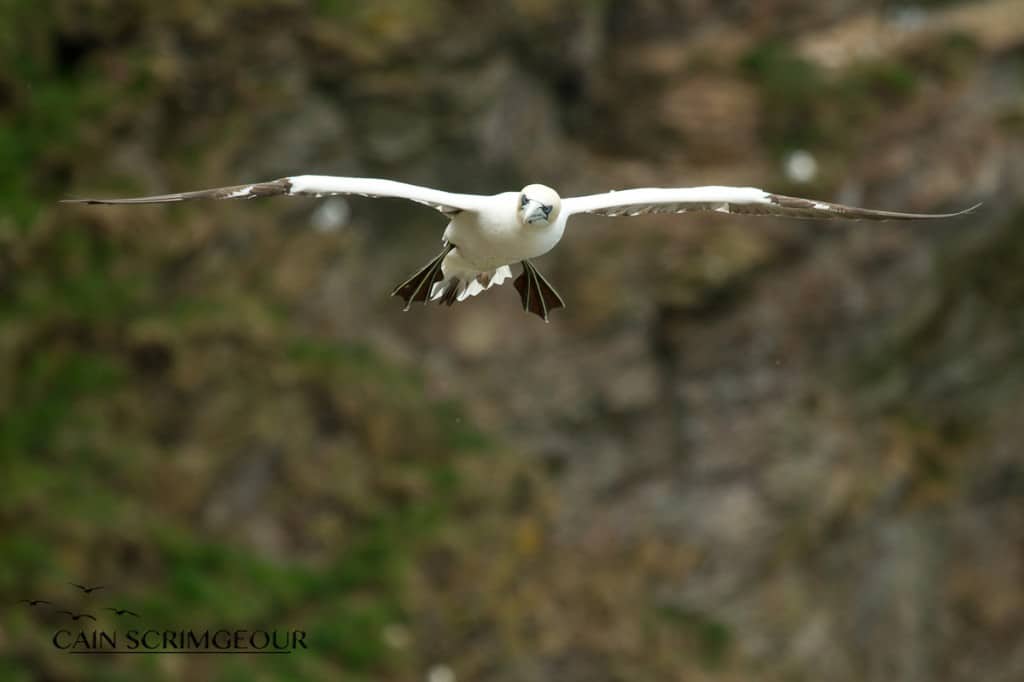 Something that was lacking at the beginning of the week was wind, not even the slightest breeze. This kept the majority of the Gannets on the cliffs, the sea, or below the headland. Only two days of my time at

did the wind show its face, pushing the Gannets higher and higher, into my line of sight. 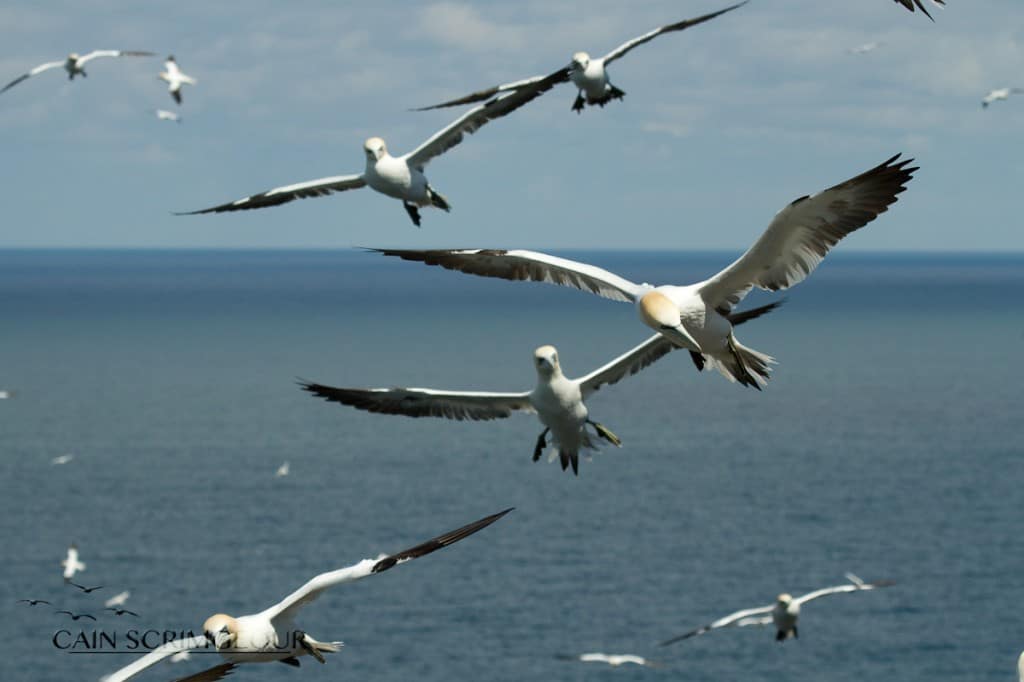 Its a pleasant 10-15 minute walk from the car park to the cliffs, through farmland, and grassland, the latter of which is full of flora. Even the cliffs tops are covered in plant life, with a number of different species, some extending right to the edge. 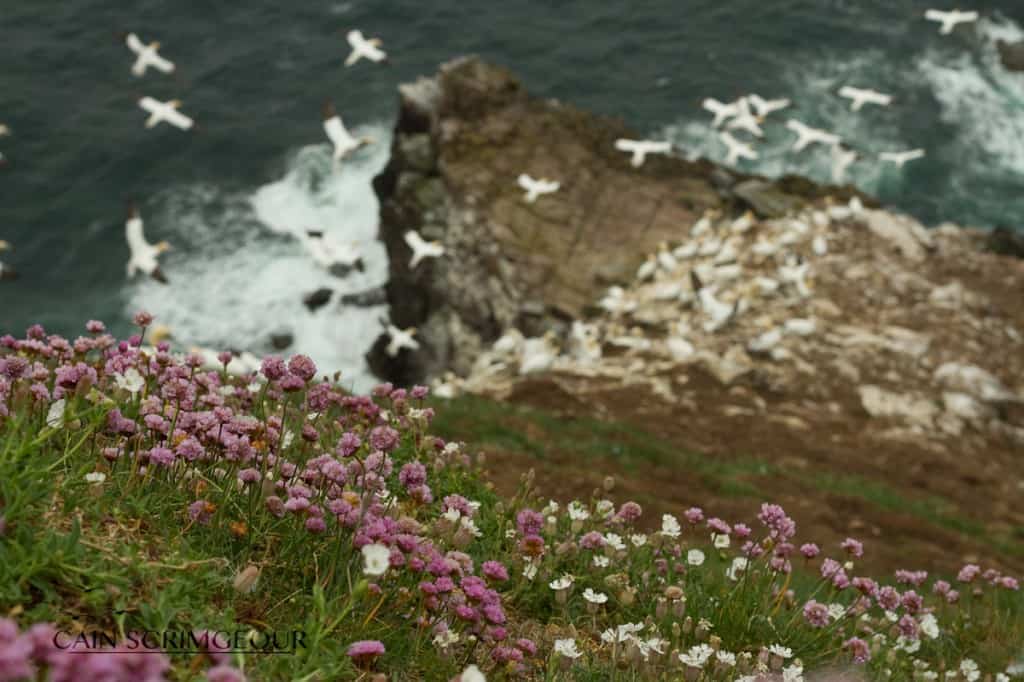 Thousands of Gannets circling in the air, trying to find their place on the cliffs is a mesmerising sight. I would have been perfectly happy sitting all day just watching them move across this dramatic landscape. 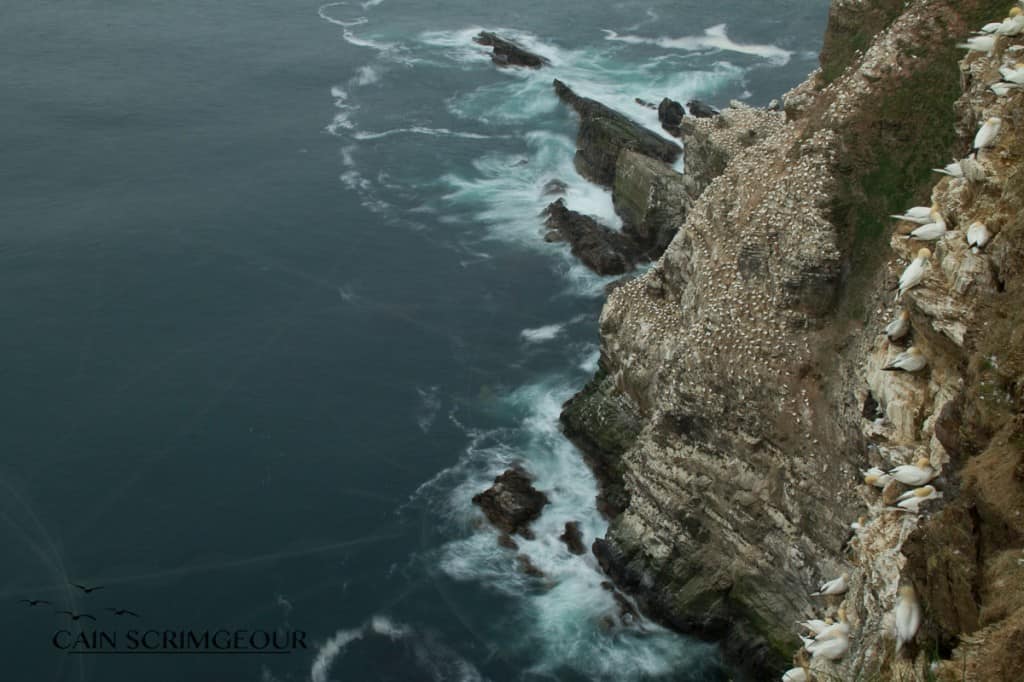 Whilst sitting on the edge of the cliffs, the Gannets would fly pretty close by, although not as close as the Fulmars, who seemed to enjoy getting closer and closer on each pass. 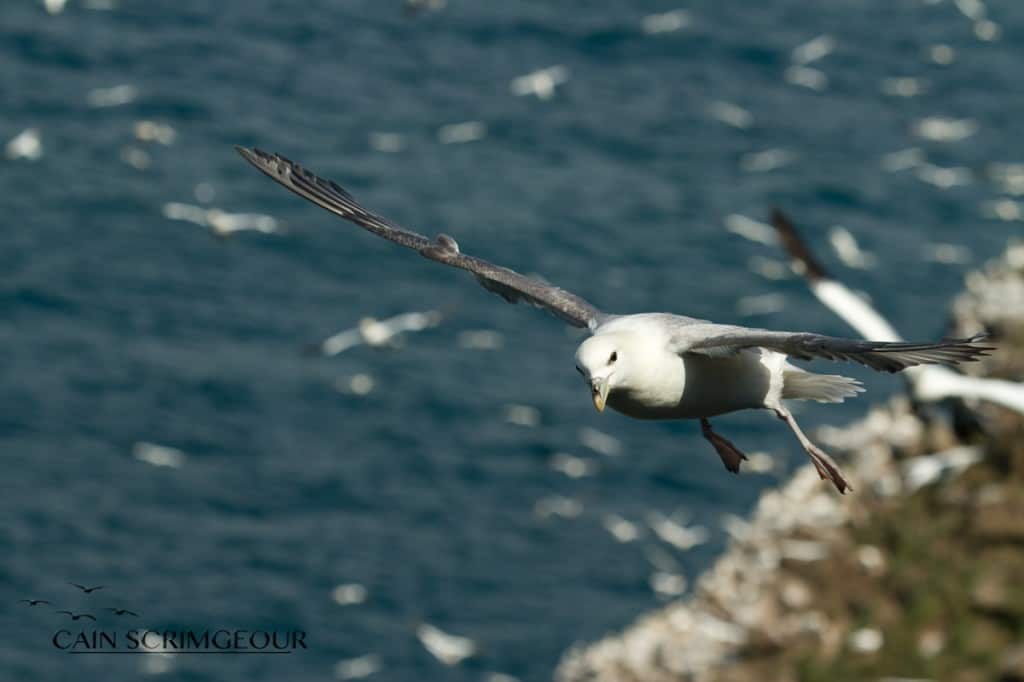 Although filming was my main aim of the stay, I did spend some time playing with ND Graduated filters, and slow shutter speeds. I feel the images below show the true essence of this North Sea environment and how the Gannets exist within it. 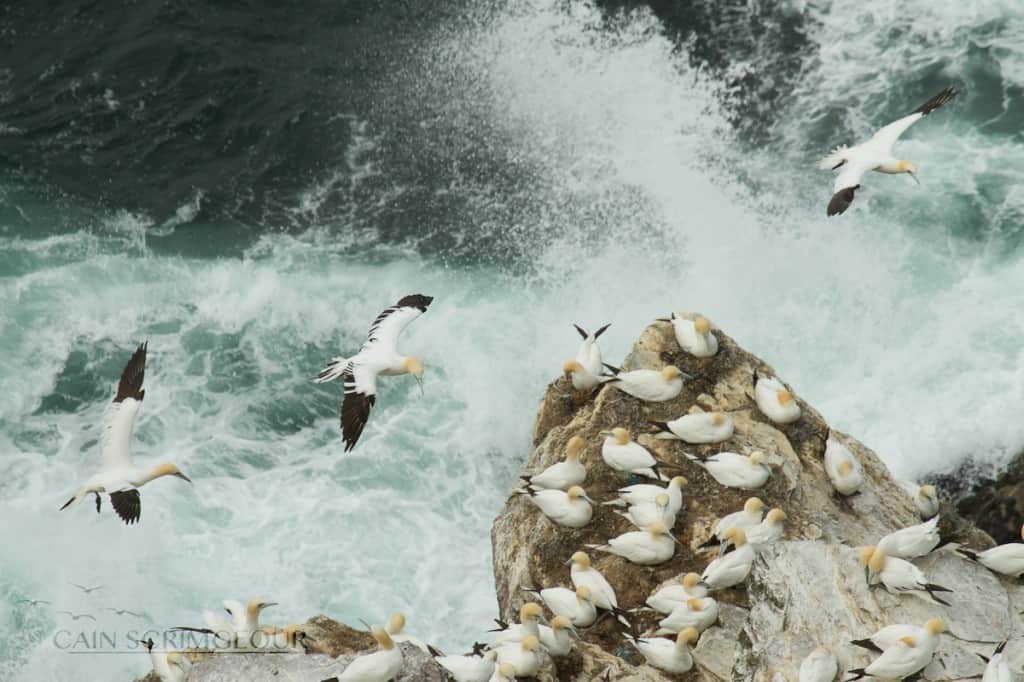 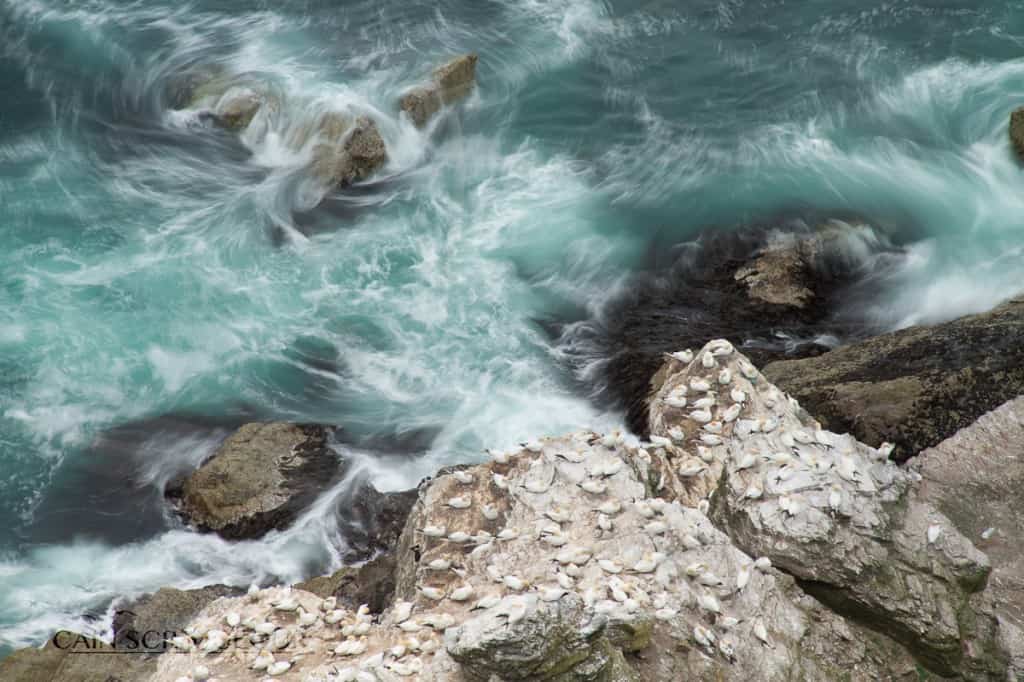 On my last day at

I went along with Emma Cuthbertson (the warden of the reserve), as we approached the headland it was clear it was going to be good day. Hundreds of Gannets were air born, hanging above the cliffs tops, congregating in areas higher than they had ever done before, the wind was to thank. 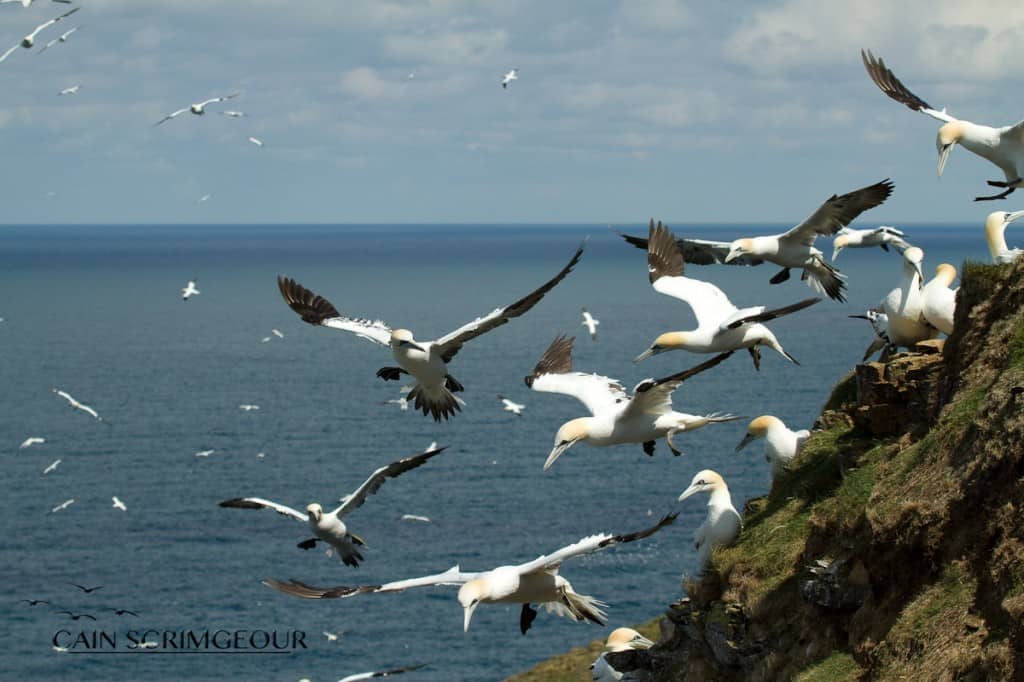 It was this day that I both lost my car keys, and captured my favourite image from the trip. Maybe if I hadn’t crawled along the cliff top, towards the edge, to gain this image I would still have my keys. But it was worth it ! 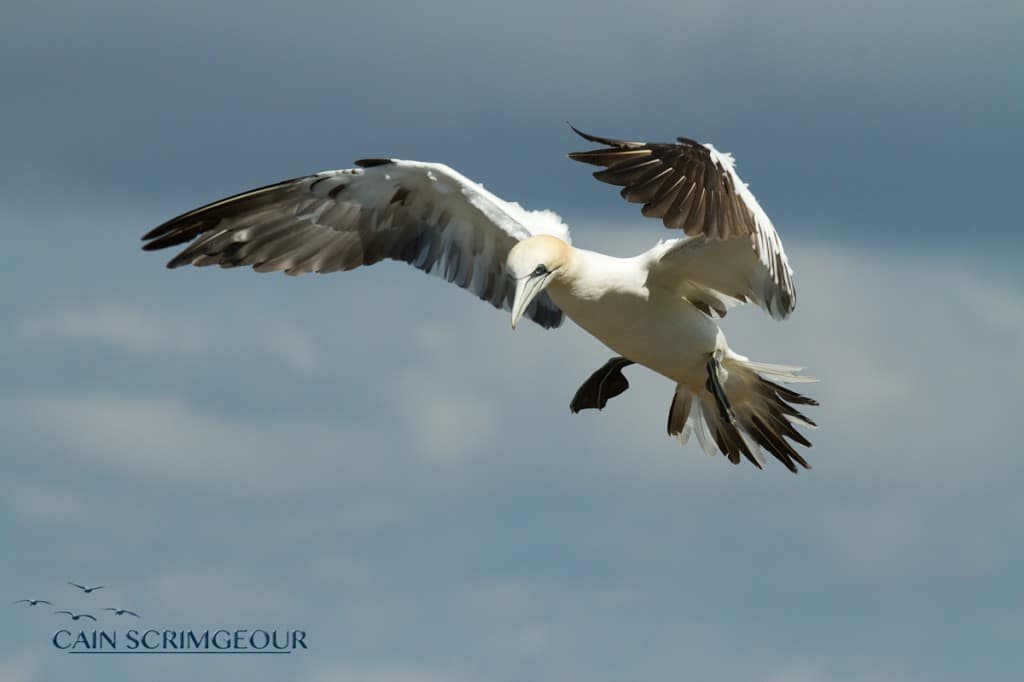 You can follow RSPB Troup Head at their blog

, and RSPB Loch of Strathbeg

Cain, gannets and fulmars are two of my favorite species. You’ve really captured the excitement and atmosphere of being on the cliffs observing these two magnificent species.

wonderful pics! remind me of our trip to Grassholm with UC Cardiff.. awesome memory, thanks for refreshing that !:)  Just beautiful.