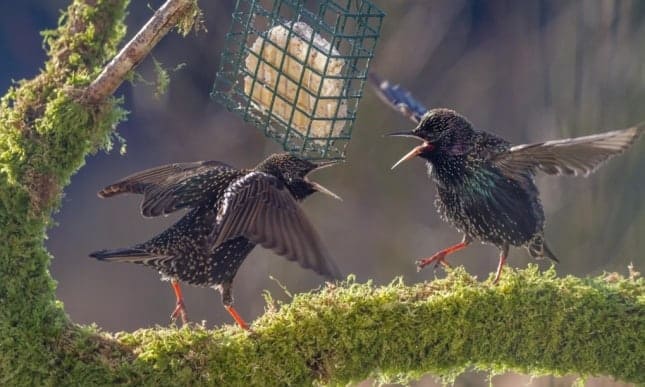 The number of backyard researchers in the world’s biggest citizen science survey was up this year, but participants found populations of many bird species continued to decline.

More than 585,000 people took part in the RSPB’s Big Garden Bird Watch. The survey took place over a January weekend, as it has for the past 36 years.

The number of amateur scientists was almost 100,000 more than last year, falling just short of the record participation in 2011. The RSPB said friendly media coverage and support from celebrities had helped inspire Britons to be involved.

Citizen science allows scientists to tap the vast resources of an interested and passionate public by asking them to act as observers of nature. Dr Daniel Hayhow, a scientist at the RSPB Centre for Conservation Science, said the numbers of people taking the time to join the bird watch was “really exciting and the dataset that we have is a real goldmine”.
Advertisement

Hayhow said: “Personally its a really great privilege to have that many people as your research assistants. I know that it opens up the eyes of some people. I’ve seen the comments that they write alongside their entries saying how much they’ve enjoyed and how much they’ve gained from doing it.”

He said he hoped some participants would be inspired to take the next step and train for the RSPB’s more technical surveys.

Nature commentator and former RSPB conservation director Mark Avery said the turn out for birds showed how passionate the British public are about their feathered fauna.

“More people counted birds in their gardens than are members of all the political parties altogether. That ought to be a lesson to them coming up to the general election,” he said.

Unfortunately, the results of the bird watch struck a less positive note. A bumper crop season in 2013 and a warm winter meant that, in general, bird populations were slightly bolstered this year. A cold snap on the survey weekend of 24-25 January also drove more birds into gardens seeking food and shelter. But this did not disguise the long-term downward trend for many species.

Some of Britain’s most taken-for-granted birds are on a precipitous decline. House sparrows, which have declined 58% since the survey began in 1979, and starlings (down 80%) continue to worry scientists. Hayhow said changes to the management of farmland and the loss of good habitat were the primary drivers of the falling populations.

“With a long running study such as this you can still conclude that the long-term declines are genuine and they are backed up by results from other studies. So overall we’ve got quite serious declines in species of conservation concern, which includes the greenfinch, song thrush, starling and house sparrow,” said Hayhow, who thought many people would be surprised to hear starlings and sparrows were actually on conservation watch lists.

“They are still widespread,” he said. “Most people wouldn’t understand that they are species of such conservation concern because they see them all the time. But its the rate of that decline that is what is of concern to us,” he said.

This article was first published by The Guardian on 26 Mar 2015.

Makes for sad reading. I have noted the Starlings and Sparrows declining in the garden…
We do have more Jays and Rooks and Jackdaws appearing, but that does not help the small birds either…

Yes the usual small birds in our area has disappeared from 30 years ago we had blue tiits robin thrush starlings tree sparrows now,now just blackbirds, house sparrows , seagulls, magpies and now and again a pied wagtail we have grey ringed doves was nesting on a birch tree and pigeons from the neighbouring houses.