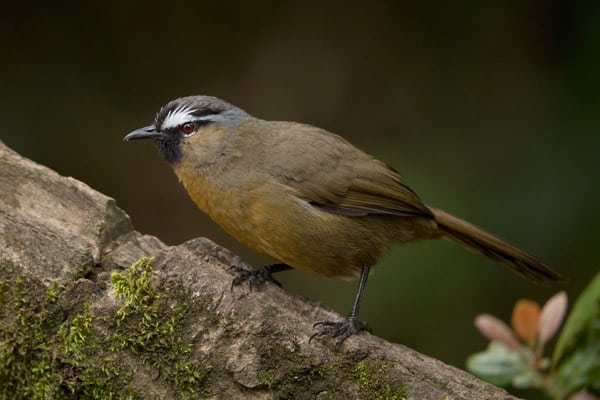 Want to save the world’s biodiversity from mass extinction? Then make certain to safeguard the 74 sites identified today in a new study in Science. Evaluating 173,000 terrestrial protected areas, scientists pulled out the most important ones for global biodiversity based on the number of threatened mammals, birds, and amphibians found in the parks. In all they identified 137 protected areas (spread over 74 sites as many protected areas were in the same region) in 34 countries as “irreplaceable.”

“We highlight a set of exceptionally irreplaceable [protected areas] for which we recommend a particularly high level of management effort and encourage global recognition as World Heritage sites,” the authors write.

According to the study, the most important protected area in the world for threatened species is the Sierra Nevada de Santa Marta Natural National Park in Colombia. Safeguarding a distinct mountain range on the Caribbean coastline, the Sierra Nevada de Santa Marta Natural National Park is home to over 40 endemic species, i.e. those found no-where else, including many that are threatened with extinction. The list also includes a number of more well-known parks and sites, including the Galapagos Islands, Manu National Park in the Peruvian Amazon, the Western Ghats in India, and the Leuser ecosystem in Sumatra. Many of the ecosystems in question are tropical islands or mountain rainforests, both of which contain high biodiversity found no-where-else.

Santa Marta Natural National Park in Colombia is the most irreplaceable protected area in the world according to a new study. Photo by: Robin Moore. Indonesia is home to the largest number of site on the list—eight. This is perhaps not surprising given the mega-biodiverse country’s ongoing issues with deforestation. Next is Venezuela with five sites, while Brazil, China, Colombia, Mexico, and Peru have four sites each. The U.S. has one site—that incorporates several parks in the Hawaiian Islands—while the UK has two sites, both of which are on far-flung tropical island territories: Gough and Inaccessible Islands World Heritage Site and Henderson Island in the South Pacific.

Notably, only around half of the sites identified have yet to be given UNESCO World Heritage status, including the most important site, the Sierra Nevada de Santa Maria. Others that have yet to be listed include the Udzungwa Mountains National Park in Tanzania and Ciénaga de Zapata Wetland of International Importance in Cuba.

“These exceptional places would all be strong candidates for World Heritage status,” says Soizic Le Saout, lead author of the study, with the Centre d’Ecologie Fonctionnelle et Evolutive. “Such recognition would ensure effective protection of the unique biodiversity in these areas, given the rigorous standards required for World Heritage sites.”

While the sites listed already fall under protected areas, conservationists say that doesn’t mean they are well protected. Many of the world’s parks and reserves suffer from underfunding, poor management, poaching, deforestation, and industrial projects, such as road-building, hydro power, mining, and fossil fuel extractive.

“Páramo Urrao National Protective Forests Reserves, in Colombia, for example, does not really exist,” says Paul Salaman, an expert in Colombian biodiversity and CEO of the Rainforest Trust. “It was legally created in 1975, but this was never translated into on-the-ground management.”

Protected areas are also increasingly under attack by the very governments that created them. In many countries, protected areas are facing downgrading (a change in legal status), downsizing (a decrease in their borders), and even degazettement (outrigtht abolishment of the park) often in order to accommodate extractive industries such as oil, gas, logging, and mining. This recently identified trend has been dubbed PADDD (or protected areas downgraded, downsized, or degazetted).

“Protected areas can only fulfill their role in reducing biodiversity loss if they are effectively managed,” says co-author Simon Stuart, chair of the IUCN Species Survival Commission. “Given limited conservation budgets, that is not always the case, so governments should pay particular attention to the management effectiveness of highly irreplaceable protected areas.”