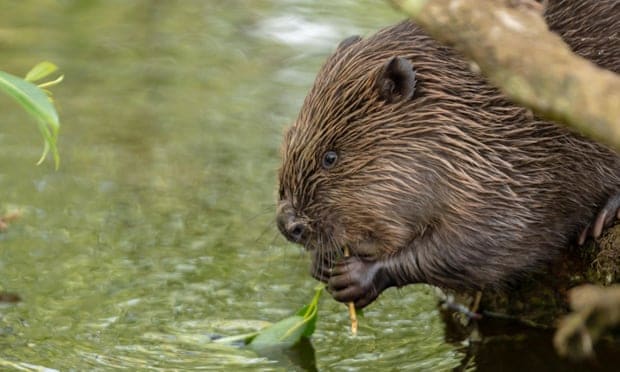 Wildlife experts have said wild beavers in Scotland are being trapped and shot because ministers have broken promises to make them a protected species.

A group of 17 prominent ecologists and conservation bodies have signed a letter to the Guardian urging the Scottish government to honour its pledge two years ago to legislate to protect more than 400 wild beavers in the southern Highlands and Tayside.

“Without this protection, beavers are subject to unregulated culling, which can take place any time, anywhere,” says the letter, signed by groups including the Scottish Wildlife Trust, the Royal Society for the Protection of Birds and the Royal Zoological Society of Scotland.

“This causes concern for the individual welfare of animals and the ability of the species to naturally spread through Scotland’s lochs and rivers. Lethal control must be a last resort rather than the go-to solution.”

A year ago the Scottish environment secretary, Roseanna Cunningham, told MSPs new regulations under the EU habitats directive would be in force in the first half of 2018 to prevent any unlicensed killing, dam destruction or relocation.

In response to the letter, ministers said they now planned to table the regulations some time next year. “It is important that we build support for beaver management measures among all stakeholders, especially where beavers are having a serious impact on some of our most productive farmland,” a spokesman said.

Wildlife groups say the delay has allowed some farmers and gamekeepers to systematically cull the animals or destroy their dams to protect farmland, privately owned riverbanks and woodland from damage. They say beavers “breathe new life into our landscape by creating dynamic woodland and wetland habitats, and help to control flooding by slowing down upland streams.”

The controversy highlights a long-running conflict over the unexpectedly fast colonisation of the southern Highlands and Tay river catchment over the last decade by beavers that escaped or were released illegally from private collections in the area.

With some beavers now spotted further south, in the Trossachs and near Stirling, their spread has dramatically overtaken an official beaver release and monitoring scheme in Argyll, begun at great expense in 2009.

A recent study by Scottish Natural Heritage, the government conservation agency, estimated there were roughly 430 in the wild. It identified unregulated culling as a possible cause of a decline in beavers sightings near prime agricultural land along the lower River Earn and River Isla.

Andrew Midgley, of the National Farmers Union Scotland, said its members needed guarantees that a robust management framework would deal with damage to farmland or riverbanks, as well as a properly funded mitigation and compensation scheme. Farmers should be given licences to remove dams where necessary without resorting to lethal control, he said.

He said the union “accepts that beavers are now here to stay and that they will be protected”. Even so, he said, “there are some areas where they are less suitable than others, most notably those areas of high agricultural productivity”.

He added: “Beavers can cause serious problems by damaging floodbanks, which could lead to the loss of crops, and therefore food, on some of Scotland’s most productive land.”

This article was first published by The Guardian on 21 Dec 2018.

Beavers are your citizens too and their lives matter!