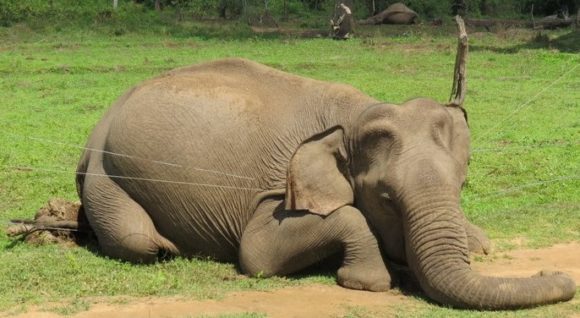 ANURADHAPURA/COLOMBO — Wildlife authorities in Sri Lanka have launched an investigation after seven elephants were found dead late last month in the north-central district of Anuradhapura.

Four of the elephants were found dead near the city of Habarana on Sept. 27, and three more on the following day. All except one were female, and all are believed to have been poisoned.

“There is a chemical poisoning, but we do not know if it was a deliberate attempt. We are still trying to verify this,” saidM.G.C. Sooriyabandara, the director-general of Sri Lanka’sDepartment of Wildlife Conservation(DWC).

The minister of wildlife and tourism,John Amaratunga, has appointed a special committee to investigate the matter, but it has yet to release its findings.

While the exact cause of death has yet to be confirmed, it’s strongly believed that the elephants were poisoned by farmers, likely in retaliation for raiding their crops. If confirmed, the recent discoveries would bring to 10 the toll of elephants killed by poisoning in Sri Lanka.

Although the island is home to fewer than 6,000 Sri Lankan elephants (Elephas maximus maximus), a subspecies of the Asian elephant, the loss of their habitats and the expansion of human settlements have intensified the frequency of human-elephant conflicts.

In 2018 alone, 319 elephants and almost 100 people were killed in such encounters. Sixty-four of those deaths were caused by explosive devices hidden in fodder bait, known ashakka patas. Fifty-three elephants died of gunshot injuries. The last four years have seen at least 21 cases of elephant poisoning deaths, according to Sooriyabandara, for which no perpetrators have been identified.

“There have been many cases of suspected poisoning, but it is almost never proven,” saidPrithiviraj Fernando, head of the Sri LankanCentre for Conservation and Research. “Elephant deaths are continuously going up. In the past year, they exceeded 300 for the first time, and we are on track to exceed 300 again this year,” he told Mongabay. 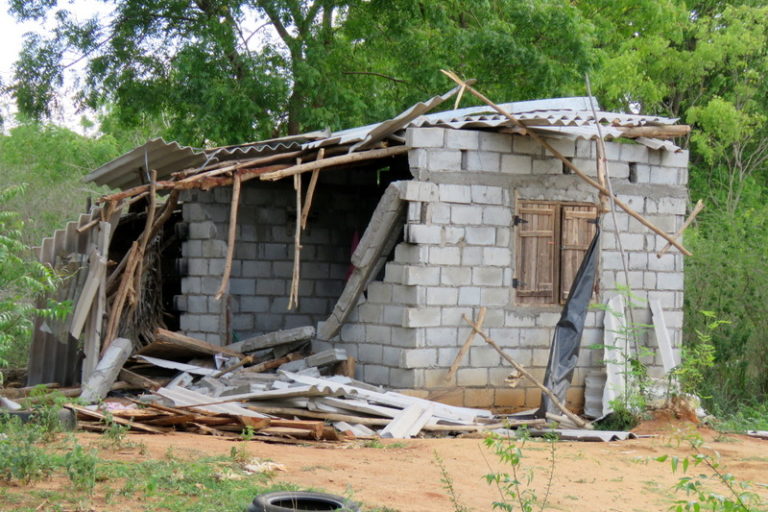 Elephants roam into villages and fields, causing significant destruction and even human deaths. Image courtesy of the Centre for Conservation & Research.

Elephants are Sri Lanka’s most iconic animal and occupy an important place in the local culture. But there is only so much space on the island: Forests are being cleared, trees cut down, rivers rerouted to fill village tanks for agriculture.Elephant habitats are shrinking, and managing elephant-human co-existence has become the core issue.

The government has tried to restrict elephants to protected areas under the Department of Wildlife Conservation, but Fernando maintains this approach has failed. Translocated elephants rarely stay in place, he notes, and the drives to round them up for relocation makes the animals more aggressive, increasing the likelihood of conflict.

“More than 70 percent of elephants are outside of protected areas,” Fernando said. “People and elephants live in the same landscape, and this is where the conflict occurs. People feel like they have to take matters into their own hands and do something about it.”

With people and elephants sharing space across roughly 44 percent of Sri Lanka, a sustainable solution has to be found to stop suffering on both sides, conservationists say. From bio-fences to thorny crops and from nature reserves to elephant thunders, many approaches have been tried. Fernando has found one to be workable: “Putting up fences around human settlements and cultivated areas has proven to be effective. Basically, the only way currently to manage the conflict is community-based electric fencing.”

Even if this solution is scaled up, clashes between elephants and rural communities are still likely to continue as long as human settlements and farms encroach deeper into elephant territory. This will leave the animals little choice but to plunder villages and fields in search of food and water, and villagers to see no other option than to retaliate.

As the mounting death toll indicates, the authorities lack sufficient resources to protect the elephants against such attacks. “The wildlife department has less than a thousand people in the field,” said Jagath Gunawardena, an expert on environmental law. “They are stretched thin in so many different sections that they cannot work effectively.”

Gunawardena said it was this lack of enforcement, rather than a lack of legal deterrent, that was the issue. He noted that Sri Lanka’s Fauna and Flora Protection Ordinance has several provisions dealing exclusively with elephants and affords them the highest degree of protection.

“Anyone who harms, kills or injures an elephant is liable for imprisonment or a fine of up to several hundred thousand rupees,” he said. “I do not think it is necessary to afford elephants additional legal protection. The existing provisions are more than enough.”

In any case, he said, demanding stricter laws might miss the point: Fines or jail terms are of little consequence if no one is convicted.

“All these offenses are criminal offenses and need to be proven beyond a reasonable doubt,” Gunawardena said. “When there is poisoning or ahakka patas, there is no way of tracing it to the person who is responsible, unless we have some very good circumstantial evidence.”

The case of the seven Habarana elephants illustrates the difficulties in investigating this kind of crime, said Ravi Perera, chief operating officer of theSerendipity Wildlife Foundation and a veteran wildlife crime scene investigator.

“If the elephants were indeed poisoned, toxicology results should show what type of substance was found,” he said. “Unfortunately, there is no way of tracing it back to the responsible party. Once the substance is identified, we would rely on intelligence gathering to pinpoint certain areas.”

Perera has investigated poisonings before: “In Kenya, where our foundation operates, there have been several known cases, the majority of them due to human-animal conflict. Easily available insecticides are hidden in animal carcasses or fruit. Poisoning is silent and cheap, and very often a suspect cannot be found. If we are lucky, a whistle-blower or someone known to the suspect would divulge valuable information.”

No one may ever be held liable for the deaths of the seven elephants in Habarana. For the moment, even the cause of their death is speculation, even as experts indicate it’s more than just an ordinary case of poisoning.

Fernando said he was puzzled that the perpetrator would target female elephants, as it is mostly adult males that are known to raid farms. “Even if they wanted to target females, female elephants are always with their young ones. It is a great mystery how only the adults can be poisoned without poisoning the young ones as well.”

Perera raised the same point: “If these deaths were due to poisoning, it is baffling why the mother died while the baby survived.”

With the latest deaths adding to the toll in the escalating human-elephant conflict, conservationists and policymakers continue to work with various solutions to the problem. For now, that means that community-based electric fencing, increased manpower for the wildlife department, and the conservation of existing elephant habitat are the steps seen as best protecting Sri Lanka’s elephants and allowing for a peaceful co-existence with humans.

This article by Dennis Mombauer was first published on Mongabay.com on 10 October 2019.