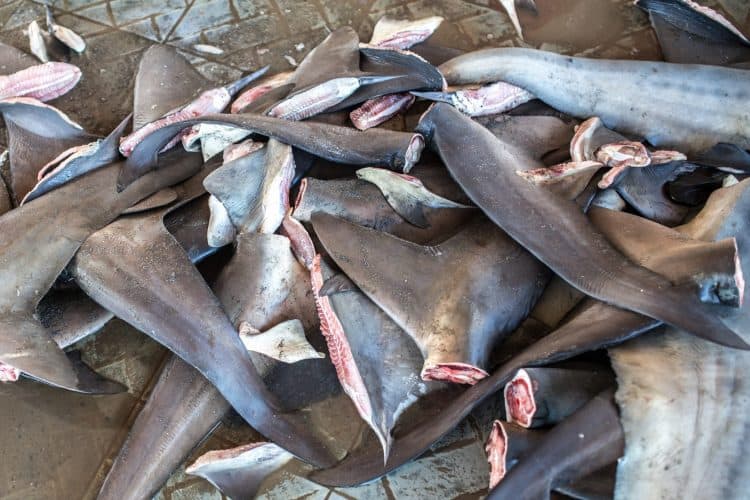 A previous version of this bill passed the House of Representatives in November of 2019 with a 310-107 majority. Unfortunately, the companion bill, introduced by Senators Cory Booker (D-NJ) and Shelly Moore Capita (R-WV), did not pass the Senate in time.

Although the act of shark finning is banned in U.S. waters, the trade of shark fins is still allowed in the U.S. The Shark Fin Sales Elimination Act would end the United States’ role in fueling this cruel industry by banning the sale, possession, or purchase of shark fins as well as products that contain shark fins.

hark fins can sell for up to $500 per pound and are mainly used for the traditional Chinese dish, shark fin soup. Finning a shark involves, mercilessly slicing off a sharks’ fins and then dropping the shark back into the ocean, sometimes still alive.

These sharks slowly sink to the bottom of the sea where they will eventually die. The whole process is incredibly traumatizing, painful, and inhumane.

Now, around one-quarter of sharks and related species are threatened with extinction.

Animal activist groups have celebrated the reintroduction of this vital piece of legislation.

In an emailed statement, Sara Amundson, president of the Humane Society Legislative Fund, commented, “Today, we applaud Representatives Sablan and McCaul for reintroducing their bill with an additional 103 bipartisan cosponsors.

Expeditious passage of this legislation is critical to our oceans, because sharks are more valuable alive than in a bowl of soup.”

This article was first published by OneGreenPlanet on 23 April 2021. Lead Image Source: CatwalkPhotos/Shutterstock.