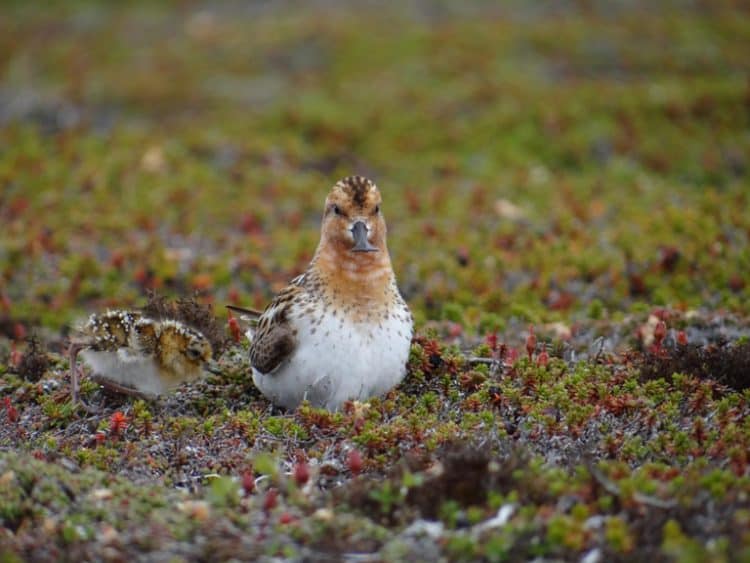 A new analysis of over 70 years’ worth of shorebird population data suggests that climate change has altered the migratory birds’ Arctic safe haven to such a degree that it is now helping drive rapid declines in their numbers.

After studying data from 38,191 nests found across all seven continents and belonging to 237 populations of 111 different species, an international team led by researchers with the Milner Centre for Evolution at the UK’s University of Bath determined that shorebirds worldwide have experienced a drastic increase in nest predation over the past seven decades.

Historically, the highest rates of nest predation have occurred in the tropics, the researchers note in a study detailing their findings published in Science last month. That’s why many shorebirds, like plovers and sandpipers, migrate to the Arctic, where nest predation has traditionally been much lower, to lay their eggs and raise their young.

But the data suggests that this pattern no longer holds in much of the Northern Hemisphere, the researchers found, as nest predation rates have doubled in the North Temperate Zone, which includes Europe and most of Asia and North America.

In the Arctic, which migratory shorebirds are used to using as something of a refuge, rates of daily nest predation have tripled.

The study’s lead author, Vojtěch Kubelka, a PhD student at the University of Bath when the study was carried out, summed up the team’s findings in rather stark terms: “The Arctic, with recently elevated rates of nest predation, is no longer a safe harbour for breeding birds: on the contrary, the Arctic now represents an extensive ecological trap for migrating shorebirds from a nest predation perspective.”

Climate change could be driving increased nest predation in several ways, according to the study. For instance, lemmings are a key element in the Arctic food web, but their numbers have also undergone a severe crash due to changes in the region’s snow cover resulting from higher ambient temperature instability over the past several decades, and the lack of lemmings could have led some predators to seek out shorebird nests more often in order to find a meal. Other potential climate-induced drivers include changes in vegetation structure or in the behavior and distribution of nest predators like foxes, which could have made those predators more successful egg hunters.

“What is particularly striking about these results is that it is clear that nest losses to predators have risen really quickly in the Arctic over the past 20 years,” Professor Robert Freckleton, a study co-author and the head of the Department for Animal and Plant Sciences at the University of Sheffield, said in a statement.

“The precise mechanisms are probably quite complex, but overall it looks like changes in climate are playing a leading role in driving such changes both in the Arctic and at a global scale as well. This is particularly threatening for this group of birds as large numbers of species are declining anyway — and many have formerly relied on the Arctic to provide relative safe breeding grounds.”

Co-author Tamás Székely, a professor at the University of Bath, said that the study’s findings were “alarming.” He called planet Earth “a fragile planet with complex ecosystems” and said that “changes in predator-prey interactions can lead to cascading effects through the food web with detrimental consequences for many organisms thousands of kilometres away.”

The migration of shorebirds from the Arctic to the tropics is one of the largest movements of biomass in the world, Székely added, “But with increased nest predation, the babies are no longer making this journey with their parents. This could be the last nail in the coffin for critically endangered species such as the Spoonbill Sandpiper.”

This article was first published by Mongabay.com on 17 Dec 2019.