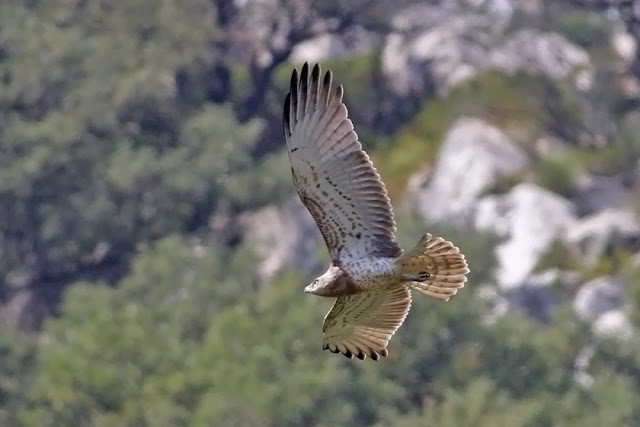 Short-toed Eagles are medium sized eagles that specialise in hunting reptiles. As their name suggests they have evolved with shorter toes that enable the bird to flex and squeeze their talons into a tight grip that prevents in particular snakes and lizards from wriggling free.

As slippery as a snake is quite a true expression and highlights how this bird has overcome this particular problem.

The Short-toed Eagle (Circaetus gallicus) although a fair size, can hover when hunting and from a distance you can pick out their form or structure in the sky and identify them from other large birds. 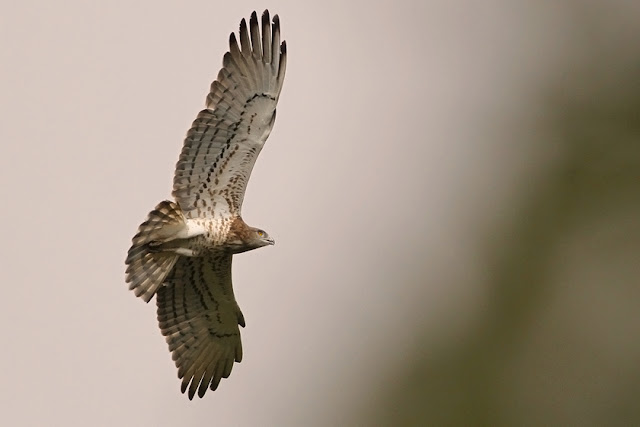 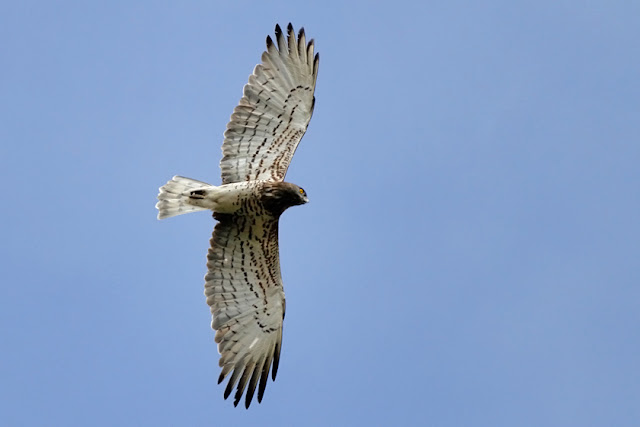 Their pale underside often showing barring and their darker face or ‘hood’ and dark wing tips are diagnostic features. Many younger birds are often lighter with less under markings. 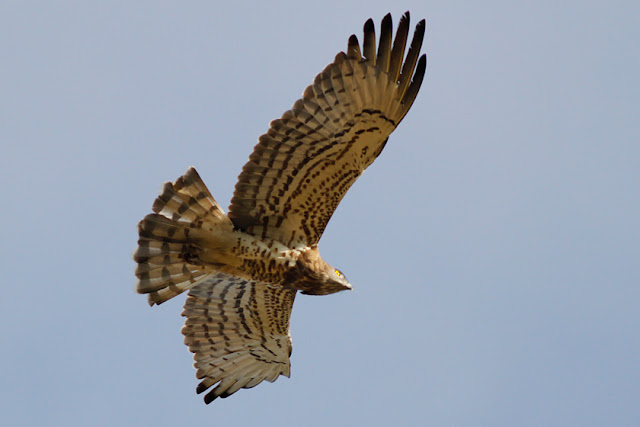 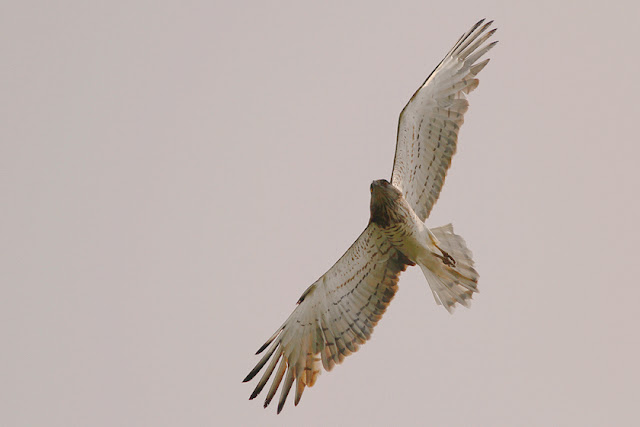 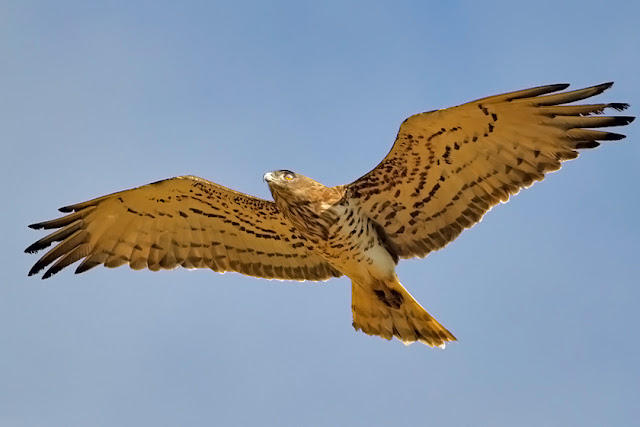 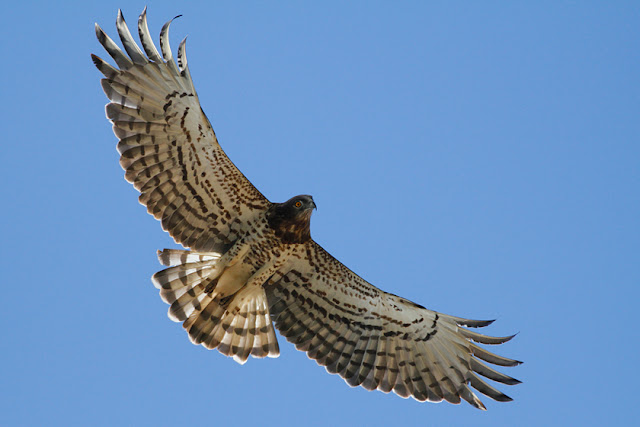 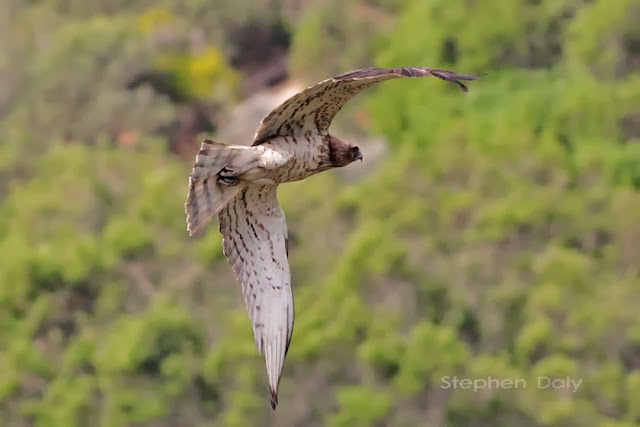 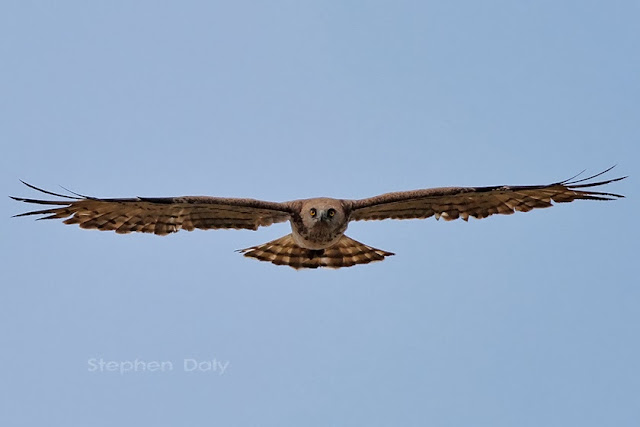 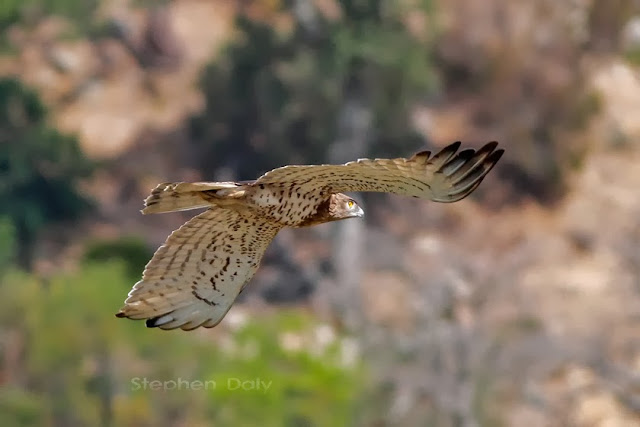 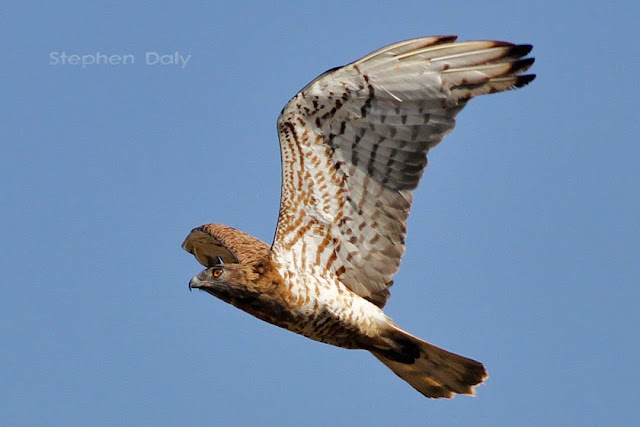 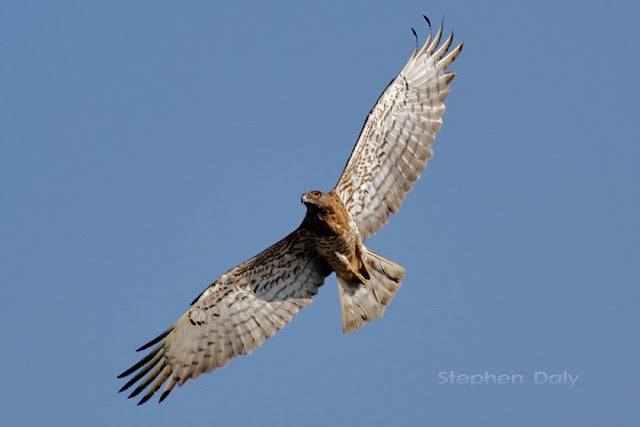 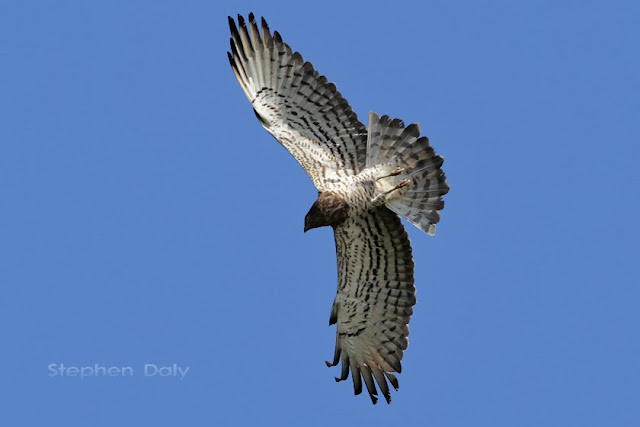 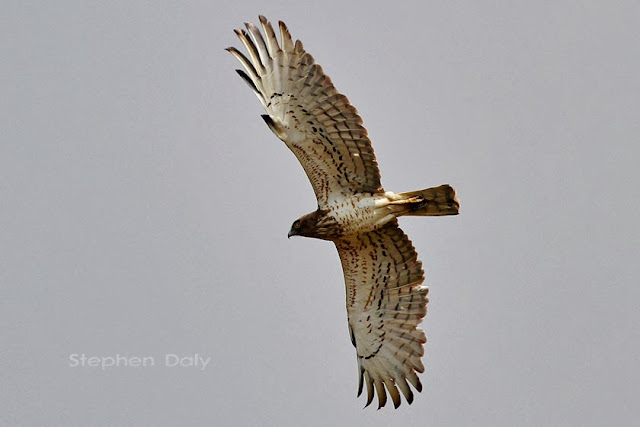 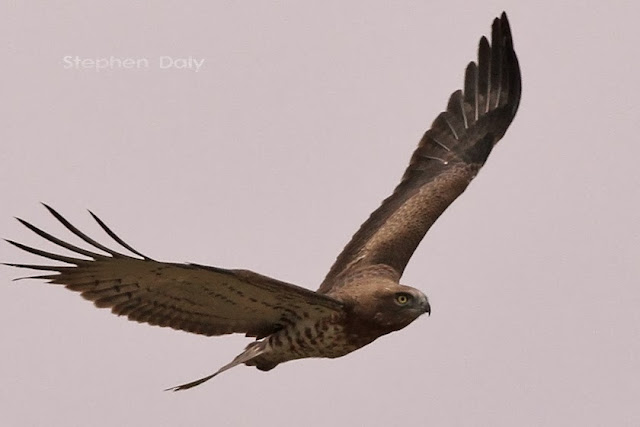 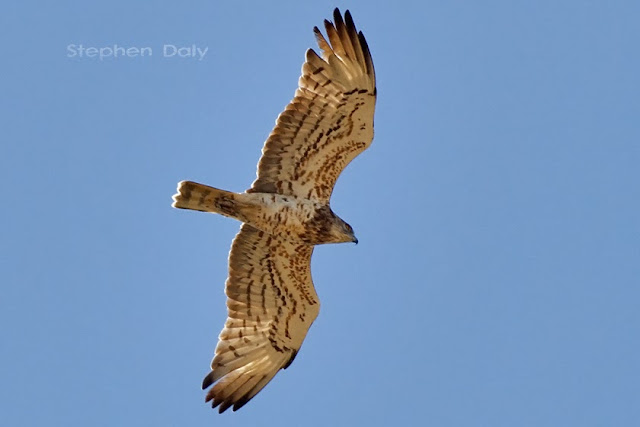 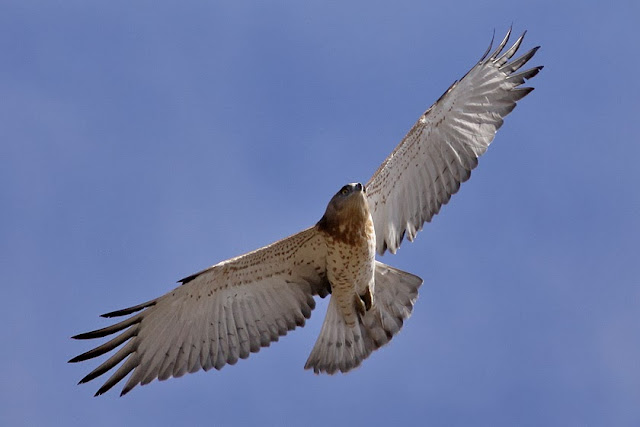 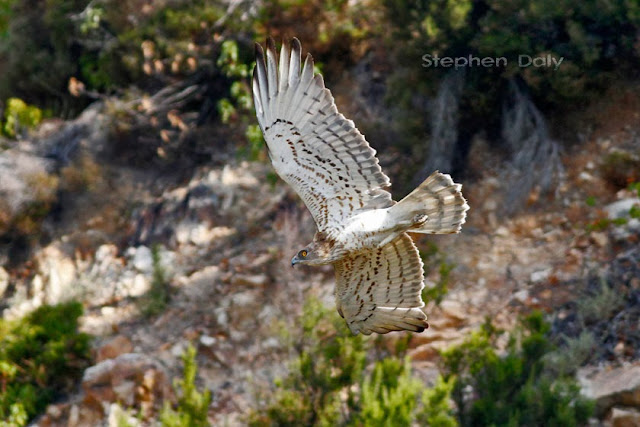 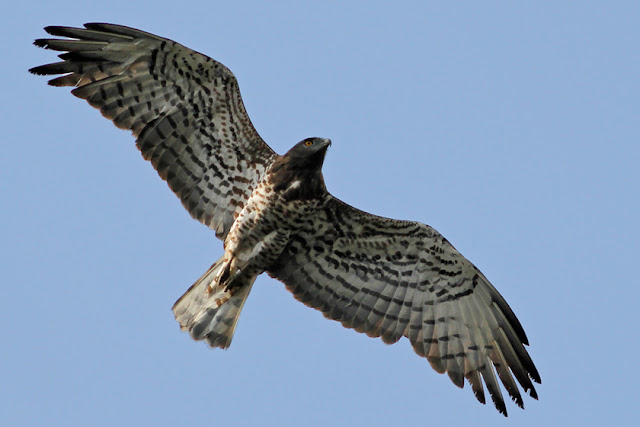 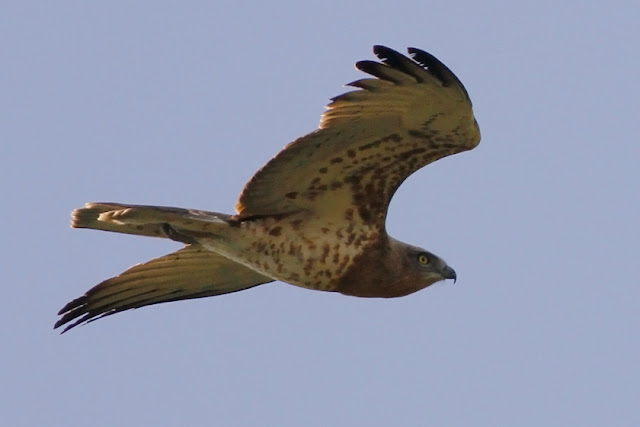 What country or they in