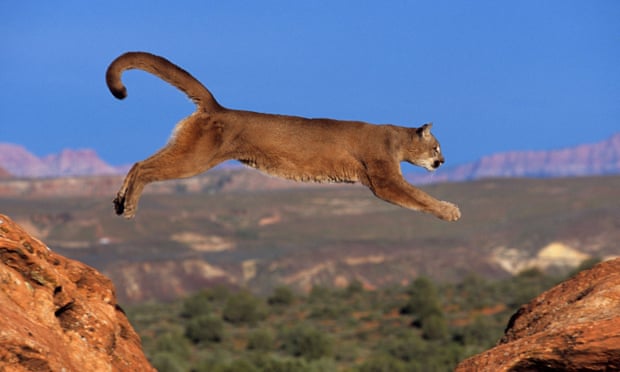 Southern California’s mountain lions have faced serious threats for some time, but a new study highlights the urgent need to act before we lose these incredible big cats forever.

According to wildlife scientists, who just published their findings in the journal “Ecological Applications,” two populations of mountain lions in the Santa Monica and Santa Anita Mountains could go extinct — possibly within the next 50 years.

While they face a number of threats, ranging from disease to human conflict, the two biggest obstacles to their survival are urban development and a lack of genetic diversity. Their small numbers now also put them at serious risk of disappearing in the event of a natural disaster,like a wildfire.

The area’s network of multi-lane freeways have become an immense and deadly barrier for mountain lions, and they’ve isolated the few who are managing to survive in the area. Sadly, more than a dozen individuals monitored National Park Service scientists have been killed in collisions with vehicles when they spread out in an attempt to find new homes and mates.

Without the ability to expand and establish new territories,mountain lions face not only the threat of deadly encounters with territorial older members of their species, but also problems that come with a lack of genetic diversity.

Inbreeding is already a major problem for the species. According to the study, the lack of genetic diversity could push the Santa Monica mountain lions to the brink in as few as 15 years, while the Santa Ana mountain lions could be gone in as soon as 11 years.

While the researchers’ conclusion doesn’t bode well for Southern California’s mountain lions, these findings still give us a chance toact before it’s too late.

Lead author John Benson of the University of Nebraska explained:

It’s easy to read our paper as yet another pessimistic story about wildlife threatened by human actions — and in a sense that is true.However, there is also a more optimistic message in that our model predicted that these populations can persist with relatively modest increases in landscape connectivity.

If we can maintain healthy populations of mountain lions — a species that roams widely and requires such large spaces — here in greater Los Angeles, that bodes well for our ability to conserve large carnivores anywhere.

Hopefully more conservation efforts will focus on saving these big cats, who play a critical role in maintaining a healthy ecosystem as top predators. Scientists now hope to see habitat protected and connectivity improved to increase their chances of survival.

Our research has shown that the mountain lions in the coastal Santa Ana Mountain Range are primarily put at risk by restriction of their movement across Interstate 15, and their high mortality rates from vehicle collisions and being killed after they have killed unprotected pets or livestock.

Efforts are underway with highway engineers to improve wildlife crossing structures or build new ones on both the I-15 and 101 freeways to enhance movement into and out of both mountain ranges.

Plans to build a wildlife crossing over the 101 Freeway in Agoura Hills has been underway for some time, but it has yet to become a reality.The project would connect habitat in the Santa Monica Mountains with the Simi Hills and Santa Susana Mountains in an effort to give mountain lions a safe corridor to expand their ranges and populations.

Ideally,this study will raise awareness about the plight of California’s mountain lions and inspire more research and funding to help them survive.

For more information about how to help, check out Save LA Cougars.