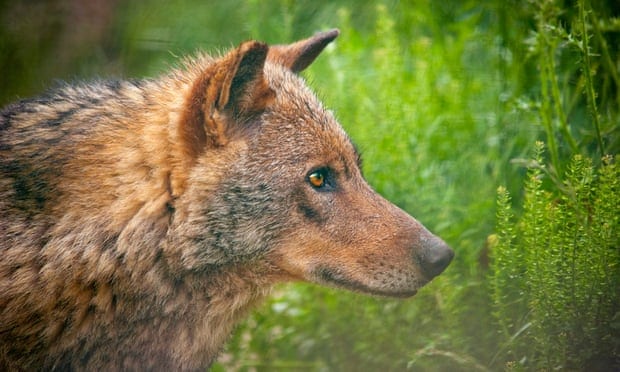 “There have always been wolves. We humans have hunted and killed all the animals around us because we want everything for ourselves,” says Laura Serrano Isla, who tends her flock of 650 sheep near Burgos in north-west Spain.

“We think we rule the world but if we kill all the rest of the animals, the wolf will come for our livestock.”

Serrano’s sympathy for the plight of wolves has not won her many friends among fellow farmers, who claim a new ban on hunting the predators in the north-west of the country, home to 90% of Spain’s wolf packs, threatens not only their livestock but their way of life.

Wolf hunting is already banned in the rest of Spain, where the creatures are practically nonexistent, but the impending extension of the ban has triggered a war of words between conservationists and farmers.

After a decision taken last month by the environment ministry, protections for the Iberian wolf in the south of Spain will be extended north of the Douro river, where controlled hunting had still been allowed.

“The environment ministry has declared total war against livestock farmers,” says Aurelio Pérez of the farmers association Coag in Castilla y León. “It will lead to the end of livestock farming here. As it is, in much of Castilla y León there are fewer inhabitants than in Amazonia, fewer than eight people per square kilometre.”

The move to extend the ban was backed by Ascel, the association for the conservation of the Iberian wolf (Canis lupus signatus) and has the support of more than 400 scientists and the WWF, among others. Of Spain’s 17 regional governments, only Galicia, Castilla y León, Asturias and Cantabria, raised any objections during the consultation period that ended on 26 February.

Coag claims wolves kill about 15,000 livestock a year at a cost of €5.5m. In some areas, farmers can claim compensation and according to Ascel €809,000 was paid out last year in Castilla y León.

Luis Suárez, coordinator of conservation for the WWF in Spain, dismisses claims that the ban makes the coexistence between farmers and wolves impossible.

“In many areas such as Zamora and Galicia a coexistence between wolves and farming has been achieved,” Suárez says. “No one really knows how much damage wolves do. In some places they don’t report attacks, in others they are exaggerated or even dishonest. Also, you have to put the losses in the context of the total population of 30 million cows, sheep and goats.”

Fernando Rodríguez Tábara, a 22-year-old farmer who keeps 21 mastiff dogs to protect the 120 cows on his farm in Zamora, supports the hunting ban.

“The wolf is good for us,” he says. “The wolf cleans up nature. They eat dead animals that would otherwise increase the risk of infection for livestock. The wolf is the intermediary between wild and domestic animals.”

Keeping so many dogs is an expensive business, and food, vets’ bills and insurance cost between €6,000 and €7,000 a year but Rodríguez says he’d rather be ruined feeding dogs than feeding his cows to the wolves.

Serrano agrees. “A farmer who takes care of his flock doesn’t have to fear the wolf,” she says. “Some want to hunt them because they don’t want to spend the money, others because they haven’t changed their ways in 40 years.

“For there to be a coexistence we have to protect our livestock. If you have a bar, you close it up at night, right? Otherwise, you’ll get robbed. It’s the same with livestock.”

Serrano says the government has to stump up the money to help farmers pay for fences and livestock-guarding dogs if it wants the wolf to survive and to prevent further depopulation of rural areas.

“What farmers want isn’t payment, they want protection,” agrees Suárez. “We need a good programme at central government level to provide this.”

However, this isn’t enough for some. “What we want is for the minister to resign,” says Pérez.

Spain has Europe’s largest wolf population. In the mid-19th century there were about 9,000 wolves distributed throughout Spain. A policy of eradication meant that by the 1970s only a few hundred remained, nearly all in the north-west. When poisoning was outlawed in the 1970s the species began to recover. In the most recent census (2012) there were between 2,000-2,500 in 290 packs, 90% in the north-west, principally in Castilla y León.

This article was first published by The Guardian on 6 March 2021. Lead Image: Spain’s wolves, found only on the Iberian peninsula, are to be protected, upsetting many livestock farmers. Photograph: Daniel Hernanz Ramos/Getty Images.