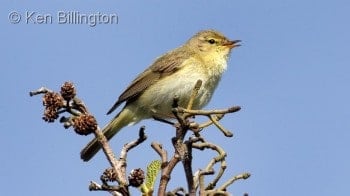 Spring has been a stuttering, stammering thing this year – a bit like my attempts to start posting here. But now I think spring has actually properly arrived and I’ll be keeping you posted on its progress through this blog.

I live in Northamptonshire in the UK. We’re about 50 miles north of London – between Oxford and Cambridge, but less famous. Northamptonshire is a county of some ugly towns and some pretty villages. My part of this county is in the valley of the River Nene (which is pronounced ‘Nenn’ around these parts but ‘Neen’ by those strange folks who live nearer to the sea about 15 miles away.

We’re about as far from the sea as you can get in England and the surrounding area is mixed farming with some livestock but now predominantly arable land growing wheat, barley and oilseed rape.

My local birdwatching and nature-watching patch is a place called Stanwick Lakes which is a set of old gravel workings that are now kept as a country park. It’s a mixture of lakes, some small reedbeds, small woods and open fields. It’s nothing special – except it’s special to me as it’s the easiest place for me to catch up with nature and to tap into the comings and goings of birds, the flowerings of plants and the flight periods of insects.

Every spring is different – and every spring has its own oddities. This one has, so far, felt as though the Gods have been involved in an argument over the thermostat – there have been short hot spells followed by cold snaps. And, this being England, you sometimes get all of that and rain and sleet and rainbows in the same day or hour.

I’ve been on the look-out for migrant birds since mid-March – waiting for the hirundines and warblers to come back to me. They are following their predictable pattern – more or less. Chiffchaffs were back first on 24 March, followed a week later by blackcap, willow warbler and sand martin; then came swallow on 6 April, sedge warbler on 11 April and a common tern today (14 April).

A few butterflies, brimstones, peacocks, orange tips and commas occasionally show themselves but it was too cold for them today. And I see ‘flying noses’ too – do you?

I’m looking forward to the first cuckoo, finding orange tip eggs on the milkmaids (watch this space), the rush of warblers and the arrival of swifts. Maybe I’ll see something exciting but the thrill of this time of year is that every day promises something new – a new species emerging or arriving or blooming – a time of promise and renewal.

Mark Avery is an independent environmental expert and writer. He spent 25 years working for the RSPB in the UK – the last 12 years of that time as the Conservation Director. Mark writes a daily blog about wildlife issues in the UK and has written several books including one which will be published in August.