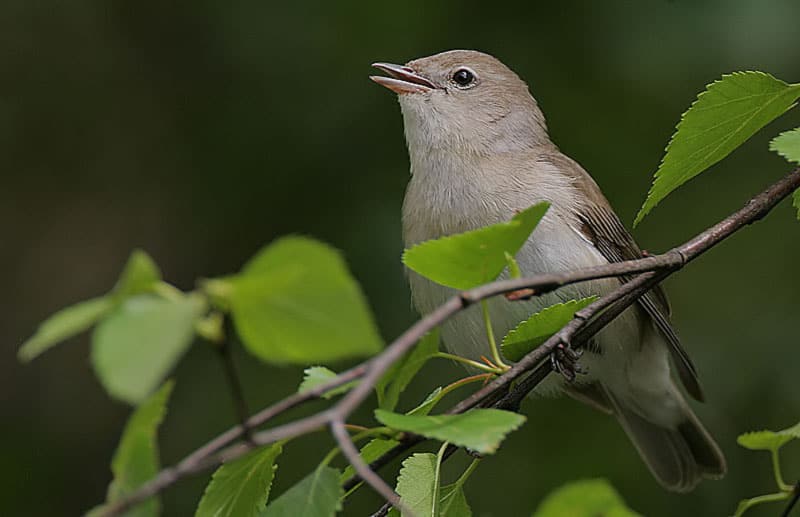 Spring has moved on. Another week and another few spring arrivals. This week, at Stanwick Lakes, I’ve recorded returning garden warblers, reed warblers, house martins, whitethroat and little ringed plover. I’m still missing cuckoo and yellow wagtail which I would have expected to have seen by now.

A year ago I was coming to the end of 25 years working for the RSPB and was looking forward to spending six weeks travelling across the USA from Atlantic to Pacific, birding, relaxing, recalibrating the mind and enjoying the open roads, friendly people, National Parks and scenery.

Throughout that trip warblers were my companions – but not the same warblers whose arrivals are now marking the passage of spring in my normal habitat. American warblers are different! Different genetically and different in character. In many ways the American and European warblers are similar – they are both groups that make us realise that the Earth is spinning into longer days and warmer times. They both flit around in scrub and woods picking off the insects as they go. And they are both suffering hard times for a mixture of reasons that are to do with their breeding grounds and wintering areas. And both groups are lovely!

But their lovelinesses are different. Europe’s warblers are mostly grey, green or brown and are generally a bit dull to look at but practically all have very complex songs and some are amongst the most striking and strikingly beautiful of songsters. American warblers have an amazing variety of bright plumages but, to my untutored ears, merely hiss, twitter and churr. I guess it’s fair enough – if American warblers had European songs then they would be almost too much to cope with, and if European warblers were handicapped with American songs then they would have drawn two short straws.

Imagine a blackburnian warbler with a blackcap song or a parula warbler sounding like a willow warbler!

No, we have to face it, Europe’s warblers are boring – one of them was almost named because of it, the garden warbler is Sylvia borin (although the borin actually comes from Boreas the North Wind apparently). My first garden warbler this year was on Monday when I cleverly nipped out for a walk in the sunshine on a week of much rain. Garden warblers sound very much like blackcaps – at least the overlap between their songs is quite large – and the blackcaps have been around for a few weeks.

You can tell the difference between a singing garden warbler and a singing blackcap in many ways but a useful mnemonic is that Blackcaps begin with B and have a Brief song whereas Garden warblers start with G and Go on a bit. Blackcaps are also more musical and gardens are scratchier (more American!). I was pretty sure that I was listening to a garden warbler on Monday morning because of its long scratchiness but I waited for 10 minutes to catch a glance of the bird just to make sure. The garden warbler is brown – that’s almost the most you can say about it except that it has large dark eyes that if they were in the face of a beautiful woman would hold your gaze. So perhaps we Europeans should talk up the subtle, understated beauty of our warblers compared with the obvious nature of their American counterparts?

At Stanwick Lakes there are eight regular and migratory warblers and seven of them are now back. I’m waiting to hear the rattle of the lesser whitethroat some time before the end of April if I am lucky.

My first American warbler just under a year ago was a parula warbler which I heard while coming out of the Metro Station at the Navy Memorial in Washington DC on 4 May. Here are a few more blogs from that trip which include close encounters with American warblers (Confusing spring warblers, Total birding, The day after, The living and the dead).

My friend Mike McCarthy wrote a great book about spring migrants – Say Goodbye to the Cuckoo – and there is an American edition which picks up on American and European warblers.

Mark Avery is an independent environmental expert and writer. He spent 25 years working for the RSPB in the UK – the last 12 years of that time as the Conservation Director. Mark writes a daily blog about wildlife issues in the UK and has written several books including one which will be published in August. On his website you can currently vote for your favourite and least favourite UK wildlife conservation charity.