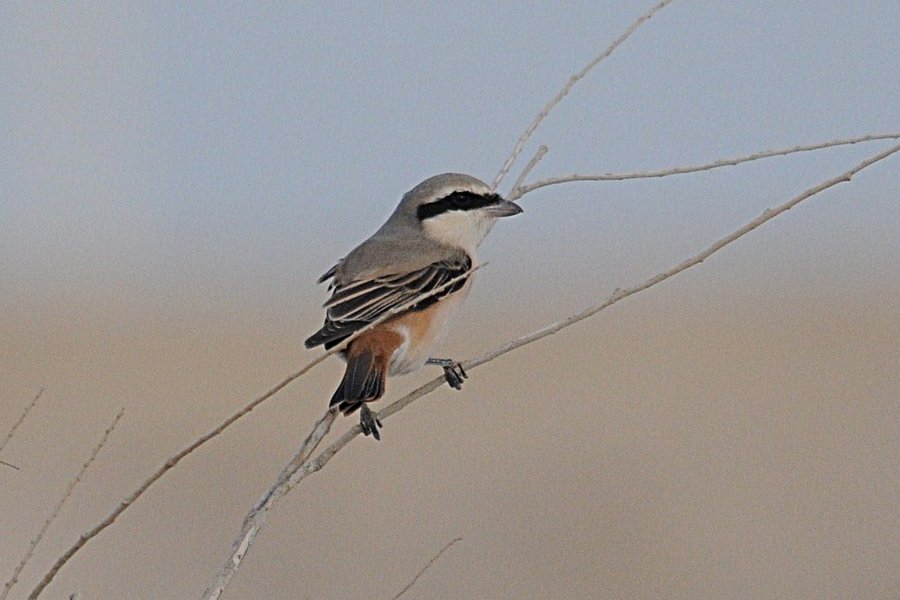 Birdwatchers are becoming more and more interested in trying to identify sub-species of birds that they see. This may be because they feel they can identify most species they see and are trying to extend their knowledge, or for a small percentage they are doing it in case the sub-species in question is ‘split’ into a full species and they can subsequently add the new species to their lists. The classic definition of a biological species as described by Ernst Mayr in 1942 is basically: A population of actually or potentially interbreeding organisms, which are reproductively isolated from other such populations; the members of a species should be able to interbreed and produce fertile offspring. Within this biological species we can often distinguish variation and if this variation shows consistent patterns (beyond those associated with age, sex and season) it may be recognized as a subspecies, which are designated formally by a trinomial, a third part of the scientific name. What is a subspecies? Dean Amadon in 1947 attempted to formalize “the 75% rule” as the standard for defining a subspecies. That is, to be recognized as a subspecies, at least 75% of a population should be distinguishable from >99% of any other population, on the basis of a defining character or set of characters. Most new bird subspecies in recent years have not used the 75% rule but instead have used the concept of detecting statistically significant mean differences between populations, not on determining the extent of overlap in characters. The AOU states that “subspecies should represent geographically discrete breeding populations that are diagnosable from other populations on the basis of plumage and/or measurements, but are not yet reproductively isolated. Varying levels of diagnosability have been proposed for subspecies, typically ranging from at least 75% to 95%”.

Looking for sub-species is an excellent way, in my opinion, of extending your knowledge of birds and their plumages and features. It does, however, have to be treated with some caution, a thing some birdwatchers are not very good at. This is because many sub-species are clinal in nature (i.e paler in west of range and darker in east etc.) and unless a particularly well marked or typical bird is seen many birds have to remain unidentified to sub-species level.

One particularly thorny question regards the Turkestan Shrike Lanius phoenicuroides as was shown when I was birding my local ‘patch’ of Dhahran, Eastern Province of Saudi Arabia on 15th April. Here I saw an unusual Turkestan Shrike that had a typical Turkestan Shrike look but had a ‘grey’ mantle and crown colour, rather than the browner colour of classic Turkestan Shrikes. This bird fitted well with what I expected for a ‘karelini’ type bird but lacked the white at the base of the primaries I was expecting and had a darker tail that I thought was atypical. I was also concerned by the rufous wash to the flanks and although it appeared to be clean white below was not entirely so. This prompted me to look into ‘karelini’ in more detail and I found out some very interesting facts. The bird I photographed appears to be a hybrid type Turkestan Shrike and Red-backed Shrike Lanius collurio (or other species), as it does not fit a classic ‘karelini’ as its tail is too dark, the crown & mantle colour are not pale grey enough and the under-parts are not clean white enough. Classic ‘karelini’ birds normally have a quite uniformly pale grey crown and pure grey upper-parts resembling a ‘grey shrike’ with the mantle of such individuals being like neither Red-backed Shrike nor typical Turkestan Shrike, nor is it intermediate between them. ‘Karelini’ is a shrike with a ‘grey shrike’ hue (in quite fresh plumage) which in combination with clean white under-parts, with perhaps a pink/peach suffusion confined to upper and rear flanks, results is an appearance which is very distinctive, as much so as in any of the other forms.

Here is where things got more interesting for me. I then found out that the idea of these birds being hybrids comes from Evegeniy Panov (The True Shrikes of the World, published by Pensoft 2010) who regards karelini as a relatively stable hybrid form and includes two series of specimens to back up his argument. The first series has the first bird as a classic male Red-backed Shrike and the last a classic male Turkestan Shrike with the other eight various hybrid forms including karelini, showing karelini fits into this series of hybrid forms in his opinion. The second series contains 20 specimens which he claims illustrate a gradual transition between specimen 1, a classic male Turkestan Shrike and specimen 20, which he claims is ‘indistinguishable from the type specimen of karelini’. Although there is an increasing greyness to the upper-parts, the key feature appears to be a ‘decreasing rufous tinge to the head’. He also mentions that karelini occurs most frequently (though by no means exclusively) where the ranges of Turkestan Shrike and Red-backed Shrike approach or overlap. My bird would certainly fit into Panov’s series of ‘karelini’ types and no doubt some birds ascribed to ‘karelini’ are of hybrid origin – but perhaps phoenicuroides x collurio is not always the parentage as they look very different to what one would expect from a hybrid Turkestan Shrike and Red-backed Shrike, both of which have brown or dark red- brown mantles. How could a hybrid between these two species produce a bird with a pale grey mantle from two species with brown mantles? And the pale grey mantled classic ‘karelini’ type birds origins remain unresolved with some people thinking these birds are a colour morph rather than a hybrid. ‘Karelini’ type shrikes of various shades of grey appear to turn up in the Eastern Province of Saudi Arabia slightly later than the classic Turkestan Shrike and slightly before Red-backed Shrike.

This is an example of the harder you look at something the more complicate it often becomes, but these type of birds are great learning experiences for those who are willing to learn. Whether ‘karelini’ is a morph of Turkestan Shrike or a relatively stable hybrid form is certainly a controversial question currently and one I certainly do not know the answer to.