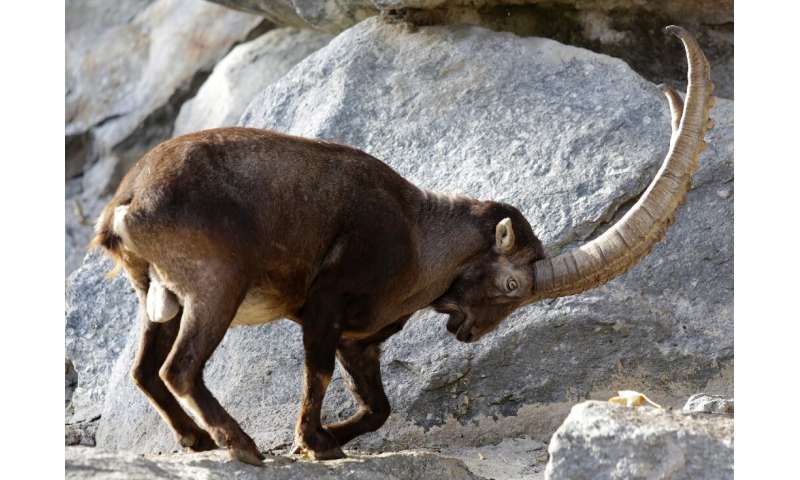 A Swiss region that has faced heavy criticism for allowing wealthy foreigners to pay large sums to shoot protected Alpine ibexes, a species of wild goat, for trophies decided Friday to end the practice.

The southern Swiss canton of Wallis, the only one to allow the trophy hunting, said in a statement that as of next year, foreigners would no longer be granted permits to hunt ibexes.

The canton stressed that its Alpine ibex population was growing healthily and said there was still a need for responsible regulation through hunting.

But it said that from 2021, “ibex regulation will only be carried out by hunters residing in the canton of Wallis or those who hold a Wallis hunting license.”

But a documentary aired by public broadcaster RTS last year brought the trophy hunt to the attention of the broader public, sparking a heated debate across Switzerland about the practice and its potential impact on the viability of the species.

Outraged citizens launched a petition demanding the “disgraceful” hunt be halted, gathering some 75,000 signatures in a matter of months.

The entire Swiss ibex population was wiped out at the end of the 19th century, but since they were reintroduced from neighboring Italy, the population in the country has grown to around 17,000.

The canton allows several hundred animals to be culled each year, with the maximum quota this year standing at 544 animals.

Animals across all age groups and of both sexes can be listed for culling, but males over the age of 11 are typically offered to trophy hunters, at a price.

The cost depends on the length of the horns, with the longest specimens, measuring around 1.10 meters, reportedly raking in up to $20,000 for a pair.

The canton has pocketed hundreds of thousands of dollars in income from this hunt annually.

For 2020, authorities have granted hunting permits for up to 45 large males over the age of 11, including 25 to foreign hunters.

While the canton will lose income once the foreign trophy hunters are gone, it pointed out Friday that the shift would lead to a reduction in workload for game rangers, who had been tasked with supervising and accompanying foreigners holding one-day hunting permits.

This, it said, would allow the region to save on personnel resources, meaning there would be no need to hike hunting license prices for Wallis residents, which had been one of the main sticking points in the debate.

This article was first published by Phys.org on 28 August 2020. Lead Image: There are over 6,000 Alpine ibexes in the Swiss canton of Wallis.