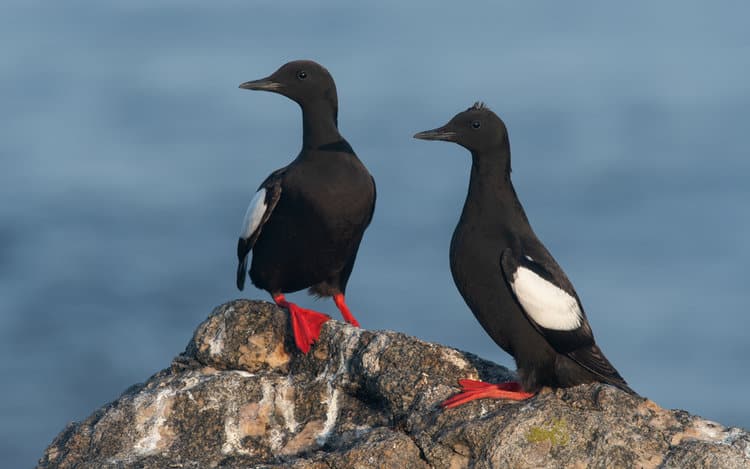 At Audubon we spend a lot of time talking about Atlantic Puffins, and for good reason. Our staff have spent nearly 50 years helping these colorful seabirds return to their historic breeding grounds off the coast of Maine, and studying what puffins tell us about conditions in our oceans. But puffins aren’t the only seabirds […] 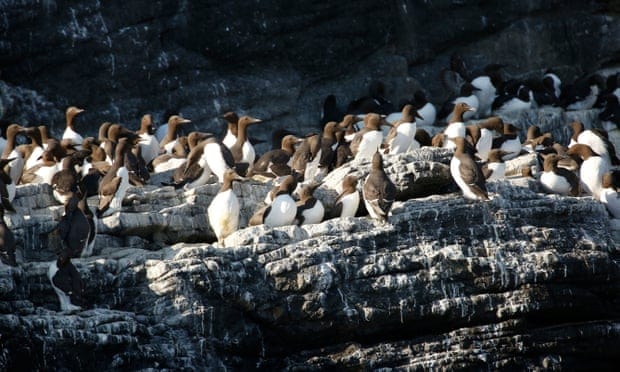 Several hundred seabirds have been found dead along the coasts of north-east England and Scotland, while many have been discovered emaciated. The UK Centre for Ecology and Hydrology (CEH), which is investigating the cause of the deaths, said the majority of the birds were guillemots. Bird carcasses have been found along the Scottish coastline and […]

It is not just humans who have changed their habits as a result of the pandemic. On the Farne Islands in north-east England, seabirds have used Covid as an opportunity to try out new nesting spots while rangers and tourists stayed away. While the absence of people has been a boon for some species, it […]

Today, bowhead whales still transit the fringes of Arctic waters. Polar bears hunt blubbery ringed seals from rafts of ice. And ivory gulls ride gale force winds, plucking juvenile polar cod from the roiling sea. But for how much longer? Despite more than a century of scientific observation, the Central Arctic Ocean remains one of […]

Today was another one of those fantastic winter days we are lucky enough to have in Oslo. Temperatures down to -9C, blue skies, no wind and with a lack of moisture in the air it never felt bitterly cold. My attempts at birding were moderately successful. Maridalen didn’t provide too much of interest with no […]