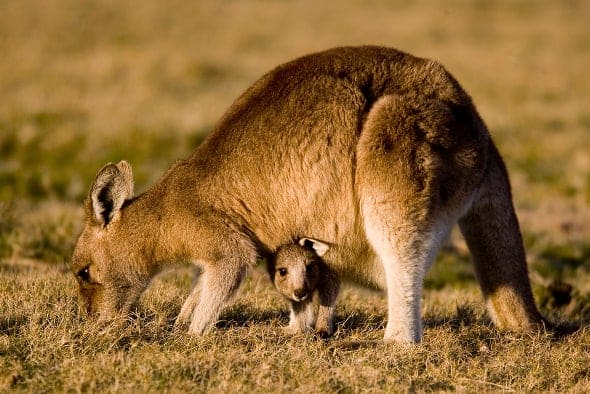 A Tasmanian golf club is set to begin culling wallabies and rabbits due to “excessive droppings” and “destruction” of the course’s greens, a move that has angered animal welfare advocates.

The Greens Beach Golf Club in the state’s north has been granted a “crop protection permit” from the Department of Primary Industries, Parks, Water and Environment (DPIPWE).

Wallabies and brushtail possums are allowed to be shot as part of the permit, which is valid for five years.

“These are unnecessary deaths.

They are taking the easiest and least effective method of managing these populations through shooting,” she said.

“It is a short-term gain.

They have done this before and now they are doing it again.

There are alternative methods.”

She said the culling of rabbits was a separate issue, as the permit was only needed for native animals.

Carcasses to be sold as pet food

In a statement, a spokesperson for the golf club said they had always been an “avid supporter” of native flora and fauna.

“We have a variety of wildlife enjoying the environs of the golf course and intend for that to continue,” the spokesperson said.

“The problem we have is the dry weather does cause an abundance of animals, namely wallaby and rabbit that feed on the greens which leads to not only excessive droppings but, more importantly, destruction through their scratchings and burrowing.”

They said it was important to have well-maintained greens.

“Like all sporting clubs we strive to provide the best facility that we can. Along with other golf and sporting clubs, and the farming industry, the occasional removal of excessive wildlife is warranted.”

The spokesperson said the club had engaged with a registered game management team “that work within very strict and regulated guidelines”.

The carcasses of the animals will be removed and processed as pet food.

The club’s Facebook page has been flooded with negative reviews from concerned community members.

In 2019, the Launceston Golf Club angered animal welfare advocates and some local residents when they received approval to cull native species.

The club decided not to go ahead with the planned cull following the community outrage.

A DPIPWE spokesperson said permits were granted for culling when “alternative” and “non-lethal strategies” were not effective or practical.

“Assessment of applications take into account the damage being caused, the abundance of the species of wildlife at a state, local and regional level for which a permit is being sought, and the protection status of that species,” the spokesperson said.

“Landholders and their agents operating under the permits are responsible for ensuring the permit’s conditions are met along with the requirements of all other relevant legislation.”