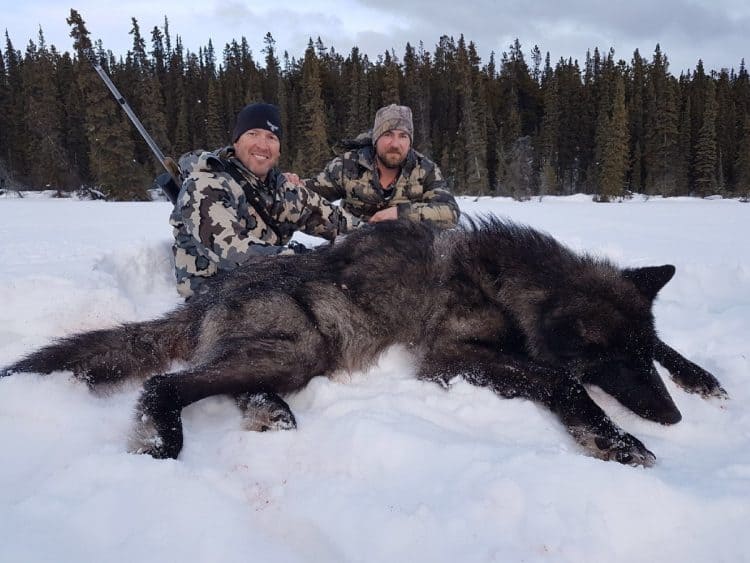 A new public records request to Idaho Department of Fish and Game reveals that Idaho wolf trappers are capturing nearly as many non-target species as they are capturing wolves. 47% of the species captured between the 2012/2013 to 2018/2019 trapping seasons, including rare fishers, wolverine, eagle, and lynx were non-target species.

It is likely that a percentage of those animals that were released alive eventually died from injuries sustained from the traps that either killed them outright or made it difficult for them to find food.

The request was for “data showing capture or mortality of non-target species such as deer, elk, mountain lions, fishers, wolverines, eagles, pets, bobcat, etc. caught by wolf trappers in Idaho between the dates January 1, 2013 and December 31, 2019.”

A previous public records request in 2013 revealed similar problems with wolf and fur trappers in Idaho. That request revealed that 58% of the species captured by trappers who also had a wolf trapping permit, were non-target species.

Some of the species caught by trappers indicates that not all of the species were captured while trying to trap wolves. For example, the data reveals that two fish were killed which is probably more indicative of beaver or muskrat trapping as the cause. The public records response did not explain much about the records received.

Here is the breakdown of the data: 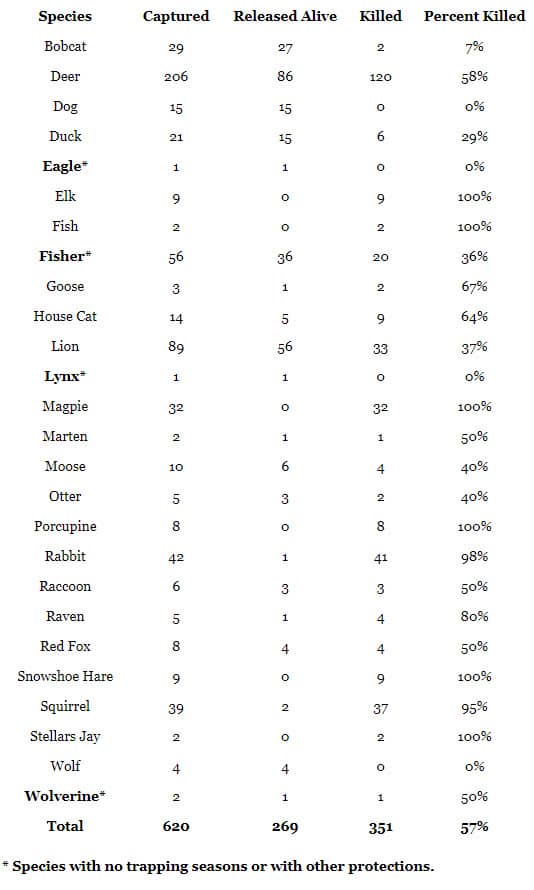 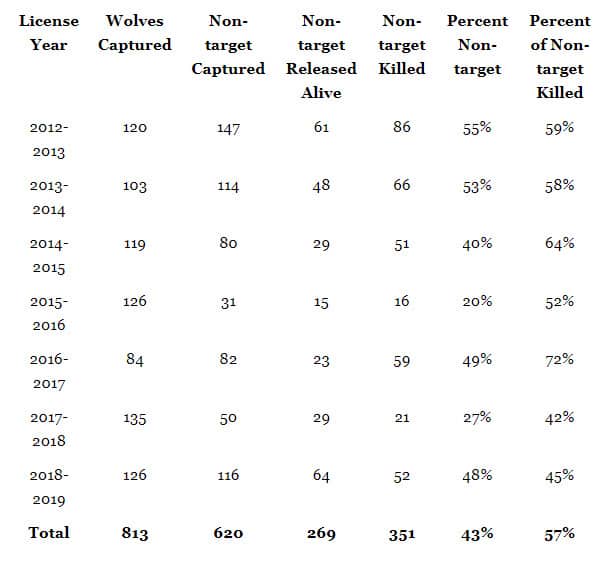 This article was first published by The Wildlife News on 13 April 2020.